It was earlier this year that actress Armeena Rana Khan made her production debut with a short film titled Snapshot, co-produced, directed and penned by Sharaz Ali

It was earlier this year that actress Armeena Rana Khan made her production debut with a short film titled Snapshot, co-produced, directed and penned by Sharaz Ali. Recently the actress, who has been a part of different international projects like Writhe, The Achilles Protocol and The Stranger Within Me, took to social media to announce that Snapshot has made it to not one, but two international film festivals. The short film has been selected by Los Angeles Lift-Off Film Festival as well as the Gold Movie Awards.

“Hey folks. As you may recall, Sharaz Ali and I produced our first short film Snapshot,” Armeena Khan wrote on her official Instagram handle. She added, “It has been selected into the Gold Movie Awards and Lift-Off Global Network thus far. You will be able to view the movie soon on one of these platforms. I am proud of the whole team and the cast.”

Snapshot features Armeena Khan essaying the role of a Pakistani-Canadian girl, who gets stuck in Turkey because of the pandemic and the lockdown as the result of it, alongside Mert Kilic and Turkish artist, Ayhan Isik. “Snapshot is a story relatable to today’s time, and depicts the importance of friendships that can truly be life’s greatest blessing,” Armeena stated via a press release earlier. The story revolves around “platonic relationships” and “bring to the fore the importance of friendship”.

This is not the first time that Armeena Khan and Sharaz Ali have joined hands for a project; in the past they have worked in two films, Writhe and The Stranger Within Me.

After veteran actor Naseeruddin Shah’s comments on the sections of Indian Muslims celebrating the Taliban received backlash, in a recent interview with NDTV, he spoke about the fallout of intimidation and pressure on the industry and major filmmakers. The 71-year-old actor further went on to say that there are certain big-budget films that have ‘jingoistic agenda’ and that making propaganda films was commonplace even during the Third Reich.

“In Nazi Germany also this was attempted. Filmmakers who were outstanding, world class, were rounded up and asked to make films propagating the Nazi philosophy,” he said. “The kind of big budget films that are coming; the big ones cannot disguise the jingoistic agenda,” stressed Naseeruddin Shah.

Moreover, the actor pointed out that while he hasn’t observed any outright bigotry in the film industry, he was advised to change his name back when he started out. Although he has no way of knowing whether it worked in his favour or not.

Naseeruddin Shah “bluntly” stated that filmmakers are being encouraged to make ‘pro-government films’ and ‘films lauding the efforts of our beloved leader’. Not only that, they’re also being financed and promised a clean chit if they make propaganda films.

On his Taliban statement, which he was criticised for, he stressed that “celebration” may not have been the right word to use. “I was referring to those who openly made a statement in favour of the Taliban. The past history of Taliban should make us pretty anxious,” he clarified, adding that what he said was “perfectly reasonable” and that he felt sorry for those getting “rabidly angry” at what he had said.

Global star Priyanka Chopra Jonas, Julianne Hough of ‘Dancing with the Stars’ fame and Grammy winning singer-songwriter Usher have come under fire and are facing criticism after being cast as judges on a reality show titled The Activist, which is scheduled to premiere on CBS next month.

The reason behind the backlash is that creators of the upcoming Global Citizen reality TV series seem to be glamourizing activism. As far as the reality show is concerned, six international activists will be competing with each other to bring attention to their causes on screen. The success of the contestants will depend on their level of engagement on social media. The winner will get to travel to Rome and attend the G20 summit, where they would have the chance to meet with world leaders and get funding for their respective causes.

Soon after the announcement, the show not only caused outrage among the netizens but celebrities and other activists too are criticizing it for its capitalist, elite and business-minded approach. British actress and activist Jameela Jamil took to Twitter and wrote, “Couldn’t they just give the money it’s going to take to pay this unbelievably expensive talent and make this show directly to activist causes? Rather than turning activism into a game and then giving a fraction of the much-needed money away in a ‘prize’? People are dying.”

Moreover, writer and columnist Fatima Bhutto tweeted regarding the show, saying, “The good news is that no actual activists would be caught dead on this show.”

After receiving so much flak, Global Citizen responded to the backlash and a spokesperson told Deadline that “The Activist spotlights individuals who’ve made it their life’s work to change the world for the better, as well as the incredible and often challenging work they do on the ground in their communities.”

They also stressed on the fact that “this is not a reality show to trivialize activism. On the contrary, our aim is to support activists everywhere, show the ingenuity and dedication they put into their work, and amplify their causes to an even wider audience.”

Though the names of the six contestants haven’t been revealed yet, all we know is that the reality show will be broadcast over five weeks starting in October. Till then we’ll have to wait and see what the show is all about. 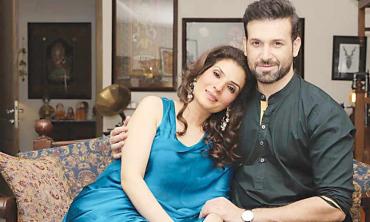 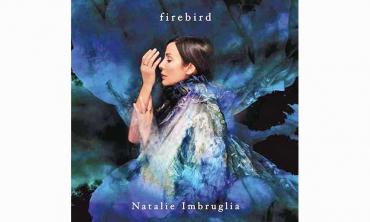 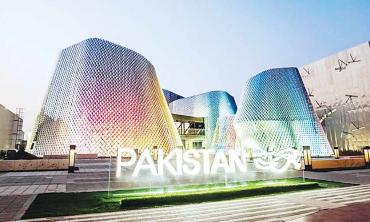