Iqbal Geoffrey did not produce conceptual art, nor collages, paintings or sculptures, he created and added to the genre of Iqbal Geoffrey

People die in their beds, hospitals, battlefields or prisons, but Iqbal Geoffrey died on a newspaper sheet. On September 1, I, accidently, spotted a single-column news item, filed by a court reporter on the back page of an Urdu daily, informing readers about Geoffrey sahib’s death, funeral and achievements as a lawyer and an artist.

Even though he was 82 years old, the news was shocking, unbelievable and unimaginable. Anyone who had interacted with him could not have associated death with that person. He was the most alive individual his followers knew. From 1997, when I first met him, till April this year, the day both of us found ourselves in the same queue for Covid vaccine, the possibility that Iqbal Geoffrey would leave one day had never occurred to me.

Born Syed Muhammed Jawaid Iqbal in 1939, many Iqbal Geoffreys lived in a single life span. When he was among his admirers, contemporaries, young artists or art students; he was one of them; he communicated with ease, earnestness and enthusiasm. His unsurpassable intelligence, his unprecedented wit, and his uncanny clarity, were evident in his art, too.

Iqbal Geoffrey earned an LLM degree from the Harvard Law School, practiced in the courts, produced artworks, exhibited widely, and was collected at important venues. Yet, he was beyond all these demarcations.

Not that he remained unknown. Iqbal Geoffrey’s success has been phenomenal and legendry. Two of his contemporaries, Ali Imam and Salima Hashmi, on different occasions saw his painting, Letter to Neelo, displayed at Tate Gallery in London during 1963-64, a period in which no Pakistani, or a South Asian, not even a coloured artist used to be given space on the prestigious and exclusive walls of the Tate. It would be worth the words to recollect the history of his struggle, and subsequent triumph, mainly dependent upon his work and his intelligence (you cannot separate the two in his personality).

Atists’ names and works are mostly delinked. Take any name, say Pablo Picasso, and it doesn’t reveal content of the great painter’s creations, but in Iqbal Geoffrey’s case, the modification of hereditary Jafri into Geoffrey, was connected to his art, ideas and his identity as an artist. Geoffrey acquired the persona of a modern South Asian, a citizen of two worlds. He deliberately assumed two, different, diverse identities, a feat that signifies his openness to every culture, region, tradition, practice, without the prejudice of origin. In fact, through his art he fought against racial discrimination. To make a point, he submitted his PhD thesis at Harvard University in 1967 consisting only of black sheets of paper.

Whether in the West or here, Iqbal Geoffrey was never a man for periphery; he always occupied centre stage. Had he stayed on in the US, he would have been more visible in the history of art. He deserved it. Even though there were museum shows in the USA (a catalogue on his art was coauthored by Herbert Read in 1963), he returned to his homeland, and continued to create art here.

It was always a challenge to describe a category in which to place him. It was also difficult to draw a line between his two vocations: an artist and a lawyer. Most of his mixed media collages are created on ‘legal’ size paper; and a large number of his legal notices, court correspondence, and lawsuits may well be acknowledged as artworks. Once another advocate informed me about a petition Geoffrey sahib filed on behalf of the trees in Washington Square verses the Government of the United State - a case that in the sixties prefigured environmental concerns, besides being a great example of conceptual art.

Now, looking back at his oeuvre, I believe that he was the most significant, original - if not the only - conceptual artist we had in our midst. I recall seeing some of his conceptual works in his solo exhibition at Alhamra Art Gallery. In 1984-85, a third-year student of the NCA was overwhelmed by what he witnessed, and still is. His use of language, materials and ready-made objects, was immaculate. It was so impressive and thought-provoking that the works from the eighties are still there, fully illuminated in the gallery of my memory. There was a new box of tissue papers that had a market price label, placed next to an empty box, valued exuberantly high, because “It was used by Iqbal Geoffrey”.

In every work, it was the artist who became most prominent, evident, and present. In one of her essays, Guadeloupe author Maryse Conde declares: “I am very fond of saying that I write neither in French nor in Creole. I write in Maryse Conde”. Likewise, Iqbal Geoffrey did not produce conceptual art, nor collages, paintings or sculptures, he created and added to the genre of Iqbal Geoffrey. His works were stylistically dissimilar, but skeletally linked. It was his unusual content and extraordinary format that made every work an exceptional act of imagination. For instance, in 1971, he sent clouds as his work of art, visible only to good people, to the Johnson Museum of Cornell University (produced again in 2013 as Invisible Rain from Lahore for a group show curated by Sadia Sherazi at Khoj International New Delhi).

Along with clouds and rain, Geoffrey sahib used to send letters too, to judges, lawyers, newspapers, artists, friends and foes. These letters, which I am certain, would one day be documented as major works of art, are full of play with words, images, collages, and reveal the writer/ maker’s unmatched ability to transform something as ordinary as language or as mundane as a piece of paper into great works of art. His intervention into printed text, found pictures, and innovative way of joining visuals, cuttings from most unlikely sources, turned these letters into incredible pictorial objects. This was a magic, a miracle Iqbal Geoffrey performed regularly at his Mozang Road law office in Lahore, which also served as his studio.

But his real studio was his mind. A space filled with ideas, dates, names, events and anecdotes; he treated this material as creatively as any artist. Some of the people who attended his talks and remember his conversations, compare his texts, often wasting significant amounts of time in the futile exercise of fact checking. Such efforts are to no avail because Iqbal Geoffrey understood that truth is not reality; the truth of art is superior to the truth of life. On one hand, Iqbal Geoffrey practiced as a human rights and public interest attorney, on the other, his art was an attempt to unearth multiple layers of reality; or reality of art. In a 2015 interview on these pages he said “What I call art is art, what I don’t call art is also art”.

I resurrect my student years at the NCA. Leafing through an Art in America magazine from 1984 I come across a small advertisement. It’s about a solo exhibition by Iqbal Geoffrey to be held at the Museum of Modern Art on Mozang Road Lahore. Following those dates and the address details, I look for the location, with no success. Years later, I realise that it was not an advertisement about artworks, it was the artwork.

On the first day of this month, I came across another text in print. It broke the news of his death. I know it is real, but still hope that it is another creation of Iqbal Geoffrey – and not the last work of art he said he would produce, with his presence but without his perception of it. 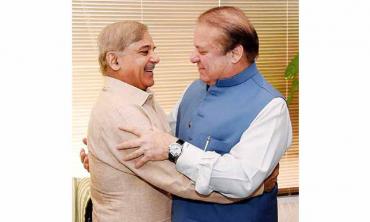 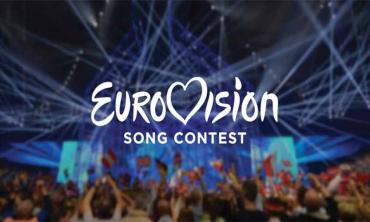 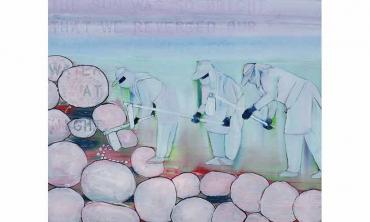