Short films in a post-cinema world

Though they require more detailed planning, expert execution and impeccable direction, short films can be made on a shoestring budget. This has made the niche more popular with young and upcoming filmmakers

Short films, like short stories, are a niche that has garnered quite a bit of commercial success and critical acclaim recently. Prince Charming by Sheheryar Munawar, starring Mahira Khan and Zahid Ahmed, explores the concept of marital depression, a topic considered taboo in social circles. Yet, according to statistics, at least one in eight women suffers from some kind of major depression in their lives, regardless of their marital status.

The short film genre is ideal for today’s generation, whose dwindling concentration spans will not allow them to focus on or become involved in anything that is overly long or tedious. Though they require more detailed planning, expert execution and impeccable direction, short films can be made on a shoestring budget. This has made the niche more popular with young and upcoming filmmakers, who are testing the waters and do not have the resources to dabble in commercial cinema.

With changing tastes and varying demographics, the short film niche has a rapidly growing audience that appreciates mature and thought-provoking cinema, and is more concerned with content-driven cinematic pieces. I am reviewing two Indian short films available on YouTube.

This touching short film was directed by Adhiraj Bose. Naseeruddin Shah and Shernaz Patel play two characters in their fifties who run into each other after thirty years and that too on the female lead’s last night in her home town, when she ventures into a little café owned by Naseeruddin Shah’s character. At first, when he spots her, she does not recognise him, but then recognition dawns and her face breaks into a broad smile.

Expertly woven into the narrative is the story of a young couple, both in their twenties, mirroring the older couple’s youth. The lady is moving to another country with her entire family and there are parallels in the way both the younger and older lady have an obsession for ensuring that the tables in front of them are spick and span, inviting cutting remarks from the men sitting opposite them.

The acting is understated and low-key. The idea of showing the past and the present in one frame is a master stroke. The young couple displays the myriad emotions they are experiencing really well – the pain, the anguish and the torment are clearly etched on their faces. The older couple displays a certain restraint and maturity, which, one supposes, comes with age. Shernaz’s character is planning to move to Nainital, to move in permanently with her sister and plans to take up a job at a school. Her husband has passed away and her children have gone their own separate ways. The older couple is at a stage in their lives where they are free birds and have the luxury to choose their own paths, as they have successfully fulfilled all their familial obligations and responsibilities.

The ease and finesse with which these two seasoned actors handle their respective roles is amazing. The casual banter and familiarity that comes with the protagonists having known each other for decades is captured very well. The younger couple, on the other hand, provides a lens for the viewer to witness the anguish and torment of a parting of ways: the endless promises to keep in touch, the tears and stolen kisses all culminate in this meeting. Three decades later, both have come to terms with their past and are ready to build a future together.

That question is posed by the man’s younger self, which causes him to stop for a minute and wonder whether he can alter the situation, as there is still time. The importance of being together is underlined as both of them are seeking a companion more than a lover, a husband or a boyfriend at this stage in their lives. When the man broaches the idea, the lady at first hesitates but then gives in. Thus while the young part ways, the older versions of them is determined not to repeat the past mistakes and decide to live together. The movie ends on a jovial and casual note. One can identify with the easy companionship and camaraderie that they share. This award-winning short is a nice addition to the repertoire of quality work produced by Bollywood.

Rakesh Bedi, a promising actor, mostly seen in comedic roles, appears after a hiatus in this short film, directed by Danish Ali. The film opens in a nice sea-facing bungalow, rented by a young working couple, with the husband reminding his wife to pay the rent as he could not due to a technical problem. The doorbell rings and Rakesh Bedi, who plays the owner, turns up to ask for the cheque. He stands at the window and watches the waves crashing against the shore, as a young father and son frolic in the water on the beach.

This scene has a poignancy that is explored later. Bedi’s character starts talking to the lady. He says that if he and his wife had had their way, they would have taken up residence in the house, but their children wanted to rent it out for money. On his way out, he stops, as if debating whether to say what’s on his mind, when their conversation is interrupted by a phone call from the lady’s father. She tells him that she would ring back, but when he calls back, she is unduly harsh with him. That is when the camera shifts to the expressions on Rakesh Bedi’s face, capturing the emotions he is experiencing as someone in a similar position, dependent on his children.

He hesitantly asks for Rs 5,000 and makes the young lady promise not to tell his son, and promises to return it as soon as he receives his pension. Bedi excels in the role that appears to be tailor made for him. Although some people might find this film a tad sermonising, it sheds light on a very important issue – the changing relationship over time between parents and children.

The emotional speech delivered by the owner tugs at the heart strings and the viewer cannot help but sympathise with the plight of these elderly parents, who are treated as a burden, rather than as individuals with needs and wants of their own. Although they struggle all their lives to ensure their children are financially independent when they are older, the children grow up to begrudge them their needs and their wants are viewed as nakhras (being deliberately difficult).

This film was not as acclaimed as other short films, but it pinpoints a pertinent issue: the increasingly transactional nature of the relationship between children with their parents and teachers. Do watch these two films on a quiet Sunday, snuggled up by the window. These cinematic masterpieces will entertain and educate in equal measure.

Short films in a post-cinema world 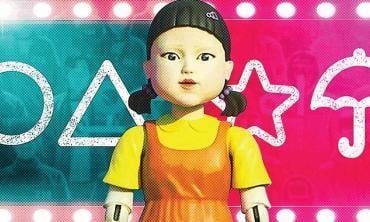 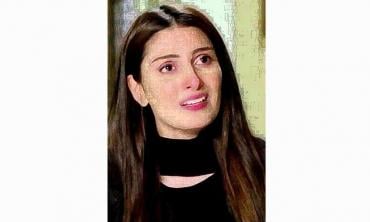 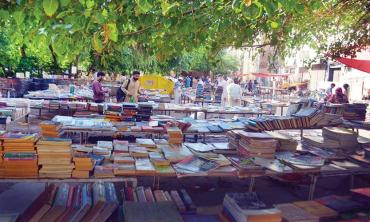