On August 27, the Hamid Karzai Airport was targetted by suicide bombers, who killed more than 150 people. Among those killed were more than a dozen Taliban fighters and US soldiers.

The Islamic State of Iraq and the Levant (ISIL) claimed responsibility for the attack. It also released a photo of the attacker, Abdul Rahman, a resident of Logar province in Afghanistan. Thus, the story that began with Sheikh Jameelur Rehman of Kunar has returned to Afghanistan via the Middle East.

Hailing from Kunar province, Rehman can be seen as an IS pioneer in the country. Four of the 16 people on the group’s central shura (council) are from the province. The IS-K special envoy to the group’s leadership in Syria and Iraq is also from Kunar.

My Afghan refugee friend, Maulvi Farooq, a native of Kunar, recently recounted the story of Rehman’s life and eventual murder. Kunar was the first Afghan province from which Soviet forces had started their withdrawal. Sheikh Jameelur Rehman, a local cleric had led locals in the fight against Russians along with Afghan jihadi leader, Gulbuddin Hekmatyar.

“He was a staunch salafi. He used to issue apostasy fatwas against members of the Hezb-i-Islami. He had attended a seminary situated in the Swabi district of Khyber Pakhtunkhwa.” After the Soviet withdrawal, it was Rehman who in 1990 laid the foundation of the Islamic Emirate of Kunar.

It was during the Afghan jihad against Russains that Sheikh Jameelur Rehman established contacts with Saudi scholars, including Shaikh Bin Baz, the Imam of the Kaaba, and Abu Basir al-Tartusi. Al-Tartusi lived with him for five years. These people had a strong influence on Rehman. Al-Tartusi was also the teacher of Abu Musab al-Zarqawi, the Jordanian jihadi who founded the present-day ISIL.

After the Russian withdrawal, the jihadi factions split up. Rehman moved away from Hekmatyar. His Islamic state in Kunar had a full cabinet, including ministries for education, health, finance and foreign affairs. He also set up an embassy in Peshawar on behalf of his state. Besides regular ministries, he also established armed police in Kunar. The IS was strict in enforcing its way. Flags were removed from the graves of martyred mujahideen and decrees were issued against several heroes of Afghan jihad. The mujahideen leaders finally took up arms against Rehman. Gulbuddin Hekmatyar chased them out of Kunar in July 1991.

After fleeing Kunar, Rehman took refuge in the Bajaur Agency in Pakistan. However, he continued to speak against the Afghan mujahideen. He found an influential local supporter in Sufi Mohammad, the Tehreek-i-Nifaz-i-Shariat-i-Muhammadi leader and father-in-law of the slain Tehreek-i-Taliban Pakistan chief Mullah Fazlullah. His influence was on the rise in the area until in August 1991, an Egyptian journalist shot and killed him.

His death was described as a great loss to the salafi movement. Abu Musab al-Zarqawi was motivated by similar ideas. He had visited Peshawar twice. During one of his visits, he was jailed for a few days in Peshawar for lacking proper travel documents.

Al-Zarqawi is reported to have been present in Peshawar when Palestinian leader, Abdullah Azzam, was assassinated. Both had been fascinated by the jihad in Afghanistan.

Abu Basir al-Tartusi introduced him to the ideology and campaigns of Sheikh Jameelur Rehman in Afghanistan. During his second visit, after the formation of the Taliban government, he went to Afghanistan via Peshawar to meet Osama bin Laden. After 9/11, he arrived in Iraq via Iran with some other Al Qaeda fighters and became in charge of Al Qaeda in Iraq.

When he launched a large-scale operation against Shiites in Iraq, Al Qaeda leader Dr Ayman al-Zawahiri became angry with him and tried to stop him, citing Iranian cooperation with Al Qaeda.

Al-Zarqawi refused to change his ways and parted ways with Al Qaeda. He also started targetting local Al Qaeda leaders. After al-Zarqawi’s killing in Iraq, fighting intensified in Iraq and Syria and the Islamic State of Iraq and Syria became known as ISIS. Fighters from Pakistan, Afghanistan and some Central Asian states also reached Iraq and Syria to join it. In IS language, the word Khorasan is used for the region mainly comprising Afghanistan. It is treated as a province under the Islamic State run by a governor appointed by the caliphate. Today, the governor of the province is Dr Shehab al-Muhajir, believed to be from Iraq. When Bashar al-Assad defeated the IS in Syria with help from Iran and Russia, Hazaras led some of the fighting factions from Afghanistan and Pakistan. There are also reports that young people hailing from Kurram district in Khyber Pakhtunkhwa fought against the IS in Syria and Iraq. That is why the Islamic State targets Shiites in Pakistan.

After the IS defeat in Syria and Iraq, thousands of its fighters arrived in Turkey and Afghanistan.

Meanwhile, following the military operation in Pakistan’s tribal areas, a significant number of Tehreek-i-Taliban Pakistan (TTP) fighters had also fled to Afghanistan. Under TTP’s Mullah Fazlullah, a large number of them were influenced by the ideas of Sheikh Jameelur Rehman and Sufi Muhammad. Inspired by the ISIS, Hafiz Saeed Khan pledged allegiance to ISIS leader Abu Bakr al-Baghdadi in 2015. He also put the fighters together and set up their headquarters in Achin, in the Afghan province of Nangarhar.

In IS language, the word Khorasan is used for a region mainly comprising Afghanistan. It is treated as a province under the Islamic State run by a governor appointed by the caliphate. The current governor is Dr Shehab al-Muhajir, believed to be from Iraq.

Following the TTP practice of FM radio transmissions under the title of Radio Shariah, the Islamic State launched its broadcasts called the Voice of the Khilafah. During this time, several Pakistani and Afghan ISIS governors were killed in US drone strikes.

The Afghan Taliban considered the Islamic State their adversary because of its salafi ideology and launched operations throughout Afghanistan, including Nangarhar, Kunar, Badakhshan, Kunduz and Jawzjan.

The Taliban set up a unit called Badri 31’ to fight the IS-K. Bilal Jadran continued to lead this force under the name of Red Unit in Nangarhar and Kunar. This forced the IS-K men to flee. In retaliation, the Islamic State targetted Afghan Taliban leaders in Peshawar and Balochistan.

The importance of Khorasan province in the Islamic State has come down to control of Kabul. Even the current governor, Dr Shehab al-Muhajir, was sent from Syria. Much has changed since his arrival. First of all, he called for a re-organisation and appointed heads of various departments and developed a regular policy. The basic difference between the Taliban, Al Qaeda, and the IS is documented in these policies.

The Taliban belong to the Deobandi school of thought, which seeks to impose shariah law on Afghanistan. Al Qaeda, on the other hand, wants to spread Islam by launching wars. The Islamic State’s idea is to establish a salafi state and prepare the people there through a model state and then launch campaigns against non-Muslims globally. The Taliban want to rule no country other than Afghanistan; the IS has global ambitions.

Most of the IS-K fighters are young, educated and equipped with modern knowledge. Similar youth can be found in Al Qaeda but not among the Taliban.

There are two main aspects to their presence in Afghanistan. One, ideology; most of them believe that an army will leave from Khorasan for Yemen for the last battle for the supremacy of Islam. The Lashkar-i-Khorasan will have black standards. Two, strategy: Russia and Iran joined hands in Syria and Iraq to eliminate them. In retaliation, they want to harm Russia, Iran and their interests in and around Afghanistan. They might target Pakistan and China as well. Some Xinjiang Muslim fighters from the Islamic Movement of Uzbekistan (IMU) have also joined the Islamic State. The Taliban leaders have meanwhile held meetings with the Chinese and made it clear that their territory would not be used against any other country.

As far as Pakistan is concerned, IS operations started here long ago. It is feared that once the Tehreek-i-Taliban Pakistan (TTP) fighters become disillusioned with the Afghan Taliban, they may join the Islamic State in Khorasan. Operations against IS in various cities of the Punjab, Khyber Pakhtunkhwa, Balochistan and Sindh have weakened the organisation, but the situation in Afghanistan could give them some breathing space.

In Afghanistan, the Taliban are carrying out successful operations against the Islamic State. The Islamic State accuses the Afghan Taliban of promoting the American agenda. Its leaders believe that the Taliban have succeeded in regaining power in Afghanistan with the help of Russia and Iran and ultimately with the consent of the United States. The Afghan Taliban are now IS targets.

Recently, some Taliban leaders attended mourning gatherings during Muharram. This has helped the IS launch a recruitment drive they have been waiting for. The Islamic State is hoping that the disgruntled Taliban fighters will switch their allegiance to it.

The Afghan National Army personnel seeking revenge against the Taliban could also join the IS-K. According to various estimates, their number is around 6,000 and they are spread all over Afghanistan. The Islamic State has active cells in Kabul and sleeper cells elsewhere.

They want to set up a government and bolster their numbers. Until then, they will mostly seek to create an atmosphere of fear by launching more suicide bombings and targetted killings and try to harm the Afghan Taliban.

Like Sheikh Jameelur Rehman who had issued apostasy fatwas against the mujahideen and established a salafi state in Afghanistan, the Islamic State is opposing the Taliban and trying to establish a state in Kunar.

The writer is a  Peshawar-based   journalist, researcher and trainer on   errorism,  conflict and peace   development. He can be reached at frkakakhel@gmail.com 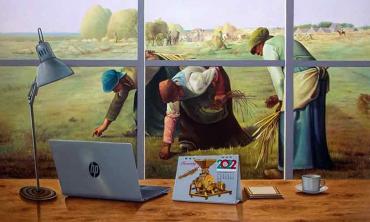 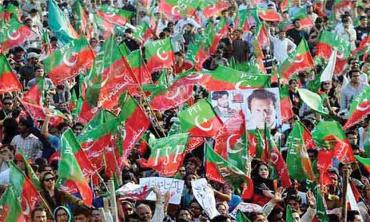