The fall of Kabul following a rapid collapse of the US-trained Afghan military has surprised both the American public and the Biden administration.

In his address to the nation following the August 16 events, President Joe Biden still defended his decision to end the longest war in the country’s history. He admitted, however, that the rise of Taliban forces and the deterioration of Afghanistan’s military had been more rapid than he had expected. “I stand squarely behind my decision. After 20 years, I’ve learned the hard way that there was never a good time to withdraw US forces. I always promised the American people that I will be straight with you. The truth is: this did unfold more quickly than we had anticipated. So what’s happened? Afghanistan political leaders gave up and fled the country. The Afghan military collapsed, sometimes without trying to fight. I know my decision will be criticised. But I would rather take that criticism than pass this on to a fifth president,” said Biden. “I am the president of the United States, the buck stops with me.”

His critics claim that Biden has damaged American credibility and caused a humanitarian crisis in Afghanistan.

To examine the public sentiments in North America, The News on Sunday talked to several Pakistani Americans and analysists monitoring the situation in Afghanistan. A majority of them said one should focus on the future of Afghanistan rather than justifications for the American invasion two decades ago.

Most of the respondents said the chaos in Afghanistan was the result of a poor handling of the military withdrawal and the rout of US-trained Afghan forces by the Taliban. They said it had hurt the US reputation both for reliability as a partner and for competence.

Grayson Field, a scholar of religion and culture, said US President Biden’s decision to withdraw was shortsighted and ill-planned. He said it would have terrible consequences for human rights and civil liberties in Afghanistan. “To abandon a wholly dependent ally for saving the budget and good public relations will damage the trust much of the rest of the world has had in the United States. This is something the West can hardly afford in the current geopolitical climate. Getting out of wars demands planning and intelligence as good as are needed to get into them,” he said. He said the US will surely be perceived as having lost what George W Bush had called the war on terror.

“Despite having military assistance from one hundred and thirty-six countries, America’s modern tools and tactics proved ill-equipped to counter the Taliban. Its warplanes and missiles were unable to guarantee victory over 60,000 fighters in a country the size of Texas. It is a fact that since 2001, the ISIS, Al Qaeda and extremists from other jihadi organisations have seeded franchises on all six continents.”

Calling the US withdrawal “the best of the worst”, Nasir Ahmed Bajwa, a Pakistani-American, said it was poor management and a gross miscalculation of the Taliban’s strength that had led to the debacle in Afghanistan. “This will bring China, Iran and Russia closer to Afghanistan. The message has gone across that the US is too preoccupied with domestic issues to pay attention to the defence or to the economic recovery of post-war Afghanistan. Like the US, China is interested in ensuring that Afghanistan does not become a breeding ground for exporting militancy and terrorism. Afghanistan can provide an opportunity to the US and China to cooperate in the security sphere. This can have favourable results in other areas too,” he said.

“Poor management and a gross miscalculation of the Taliban’s strength led to the debacle in Afghanistan. The message has gone across that the US is too preoccupied with domestic issues to pay attention to the defence or economic recovery of the post-war Afghanistan,” says Nasir Ahmed Bajwa, a Pakistani-American.

Following the Taliban arrival in Kabul, thousands of Afghans gathered at the Kabul airport, hoping to get out of the country. Some even tried to latch onto US planes. The chaotic scenes have evoked condemnation throughout the world, with German Chancellor Angela Merkel calling the situation “bitter, dramatic and awful.”

Richard Nelson, a public policy teacher, said the US decision in April to announce a firm September date for the pull out must have been based on thorough deliberation. “However, the events of the last few months make it clear that these US decisions were based on a poor understanding of the damage already suffered by the Afghan government’s capacity, morale and authority, as a result of the US negotiations with the Taliban. Over last two years, the Taliban had gained strength while negotiating with the US. They had also taken advantage of the political space created by divisions among Kabul leaders, grievances around the country and persistent corruption and poor governance at many levels. America’s handling of the negotiations fatally reduced the credibility of the Kabul government. Trump’s repeated insistence on pulling out US troops without taking the Afghan government on board reinforced the demoralising message,” he said.

“There can be no doubt that the collapse of the Afghan government and military is a disaster for the peace and freedom of the people of Afghanistan,” said Muhammad Zubair Wajib, a student at the University of Concordia. “The fall of Kabul will be written as a black chapter in the history of US global power. The US launched the Great Rescue in the nineteen-forties to help Europe against Nazi forces,” he said.

Eighty years later, he said, the US had engaged in a great retreat against a militia having no airpower or artillery in one of the poorest countries of the world. He said the long term implications of the recent decision of the Biden administration would play out over years and decades to come not only for Afghanistan but also for the region and the US. He said although the future of Afghanistan was uncertain, its neighbours, particularly Russia, India, Iran, Pakistan and China had to play their roles to ensure peace. “The US, with the cooperation of the regional powers, should mobilise its remaining tools of leverage to pressure the Taliban. The Taliban must formally declare an end to the fighting. Until they do that, no one should feel easy,” he said.

The United States’ efforts for two decades cannot be disregarded altogether. There were many successes. It fostered the birth of a vibrant civil society, the girls’ education and free and independent media. According to a report by Human Rights Watch, 37 percent of Afghan girls can now read. It facilitated democratic elections and ensured peaceful transfer of power.

According to a Brown University report, 47,000 civilians have died in the Afghan war. Also among the dead were 2,400 US military personnel and 4,000 US contractors.

“In its race to withdraw, America erased not only its presence but also all the sacrifices it made in Afghanistan,” said Mustafa Bilal, another Pakistani-American. He said the American people asked the government for the fruits of those sacrifices. “A lot of Afghans are desperately trying to find some way out of Afghanistan as the Taliban have taken over. For sure, women have pulled out their burqas and the democratic system is to be abruptly rolled back,” he said.

Calling it a human tragedy, he said, it will get worse. “Thinking through the strategic implications of this takeover, the world must never lose sight of the lives lost, the dreams destroyed and the freedoms forfeited. Regardless of which president started and which one concluded this war, the US must acknowledge that it bears considerable responsibility for the gloomy foreseeable future of Afghanistan.”

“US experience in both Iraq and Afghanistan has proved that nations cannot be built and armies created out of nowhere, especially in countries with a tiny middle class and low education rates even with the assistance of foreign forces and economic aid. Nations can only be built from the inside, not outside,” Atif R Mian, a Pakistani-American economist, said.

The writer is based in Canada. He is a student of religion, culture and global justice 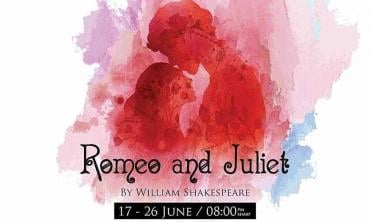 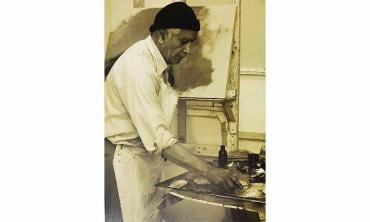