Women have long received instruction on the best way to conduct themselves in society for best results; but where are similar instructions for men?

Women everywhere are making huge leaps in the world into futures they imagine and carefully carve out for themselves. This includes Pakistan. There is nothing a woman can’t be or do anymore, except actually, physically, be a man unaided perhaps, and that’s just biology.

Women have, always been told what they should be, though.

And as the world spun and ideas changed, women were told to be brave, strong, resilient, resolute.

While the latter ideas sound progressive, they are really just different words masking the same idea; how anyone – men, children, other women, sometimes the weather and animals – behave, depends on how each individual woman behaves.

While everyone knows the content on Pakistani television can be problematic – and we refer to TV as a mainstream media as that is the one consumed most by the masses – it is also quite popular. (Refer to In conversation with Shahzad Sheikh on back page).

And though we are aware, and often talk about the negative portrayal of women on TV, we should be mindful of the fact that this particular portrayal has its roots deep in classic and popular Pakistani literature.

Since time immemorial, women have been treated to islahi (corrective/instructional) texts. Be it Bahishti Zevar, which is a great handbook if you want to learn more about the instructions on bathing and purification in Islam, or the correct way to perform namaz, while learning that angels curse a woman who refuses her husband’s advances; or Humsafar the novel – and the series – women are reminded often of how they must conduct themselves in order to be on their very best behavior.

Deputy Nazeer Ahmed took upon himself to correct a whole generation of women with Miraat-ul-Uroos along with his other books Banaat-un-Naash, Tauba-tun-Nisuu, etc. in the 19th century. The story is well-known to us: Akbari and Asghari are sisters married to two brothers. Asghari is clever and a domestic goddess, while Akbari is luxury-loving and a bit useless. While Akbari wrecks her marriage because of her gluttonous and slothful nature and Asghari is revered for her success as a woman, we often neglect to mention her fate according to Deputy sahib. Asghari, absorbed as she is in homemaking and running a successful business, neglects her husband so much that he falls into bad company! Once again, the men of the world were by failed by women just trying to do what they knew.

This story has been adapted a few times for television, and inspired many others. If we move a little further into the future, writer Bushra Rehman painted quite the picture of what a successful woman looks like.

In the ‘70s, Rehman insisted, though in a rather lovely manner as was her style, that women ought to be three things: docile, well-versed in domesticity and well-dressed. Her novels are worth a read for their picture-perfect men, women who need to be guided to the right path, and of course, the many, many descriptions of gorgeous outfits that everyone wears through the course of the story. If you love the aforementioned details, give Lagan a read right away; it is truly iconic if extremely problematic.

The ‘80s brought us the pits of unintelligent cinema. One of most recognizable names from the era remains that of Maula Jatt, which fits completely the ideal of ‘Third Cinema’ as envisioned in the anthology Rethinking Third Cinema, edited by Anthony R. Guneratne and Wimal Dissanayake. Third Cinema broadly refers to film in developing, once-colonized countries. The hero of the films that emerged from these countries for a while, became a brash saviour and protector of the disenfranchised and unempowered.

In Pakistan, while the tail-end of the ‘70s saw the subversive Aurat Raj, it wasn’t without its Society Girls,Maula Jatts and Lady Smugglers and Manila Ki Bijliyan. You were either a woman, who once raped, has no choice but to dance briefly to your death, or if you’re even slightly emancipated, you’re probably a criminal. And if you smoke, and maybe go clubbing with gentlemen callers to support your younger sister like a single parent, you will die of some tragic disease.

Throughout popular portrayal of women in Pakistan’s various media, the lesson is clear: you must either be virtuous and a good girl, or be ‘modern’ and die.

We learnt our lessons well. The ‘70s were also the time when the well-meaning Chaand Group Of Publications launched their Urdu digests, Khawateen Digest, Shuaa, and Kiran. This is where it gets a little more interesting. These publications were meant to simplify and bring literature to women in every corner of Pakistan, and to be fair to them, they have delivered on this ambition.

Somehow though, things took a turn. Let’s call it the Umera Ahmed Hangover. Umera Ahmed as we know, is a sublime writer who can turn words like no other. But where she started on a note of introspection and a touch of spiritual exploration, the journey for her, and writers influenced by her led to a destination where women were being instructed on how to behave once again.

You have to be a Kashaf, or you can be an Asmara. Or you could be Zaroon’s mother who is just too caught up in her elitism to really care about what her son really wants. While Kashaf’s story is of course inspirational, and we love that she pursued an education and a career, this is the kind of narrative that leads us to believe that there is no place for gentleness or self-care, for lack of a better word, for determined women. Or you absolutely cannot enjoy life without remembering that your beautiful face, or wealth are an illusion. Cue Shehr-e-Zaat.

What our writers slowly lost sight of was the fact that, women, like every other sentient being in the universe, are not black or white. While we call out men for their Madonna/Whore complexes, we must remember that women will often believe in or perpetuate this myth. And women will often be guided by the mass media of their times: once upon a time, it was the good Deputy and his many musings on feminine conduct; today it is TV, film, and Soul Sisters.

These are the same writers, who most likely grew up on the same literature mentioned earlier, who moved on to bringing their craft to TV. Umera Ahmed, Farhat Ishtiaq (Humsafar), Maha Malik (Jo Chale To Jaan Se Guzar Gaye) and many others got their start in the Urdu digests that were brought to entertain and educate women in the ‘70s. These digests too though, have evolved over the years into islahi manuals for the good Pakistani Muslim woman.

By all means, let’s instruct women on how to behave. After all, when you educate a woman, you educate a nation. But what about the men? Where is the instructional material for them? You know, the one that reminds them that maybe killing your daughter for not heating your food is a bit extreme. Or stabbing someone for breaking up with you is not the best way to win them back. Watch a post-’96 Shah Rukh Khan movie or two, bro, maybe sing some ‘Tum paas aaye, yuun muskuraye’ for her. Don’t stab her or shoot her or dismember her, FFS.

In correcting the behaviour of women in the subcontinent, we have really neglected to remind men that they are living, thinking beings who don’t wholly rely on women to act in order to react. They might attempt being decent all by themselves. Or you know, try not walking out of their pants, leaving them on the floor, because ammi, behen, or whichever miscellaneous woman who will clean their room in the morning will. And not beat them or kill them or maim them if they refuse to pick up after an adult man.

So this is a broad appeal to anyone who might listen: let’s create male characters that will teach other men how to behave better, and women, how to expect men to actually treat them. Perhaps the government would like to get in on this action and incentivize such projects, so that we may inspire men to move beyond their current identification of being non-robots, and become human beings with empathy.

By all means, let’s instruct women on how to behave. After all, when you educate a woman, you educate a nation. But what about the men? Where is the instructional material for them? When will we see male characters that can teach other men how to behave better, and women,
how to expect men to actually treat them. Perhaps the government would like to get in on this action and incentivize such projects, so that we may inspire men to move beyond their current identification of being non-robots, and become human beings with empathy instead. 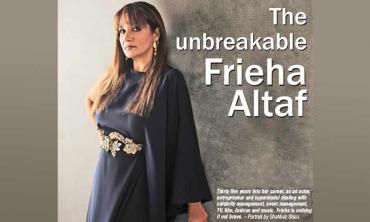 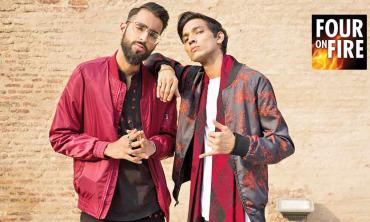 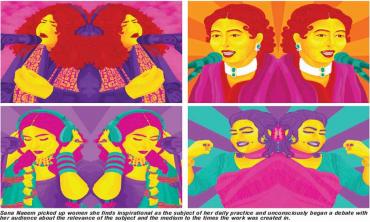