The death of a ‘talented cousin’

Sardar Mumtaz Ali Bhutto, who passed away this week at 88 navigated many twists and turns in his political career spanning over 50 years. Despite being a hardline Sindhi nationalist and a good administrator he struggled to adjust to Pakistani politics

“It was around 3 or 4 am on April 4th, 1979. Abdul Hafeez Pirzada and Mumtaz Ali Bhutto came to my residence to inquire whether the execution had been carried out or not. I said yes and broke down. Mumtaz stood [up] from his seat, came towards me and put his hand on my shoulder to console me. Then the two left quietly,” writes Roedad Khan, the interior secretary at the time.

Years later, Mumtaz Bhutto and Pirzada, along with Sardar Attaullah Mengal, flouted the idea of a confederation and formed a front to work for it.

Sardar Mumtaz Ali Bhutto, who passed away this week at the age of 88 at his Karachi residence after a protracted illness, was among the four surviving members of the National Assembly elected in 1970. The other three are Syed Qaim Ali Shah, Ghulam Mustafa Khar and Ahmad Raza Kasuri. His political career of over 50 years was replete with controversies.

A few weeks back, I met Barrister Kamal Azfar, who had served as Sindh’s finance minister under Mumtaz Ali Bhutto, the governor and chief minister. We spoke about their differences.

“It was over the Sindhi Language Bill,” he said, adding that he only wanted a slight change in the phrasing but Mumtaz Bhutto and Rafi Raza, the prime minister’s special assistant, did not agree.

“In a meeting I told both of them that under the constitution, Urdu is the national language. Sindhi should be included as an official language of Sindh along with Urdu. I also made this point during my speech in the Sindh Assembly but could not get much support from the treasury benches. The opposition welcomed it,” he recalled, adding that when ethnic riots broke out and several people were killed, he resigned from his post as a minister. However, Zulfiqar Ali Bhutto insisted that he continue and resolve the issue by taking Urdu-speaking intellectuals into confidence.

“I wish Mumtaz and people like Rafi Raza and Abdul Waheed Katpar had agreed with me. We would have avoided political strife. The same was adopted through an amendment but only after riots broke out,” he stated, adding that he still believes that had Rafi Raza passed on his proposal to ZA Bhutto, things would have been quite different.

Sardar Mumtaz Ali Bhutto, the “talented cousin” as he was once described by Zulfikar Ali Bhutto, one of the last four survivors of the 1970 National Assembly passed away at his Karachi residence this week after prolonged illness.

He was surrounded by scores of controversies during his long political journey. These started when he was first elected as an MNA in 1965 from his native Larkhana on a Muslim League ticket.

After ZA Bhutto quit Ayub’s cabinet and launched Pakistan Peoples Party, Mumtaz Bhutto, too, became a founding member. He served the party till he quit in the early ’80s, after ZAB’s execution. He remained in prison and under house arrest on several occasions.

After leaving the PPP, along with Abdul Hafeez Pirzada, the former federal minister, he joined Sardar Attaullah Mengal, the former Balochistan chief minister, and called for a new political order under a confederation scheme. This failed to muster much support.

He then set up his own party, the Sindh National Front (SNF) that was later merged with the PML-N in the ’90s. However, he could not get along with Nawaz Sharif and ended up reviving the SNF.

Two years ago, he merged the SNF with Prime Minister Imran Khan’s PTI. However, they did not get along well and he ended up on political isolation. His political legacy has fallen to his son, Amir Bux Bhutto.

“I was misunderstood. I only wanted to uplift the suppressed smaller communities. For that I was called a Sindhi nationalist and a conspiracy was hatched to remove me,” said Mumtaz Bhutto.

Mumtaz Bhutto quit the PPP after he developed differences with Benazir Bhutto, then party chairperson. He was always remembered as a strong administrator. In 1996 he served as the caretaker chief minister of Sindh following the dismissal of Benazir Bhutto’s government.

He had earlier served as Sindh governor in 1972. He was later elected as the chief minister but resigned in 1973 against the backdrop of the famous Sindhi Language Bill controversy. Later on, he served as the federal minister for communications.

In his book, Confederation, Dr Jafar Ahmad has quoted Mumtaz Bhutto as saying the reason he was compelled to resign as CM was an ISI report against him.

“The Inter-Service Intelligence had sent reports against me, saying I was backing Sindhi separatists. That was not true. I was twice called to Islamabad and in marathon meetings in the presence of bureaucrats and some military officials, Pakistan’s ambassador to Afghanistan, MH Ispahani, said that he had heard that the Sindh CM was supporting Sindhu Desh. I denied that.”

He went on to say that on the same night he had dinner with the prime minister. Next day when he arrived in Karachi, he heard the news that Ghulam Mustafa Jatoi had resigned as an MNA and would be contesting a Provincial Assembly seat. “I realised that a decision had been taken. I went to a rest house in Sajawal and sent my resignation,” he said.

Dr Ahmad highlights some of Mumtaz Bhutto’s achievements as chief minister and as minister for communications, and port and shipping.

When Zulfikar Ali Bhutto was first elected as an MNA from under the 1962 constitution, and become a federal minister, he had to resign as an MNA a year later under the Supreme Court order that held that a member of the National Assembly who joined the cabinet could not remain an MNA. When Bhutto resigned, Pir Bux Bhutto was nominated for the seat.

Pir Bux faced a stiff challenge from seasoned politicians like Abdul Hameed Jatoi, who at that time enjoyed the backing of people like Dr Ayub Khuro. Bhutto, therefore, personally campaigned for Pir Bux and ensured that he was elected. After Pir Bux quit, Mumtaz Bhutto was elected from the constituency.

This was the beginning of Sardar Mumtaz Ali Bhutto’s political innings which concluded earlier this week against the backdrop of an alleged assurance by Prime Minister Imran Khan to give him an important political role in Sindh.

Mumtaz Bhutto had joined the PPP as a founding member and remained in the party till Zulfikar Ali Bhutto was executed. He later denied the impression that he did not try to launch a movement to save ZA Bhutto during his murder trial.

Like many other PPP leaders, Mumtaz Bhutto was arrested and detained by military authorities following the imposition of martial law on July 5, 1977. In 1983, he went into self-exile in London, where he, Sardar Mengal and Hafeez Pirzada founded the Sindhi, Baloch Pashtoon Front and called for a confederation. He became convener of the Front and returned to Pakistan in 1986. Benazir Bhutto, too, returned at about the same time but the two never got along well.

The 1983 MRD campaign led to the exit of many PPP leaders Benazir Bhutto used to call ‘uncle.’ GM Jatoi, who led the MRD, was forced to quit after his son Murtaza Jatoi was arrested on the charge of for killing some soldiers’ during the MRD movement.

Jatoi and Mumtaz Bhutto could not join hands because of a lingering political rivalry as the former had replaced the latter as the Sindh chief minister.

I got to interview Mumtaz Bhutto several times. Like his cousin, Zulfikar Ali Bhutto, Mumtaz, loved reading books and had a huge library. The last time I interviewed him was in 2009.

In one of these interviews, he denied that he was anti-Muhajir or resented Urdu-speaking people. “I was misunderstood. I only wanted to uplift the suppressed smaller communities. For that I was called a Sindhi nationalist and a conspiracy was hatched to remove me.”

Despite being a hardline Sindhi nationalist and a good administrator, he, could not adjust to Pakistani politics. This can be judged from the fact that he failed to make a strong political comeback after leaving the PPP. His political journey saw many twists and turns. He had merged his party with the PTI but was not satisfied with that decision either.

Syed Mushahid Hussain had persuaded him to join the PML-N in 1997 at a time when the party and its allies formed the government in Sindh. He had endorsed Nawaz Sharif’s vision of Sindh Forward Strategy, but perhaps expected a position like the governor.

“He was a talented person but could not come out of the tag of a ‘talented cousin’,” said Hussain, adding that Mumtaz Bhutto, like Shahbaz Sharif, was a good administrator.

The writer is a senior columnist and analyst of GEO, The News and Jang

The death of a ‘talented cousin’ 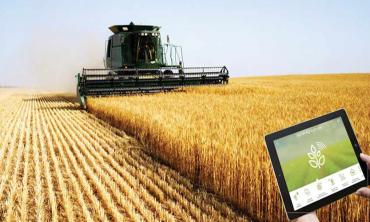 On the digitalisation of rural areas 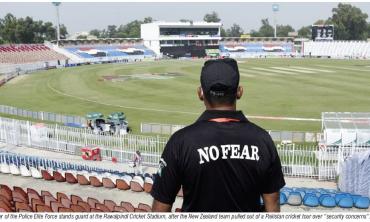 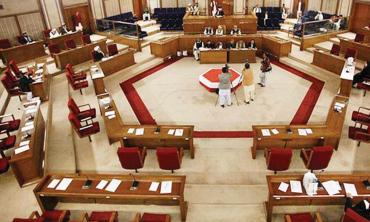 Crisis in the assembly