DJ Shahrukh left Pakistan in 2013 under difficult circumstances but continued his musical journey as an EDM artist in Sweden. As he returns to Pakistan after close to a decade, Instep speaks to the artist about changing sounds, his continued association with Pakistani music and his latest project called Sound Quest.

You may or may not remember DJ Shahrukh. But his contribution to Pakistani music remains prominent. From Umair Jaswal to Ali Gul Pir, Abida Parveen and many others, the DJ/EDM specialist hasn’t ever taken his eyes off the prize.

Based in Stockholm, Sweden at present, when DJ Shahrukh left Pakistan in September 2013 under difficult circumstances, he wasn’t sure he was ever going to be able to come back. The EDM musician and his family were forced to flee the country almost a decade ago, when death threats directed towards his father – a human rights activist who spent years working for peace between India and Pakistan – left them fearing for their safety. With the help of the United Nations, they moved to Sweden, where Shahrukh continued his musical journey.

Earlier this year, he finally managed to return to Pakistan amidst the changing political atmosphere with a new project. Aimed at bridging the divide between the East and the West, it is titled SoundQuest. DJ Shahrukh describes it as an electro-ethnic venture, which was funded by the Swedish Arts Council, blending Swedish artists with Pakistani musicians. In a chat with Instep, Shahrukh talked about the genesis of SoundQuest and his hope to achieve this endeavour.

Instep: How did you feel returning to Pakistan after nearly a decade?

DJ Shahrukh: When I was in Pakistan, I always dreamt of travelling [across] Europe. When I did leave the country, I didn’t think I would ever be able to return, and to come back to Pakistan became a dream. My Swedish friends had been showing me around their country for almost eight years, and now it was my turn to return the favour. Nothing beats Pakistani hospitality. My Pakistani friends were always there making sure that we had no problems during our trip. Forgotten songs played as we drove through the familiar streets of Lahore and Islamabad. It was very euphoric.

Instep: How did the SoundQuest project come about?

DJ Shahrukh: I had always wanted to show off Pakistan and it was a kind of a surreal dream that brought me to create SoundQuest. Earlier last year, a group of artists from the North of Sweden reached out to me saying that they were interested in visiting Pakistan with me. I travelled up to a place called Pitea, just a few miles from the Arctic Circle to work with them. Things didn’t work out with that group, and I came back to Stockholm with little hope left. But then I met Kenzin, with whom I initially shared a studio space. We were both broke, and realized that we can’t pay studio bills, and so we started discussing ideas. We made a good team and I brought him in as co-founder on my plans. The Swedish Arts Council accepted our application for support and our project was partially funded. We needed to be taken seriously and this was the opportunity.

After that I wrote to, met, or worked with at least 50 artists from all over Sweden, and they all kept dropping out at different stages of the project, for different reasons. Most of them were uncertain. The global pandemic followed by the image of Pakistan in the West, among other reasons. But eventually I was able to gather a group that was a perfect fit for this project.

Instep: How long did it take you to put the whole thing together? Did you face any challenges along the way?

DJ Shahrukh: I had already been brainstorming and having discussions with different people about starting something akin to this collaboration for a few years. We began by trying to bring Pakistanis to Sweden, but that came with its own set of complications and didn’t quite float. SoundQuest really took off in October 2020, when our first single came out. After that, I started putting together the travel while my partner Kenzin started compiling the production. Within four months, we were in Pakistan!

Besides finding the right artists, we faced the challenge of raising funds and partnerships for this project, during a global pandemic. No one was convinced that we could actually make this happen. It is no secret that the Western media has portrayed a very bad and unfair picture of Pakistan, and to convince artists otherwise was also not easy.

Instep: How were the Swedish artists chosen?

DJ Shahrukh: I wanted to create a group that was diverse in talent, big enough to make an impact but small enough to be able to manage. While skill and talent were important, it was most important that the artists were free-spirited and open-minded. They were going to travel across the globe to a place with people, culture, weather, norms, laws, traditions, and values completely opposite to theirs, and so they had to understand and respect that. I wanted to make sure that any artist who was with us, enjoyed the experience. We have already faced enough criticism; we don’t need more. We need collaborations, opportunities.

I was looking for those who could look beyond the mainstream propaganda, beginning with having faith and curiosity about the arts and music, regardless of the political noise and more than what CNN was telling them. The artists who put their faith in me, and for which I am forever indebted to them, are producer, singer, and instrumentalist Felix Grondahl (Kenzin); singer and instrumentalist Eva Dunder; tabla player Eric Ji; photographer and backing vocalist Tuva li; and DJ/rapper Clara (Zima.Vit_e).

Instep: How would you describe the music made with the aforementioned musicians?

DJ Shahrukh: The idea is to create a new sound that takes elements of electronic music of the West and combines them with elements of traditional ethnic music originating from remote locations in the East. It made me coin the term “electro-ethnic”.

We’re steering clear of any formula to commercial success. That is not what drives us. Our music is a concoction of rap and vocal melodies, mixed in multiple languages with electronic beats and organic rhythms. It is hard to put any of our tracks in a specific category or genre.

Instep: How many songs did you work on?

DJ Shahrukh: We drafted about 10 tracks, out of which at least six will be complete and released by the end of 2021. Our first single, ‘One More Time’ expresses the feeling of travelling for musical exchange. The song is about staying true to your purpose and gives motivation to always keep moving forward.

The second track we have released is ‘Som En Vag’ which translates to ‘like a wave’. The song takes inspiration from the life of a wave, how it continues through the sands of time. This is a fusion of Swedish folk singing styles jojk and kulning with the traditional Pakistani instrument tabla, all merged together in an EDM arrangement. We shot the music video for this track in Malam Jabba, KP. Having returned from Pakistan with loads of audio-visual material, it took us time to compile all of content and make it ready for release.

DJ Shahrukh: The production process was very technical. I reached out to many artists; Harsakhian, Saakin, Ali Noor, and Ali Azmat, to name a few, and of course their response was very accommodating, but because of uncertainty due to pandemic restrictions and the challenge of distance and time, a synergy could not develop.

But then producer Ali Mustafa helped us in the recording and production process and introduced us to some really cool artists, like Zoha Zuberi and Mulazim Hussain, who worked with us on some tracks. As this is not a sponsored project, artists had to work with us for free, which was not very motivating. In the future we hope that some brands will get involved and help us in bringing more Pakistani artists onboard.

Instep: What role did Ali Zafar play in this project?

DJ Shahrukh: Ali Zafar was our biggest support throughout the trip. We were literally lounging in his studio all the time. He introduced us to many artists. He arranged a tour of Lahore’s Walled City for us, and took us to hang out with kids at an orphanage supported by The Ali Zafar Foundation. We met Shoaib Akhtar, we had dinner with Yousuf Salahuddin at his Haveli and discussed the music industry in Pakistan and his journey as a producer. We even played at a Lahori wedding, opening for Ali’s performance. Ali hooked us up with PC Malam Jabba, where we did a performance and recorded a music video as well. All of these experiences put a really incredible impression on the foreign artists.

Instep: What does the future hold for SoundQuest?

DJ Shahrukh: The main aim of SoundQuest is to promote cultural tourism to Pakistan from Sweden and other Scandinavian and European countries. Pakistan has a much better image in the West now than it did just a few years ago, and we are happy that tourism is of the highest priority.

Currently we are working on our Pakistan Tour 2022, which aims to have a more diverse range of artists, with an even bigger production value and impact. SoundQuest will continue to bring Swedish and Pakistani artists together on a platform to create musical fusion. 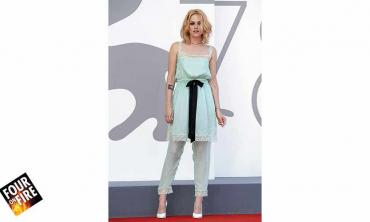 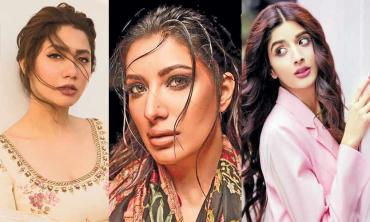 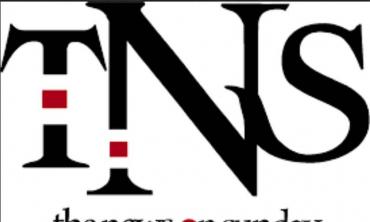