The part that I enjoyed the most in the short story Are You Enjoying? is a brief snippet from the protagonist’s conversation with his much younger lover.

“Are you enjoying?”, Asher asks Soni fervently during a particularly intimate moment. Sethi hits the nail on the head as this sentence alone places him in a specific rung of society as classified by an elite Pakistani. The question leaves no doubt about the social gulf between the couple as their relationship plays out in the story. There is nothing new about the storyline: the poor rich girl sleeping with buff middle-class gym trainer/ former squash player. The author does not suppress eroticism in her stories, especially this one. Her success lies in seeing situations from the lens of the mundane, as well as through the troubling and deeply repressed reality of sex in Pakistan. Mira Sethi’s unselfconscious stories accentuate the intimate and provide a layered understanding of character much needed in Pakistani fictional landscape and in mainstream entertainment content on TV and in cinema.

In Mini Apple, the first story in this collection, a sexual liaison provides food for thought at several levels – about how thick-skinned one needs to be to survive in a dog-eat-dog world; about finding real intimacy; and how, often, people are not what they appear to be from a distance. Javed, a former actor and now a well-known news anchor on television, discovers his powerlessness when things do not go the way he wants them to. Sethi deals kindly with his problems. She also sets up the context of the story well. Her description of a certain Islamabad lifestyle is spot on.

Like her life as an actor and writer, Sethi’s stories speak to multiple audiences – even though all her stories are based in Pakistan. At times she addresses the well-heeled Pakistani; at others she seems to be talking to her peers at her American alma mater, explaining some Pakistani idiosyncrasies in a whimsical manner, a bit like Mohsin Hamid in Mothsmoke.

A Life of its Own romanticises feudalism. The fictional Maujpur is a three hours’ drive from Lahore. Begum Zarreen Bokhari and her family have a life of privilege. They suffer a big blow when a young village woman faces dramatic injustice. As their moral dilemmas come to the fore, Begum ZB’s daughter-in-law appears to be carrying the banner for truth. Several South Asian tropes emerge within the storyline from the archetypal mother-in-law and the ambitious middle-class daughter-in-law to the rather ineffectual son. This is an entertaining read. None of the stories are connected, except for this one, presented in two parts. Sethi inspects how women challenge patriarchy in our part of the world.

With most of Sethi’s characters, we get the feeling that we know and recognise them. Mehak, the young aspiring actress facing the casting couch; Zarrar Ejaz who understands that his sexuality won’t fit a traditional marriage; Hafeez from the Islamic Students’ Ittihad who sets out to destroy the liberals he cannot stand. Sethi’s short stories put a convincing spotlight on Pakistani society where some things can be explained and some just cannot.

The reviewer is a journalist and was most recently the Editor at HELLO! Pakistan. Previously she was an Assistant Editor at Newsline Magazine. You can find her at amnarali.com and @amnarali_official 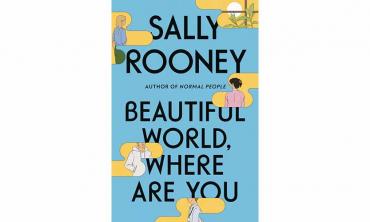 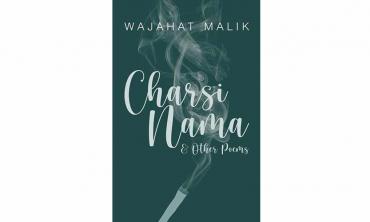 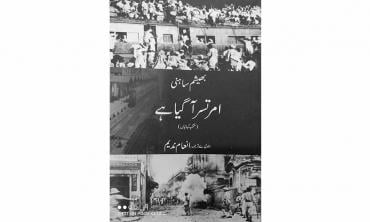