The Sikhs of Orakzai Agency

In the past two decades, Dharam Singh has travelled to dozens of cities across the world – except the one his heart yearns for. “I don’t want to go to Switzerland,” he tells The News on Sunday. “All I want is to go home. Back to my Orakzai Agency.”

A hakeem by profession, Dharam belongs to the Mamozai tribe of Orakzai Agency that has been home to the Sikh community for centuries. His father, Kartar Singh, was a venerated tribal chief in the 1970s.

“In those days, disputes between tribes were resolved with exchange marriages,” he says.

But Orakzai Agency’s exchange marriage came with its own set of rules. The Sikhs were considered non-partisan, they were the intermediaries between warring tribes and families, it was forbidden to use a bullet against them under the tribal code. “The married women were escorted to their homes by members of the Sikh community and not their family.”

That’s where the Kartar Singh family came in. Revered as the most trusted family in the tribal district, Kartar Singh was entrusted with the wellbeing of the women.

Despite the family roots, Dharam decided to leave his hometown in 1998 to look for work and better opportunities. Initially, he went to Sada in Kurram Agency (now Kurram district) but the rising sectarianism in the tribal district and several incidents of violence between warring tribes drove him to Peshawar.

Unfortunately, a wave of terrorism had taken over the city of flowers in the early 2000s, leaving Dharam with no choice but to travel to Lahore, where he now runs a dawakhana[homeopathic clinic].

His heart, though, is still in the lush mountains of the Orakzai district.

Last year, when the novel coronavirus pandemic brought the world to a halt, businesses across the globe were affected due to lockdowns and restricted mobility.

The Orakzai community was no exception. Seeing his fellow tribesmen struggle in a contracting economy, politician Misal Orakzai, a leader of the Awami National Party, created a WhatsApp group intending to help those who were financially strapped due to the Covid-19 pandemic.

“We grew up in a multicultural society, the Sikhs of Orakzai were as much a part of the tribal belt as any other tribesmen,” says Misal Orakzai, “but when militancy struck, we were all displaced. The community still managed to take part in jirgas and has always struggled to rehabilitate alongside us” he explains.

“We grew up in a multicultural society, the Sikhs of Orakzai were as much a part of the tribal belt as any other tribesmen,” says Misal Orakzai, “but when militancy struck, we were all displaced.”

In the beginning, the WhatsApp group was limited to one locality of the Upper Dir district. As time passed, more and more people, including members of the Sikh community, wanted to be a part of the initiative.

“They paid cash, gave rations some of them went out of their way,” he elaborates.

It didn’t take long for the group to grow, bringing together a community of tribesmen who were dispersed across Pakistan as the country dealt with terrorism. It was almost a virtual reunion.

When the Orakzai’s Sikhs reached out to members of their community across Lahore, Karachi and other parts of Pakistan, they didn’t disappoint them. The Sikh community became one of the biggest contributors to the donation drive.

Before the military operations in the tribal districts, there were 14 Sikh families in the Samana Bazaar area, eight in Mir Kalam Khair, 10 in Ali Sherzai, and 13 in Tabori. The largest Sikh and Hindu population, of 32 families, was in Feroze Khail and the second largest, 20 families, in the Ali Khail area.

In a post-terrorist world, life in Orakzai is returning to some normalcy. “We used to take hours to travel on horses and by foot to reach the urban heartlands but now there’s a new highway,” says Gulab Singh reminiscing the old days, “we want to go back and claim our lands,” he says.

Elsewhere in Lahore and other parts of the country, members of the tribal district’s Sikh community have flourished. “Initially, we faced language issues as we only spoke Pashto while other Sikhs around us spoke Punjabi,” the Singh brothers say.

“Initially, we had problems with the language because we only spoke Pashto, and people around were confused since Sikhs are mostly speaking Punjabi,” say the brothers in a terse Orakzai accent as they speak some sentences in Punjabi and break into a laugh. “Now, we are accepted by the society.”

Determined to ensure their community thrives, Gulab and Dharam have arranged for the remaining six families in Orakzai to move and settle in Lahore, and keep ties with their origin intact.

“My national identity card still lists Orakzai as my hometown - I would never want that to change despite knowing that carrying a tribal identity comes with its own set of challenges,” adds Dharam.

The writer is a freelance journalist and a former edito

The Sikhs of Orakzai Agency 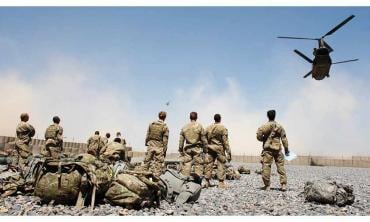 Emerging geopolitics and the Afghan question 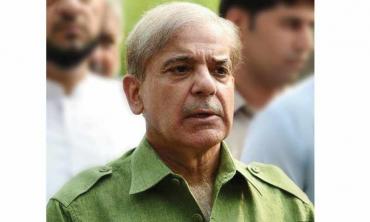 On a national government 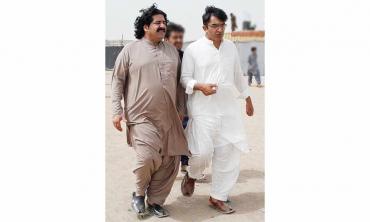 A party is born