Afghanistan is currently at the centre stage of not only international but also domestic politics. The situation in the neighbouring country is once again casting a shadow on the delicate Pakistan-US ties.

Over the recent months, Pakistani leaders, including Prime Minister Imran Khan, have categorically stated that they will not provide any military bases to US forces as they withdraw from Afghanistan.

The war-torn country is once again at a crossroads. While Afghanistan was able somehow to maintain domestic stability early on during the Cold War, the gains were lost on account of tussles in domestic politics, which heavily relied on external support in the late 1970s. The Cold War rivalry brought the US into the country that consequently witnessed prolonged warfare.

From a realist perspective, Pakistan opted to side with the US in an effort to curtail the Soviet sphere of influence. Having signed a treaty of friendship in August 1971, the USSR had strategically consolidated its relations with Pakistan’s archrival, India, which militarily intervened in East Pakistan, ensuring the breakup of the country a few months later. Unsurprisingly, then, Pakistan supported the US-led war logistically, i.e., whereas some Arab countries, especially Saudi Arabia, invested in both ideologically and financially. The US managed the warfare strategically, financially and discursively. The American liberal values were disseminated through news media and movies, globally. The USSR, engulfed in domestic political and economic issues, found it hard to counter America’s regional strategy and chose to disengage from Afghanistan in terms of Geneva Accords (1988).

Contrary to the popular perception, when the US left Afghanistan militarily, it did not abandon it in commercial terms. In fact, in the 1990s, certain US corporate executives with close commercial ties to the military-industrial complex, explored business opportunities in the Taliban-controlled Afghanistan. It was the fateful events of 9/11 that stopped these ventures and, instead, brought the US military might to the country which then witnessed heavy bombardment, including the use of ‘daisy cutters’, causing heavy human causalities as well as infrastructural and environmental destruction.

Paradoxically, however, despite massive military means deployed over the last 20 years, the US has failed to wipe out the Afghan Taliban. The latter survived on account of several factors including their use of guerilla tactics and regional support. For its part, the US appears to have revisited its regional policy in the recent past and is more focused now on the Indo-Pacific. It has, thus, shifted its strategic interests to that part of the world.

This does not mean that the US is totally neglecting South Asia. Indeed, within our region, Washington has been strengthening its strategic ties with India which is part of the Quad led by the former. The US may still keep an eye on Afghanistan and its immediate neighbours but that would be essentially at the tactical level. In other words, the US may not have lost the war in Afghanistan but it surely has lost interest in that country. Hence, in the foreseeable future the US priority in Afghanistan is to watch it closely in order to prevent the emergence of an anti-US government and/or non-state actor(s) that may develop an operational capacity to target American interests extra-regionally.

Currently, Zalmay Khalilzad, the US special representative for Afghanistan reconciliation, has vowed to ensure a stable political transition in Afghanistan. In this respect, he is engaging not only with the Taliban representatives in Doha and elsewhere but also having a word with other Afghan stakeholders such as President Ashraf Ghani.

A conference was held in Tashkent on regional security on July 15 and 16. In the Uzbek capital, the two-day regional meeting was originally planned to deal with “connectivity” in South and Central Asia. However, it turned into a high-level gathering of senior US, Russian and EU officials. The meeting had representatives of US Homeland Security as well as Washington’s special Afghan peace envoy, Zalmay Khalilzad. Also attending was Russian Foreign Minister Sergey Lavrov and European Union foreign policy chief Josep Borrell, as well as Afghan President Ashraf Ghani.

A related concern for Pakistan is the increasingly anti-China stance of the United States reflected in the recent G-7 deliberations. Given the limited resource base and a dependent economy, Pakistan needs clarity of vision in terms of its foreign policy choices amid the fast shifting strategic alignments. As far as Afghanistan is concerned, Islamabad needs to be aware of global trends and not assign too much weight to local peculiarities.

Pakistan, represented by Prime Minister Imran Khan himself, also had an opportunity to discuss its concerns with the other stakeholders. Diplomatically, Pakistan’s current stance on a coalition government in Afghanistan leaves it in a Catch-22 bind. If it decisively supports the Taliban, as it did during the 1990s, it may antagonise anti-Taliban elements in and outside Afghanistan. On the other hand, an overemphasis on a power-sharing mechanism may not go well with the Taliban in the long run. Also, Pakistan’s relations with the US are currently of a transactional nature. The latter may require more options from Pakistan to keep Afghanistan in check. The US-Pakistan ties are thus likely to remain Afghanistan-centred.

A related concern for Pakistan is the increasingly anti-China stance of the United States reflected in the recent G-7 deliberations. Pakistan-China relations are regarded “all-weather” by the two governments especially in the context of China’s Belt and Road Initiative (BRI) of which Pakistan is a key partner through China-Pakistan Economic Corridor (CPEC). Thus, Pakistan has its work cut out insofar as its foreign policy with regard to the US and China is concerned.

Given a limited resource base and a dependent economy, Pakistan needs clarity of vision in its foreign policy choices amid the fast shifting strategic alignments. Finally, as far as Afghanistan is concerned, Islamabad needs to be better aware of global trends and less focused on local peculiarities.

The top Pakistani leaders need to be more careful in their public statements. On the question of requesting Pakistani bases, a senior Western diplomat recently told The News that no such request had been made. “Nobody in the US administration asked for bases, and yet there is so much focus on the issue in Pakistan,” said the official, requesting anonymity. “The recurring debate and the ‘Absolutely Not’ hash-tag campaign in Pakistan have left everyone scratching their heads in Washington,” he said.

According to a recent report in The New York Times, CIA Director William J Burns had some “direct conversation” with the chief of the Pakistani military on the topic. However, the talks stalled when the Americans sensed a reluctance among their Pakistani counterparts. In May, Foreign Minister Shah Mehmood Qureshi took to the parliament floor to declare that “no US base will be allowed by Prime Minister Imran Khan so long as he is in power.” In June, the prime minister, in an interview to a US news outlet, said that Pakistan would not give its bases to the US for operations in Afghanistan after withdrawal of the latter’s troops. To a question about whether Pakistan would allow the American government to have the CIA in Pakistan to conduct cross-border counter-terrorism missions against Al Qaeda, the ISIS and the Taliban, the prime minister had responded: “Absolutely not.”

Reacting to the Western diplomat’s denial, National Security Advisor (NSA) Moeed Yusuf said that Pakistan had denied the US an opportunity to demand military bases.

“A story about air bases appeared in The New York Times due to which Pakistan had to clarify its stance. Pakistan’s stance was that it would not provide military bases to America to carry out operations in Afghanistan. After Pakistan put forth its clear stance, no one from the US would come and ask Islamabad for the air bases.”

So far, the highest level contact between the two sides occurred on July 9 when US Secretary of State Antony J Blinken called Foreign Minister Shah Mahmood Qureshi. Later, Blinken tweeted about the call, saying they had underscored their “desire for a stable and sustainable bilateral relationship”. “I look forward to continuing cooperation on the Afghan peace process, tackling Covid-19, supporting regional stability and other key issues,” he said.

During the call, Foreign Minister Qureshi said that it was imperative for all stakeholders to press all Afghan parties to constructively engage in achieving an “inclusive, broad-based and comprehensive” political settlement. He gave the assurance that Pakistan would remain a reliable partner for peace in Afghanistan, which is facing a volatile situation with the withdrawal of foreign forces. The foreign minister noted that there was a “fundamental convergence” between Pakistan and the United States on the need for a peaceful settlement in Afghanistan. He also highlighted the steps taken by Pakistan in support of the Afghan peace process.

The Foreign Office stated that Qureshi and the US secretary of state had stressed the need for the two sides to continue close coordination and cooperation to ensure meaningful progress in the peace process. Qureshi also stressed Pakistan’s commitment to forging a long-term and sustainable relationship with the US that was anchored in “deep economic cooperation, regional connectivity and peace in the region”. 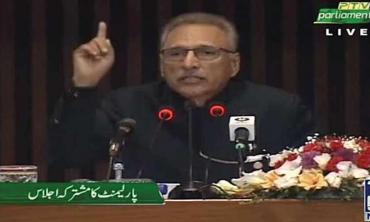 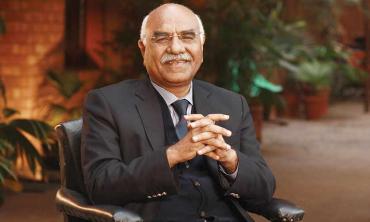 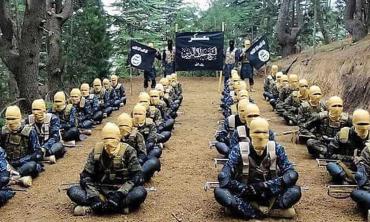