The war in Afghanistan was not easy, but its “end” is even more difficult. The recent uptick in violence comes just eight days after the US formally began its withdrawal

Villages and towns are falling to the Taliban rule like dominoes as fighting intensifies in Afghanistan with the US speeding up its exit. The situation does not come as a surprise – the conflict is an amalgam of local differences and low economic wield breeding poverty.

On the other side of the border, Pakistani officials are mulling over a spillover of the humanitarian crisis in Afghanistan. Taking cue from the Soviet withdrawal in the 1980s, federal and provincial government officials met last month in an inter-ministerial huddle to discuss a post-American exit strategy.

“We are expecting around 500,000 to 1 million refugees,” says an official privy to the huddle. “Since Pakistan is already hosting many Afghan families, the refugees would be aware of the situation here.”

The official hinted that setting up camps and expecting Afghan refugees would be hard this time around. “But,” he continues, “it all depends on the intensity of violence in Afghanistan.”

The violence is increasing. In early May, a powerful explosion ripped through the city of Kabul killing nearly 70 and injuring over 100 people - mostly schoolgirls, as the blast took place when the students were leaving the building.

Videos and photos from the blast site show abandoned school bags in the street – a sight not unfamiliar for Afghanistan. The country has seen conflict for over four decades now. But, there is something particularly dangerous about the loss of 107 pro-government forces and 126 civilians, in attacks carried out in just the first week of May.

Since then, the Taliban have taken over city centres in four provinces, captured strategic territory to the north and south of Kabul, and continued with their policy of allowing people to surrender as well as offering amnesty through reconciliations via local elders.

The war in Afghanistan was not easy, but its “end” is even more difficult. The uptick in violence comes just eight days after the US formally began troops withdrawal – 14 months after a peace deal was signed between the Afghan Taliban and the Americans – raising alarm bells and furthering speculations regarding the security situation for regional and global powers.

For some, it is a déjà vu moment. They compare the current situation to the 10-month Soviet withdrawal plan from the 1980s.

As the US grapples with the dilemma to sustain its influence in the region through remote presence to monitor the situation, Russia has increased its military presence in Central Asia on the pretext of envisaging an escalation of violence in Afghanistan.

“At least, the Soviets’ exit was well-planned,” reminisces Afrasiab Khattak, a former senator and witness to the unfolding of the events at the time. “Even then,” he continues, “Afghanistan descended into chaos.”

The US-Taliban deal, titled Agreement of Bringing Peace to Afghanistan, garnered support from Pakistan, China and Russia and was welcomed by other regional leaders. Interestingly, while the Taliban signatories are fixated on troops’ departure, Afghan President Ashraf Ghani has rejected proposed solutions of an interim setup post-withdrawal.

The internal wrangling for power is an inevitable consequence of Afghan politics. A delay in reaching a power-sharing formula, by default, tilts the scales to the Taliban’s side as analysts and observers believe the Taliban to be stronger than ever, predicting them to advance towards Kabul as US and allied forces boots on the ground decreases.

Considering the interests of regional powers, particularly Russia and China, the finality of US withdrawal may trigger an economic war in the region.

“China’s Belt and Road Initiative (BRI) is a game-changer for the region,” says Khattak, referring to the changes in the global economic sphere and the rise of China. “It depends on how much space US is willing to give to other superpowers. That may determine the future of conflict in Afghanistan.”

As the US grapples with the dilemma to sustain its influence in the region through remote presence to monitor the situation, Russia has increased its military presence in Central Asia on the pretext of envisaging an escalation of violence in Afghanistan.

The numerous reassuring statements by allied forces, emphasising that “Afghanistan will not be left alone”, have an adjunct of a fading presence.

And yet, one major player in the conflict is being overlooked. The Islamic State - the strongest adversaries of the Taliban, may be outnumbered in the current context but will likely rise.

The militant group is already carrying out large-scale sectarian attacks in Pakistan.

Although Pakistan has the longest shared border with Afghanistan, the contentious relationship between Islamabad and Kabul is no secret. Pakistan has long maintained that peace in its territory is directly linked to stability in Afghanistan, and repeatedly accused the Afghan government of allowing its soil to be used to initiate terrorist activities in Pakistan especially by Tehreek-i-Taliban Pakistan (TTP).

On the other hand, Afghanistan accuses Pakistan of meddling in its affairs and providing safe havens to the Taliban.

The writer is former editor and now a freelance journalist. 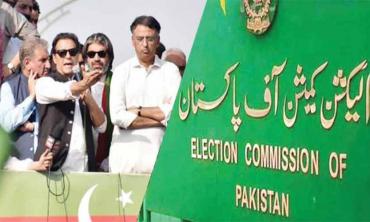 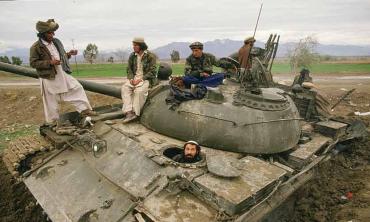 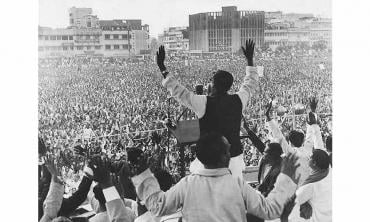