Joe Wright’s adaptation of The Woman in the Window suffers because of a weak screenplay, derivative source material, and patchy execution.

The Woman in the Window ☆☆

Tagline: She has nothing to prove but what’s real.

With an all-star cast and an impressive director attached to the project, The Woman in the Window had, once upon a time, been a highly anticipated movie. The calibre of talent associated with the production suggested the film was going to be well worth a watch. That perception was effectively shattered when the feedback from test screenings wasn’t exactly positive. Rewrites and reshoots subsequently ensued while the score that was being composed by Trent Reznor and Atticus Ross was abandoned. The reworking delayed the movie’s release, after which COVID-19 delayed the release further.

All that followed by the fact that the film has now been shunted to Netflix should give you a fairly accurate idea of just how well this project has turned out.

The movie’s tired plot revolves around the character of child psychologist Anna Fox (played by Amy Adams). She is separated from her husband, Ed (Anthony Mackie), who lives with their daughter, Olivia (Mariah Boseman). Anna suffers from agoraphobia that has left her housebound despite a plethora of medications and therapy.

When new neighbours move in across the street, Anna develops an obsession with the family as they, one after the other – first their disturbed teenage son Ethan (Fred Hechinger), then the boy’s friendly but cagey mother (Julianne Moore), followed by his controlling father (Gary Oldman) – visit her.

Things take a sinister turn when Anna, spying on the house from her window, witnesses Ethan’s mother being stabbed and killed in their living room. When she tries to alert the authorities, no one believes her.

Details are eventually divulged about her own past that you, the viewer, are likely to have figured out long before they are revealed.

There are moments in the build-up where the ominous atmosphere piques your curiosity, but it quickly becomes obvious that The Woman in the Window has nothing new to offer. At every step of the movie, you are constantly reminded of another movie – Rear Window, Copycat, Gone Girl, and The Girl on the Train. Its hodgepodge of borrowed ideas hasn’t even been put together with much deftness or grace. You are given no real reason to care about the characters or to be invested in any of the proceedings.

Amy Adams still shines as the protagonist despite not having convincing material to work with. However, the rest of the cast – Gary Oldman, Julianne Moore, Jennifer Jason Leigh, and Anthony Mackie, several of whom get very little screen time – is woefully underused. And even the presence of a star-studded cast can’t distract you from the fact that the storyline is painfully derivative.

The recycled nature of the entire enterprise starts to make more sense when you see it in reference to the author of the source material this movie is based on. Daniel Mallory a.k.a. A. J. Finn, who wrote the 2018 bestseller that resulted in this film, has since been exposed as a literary scammer whose entire life and career seem to be built on lies and deceit. (If you aren’t aware of his grift, check out the excellent 2019 expose about him by Ian Parker in The New Yorker, available online.) His con has since inspired an upcoming television series; hopefully that will actually be worth watching. 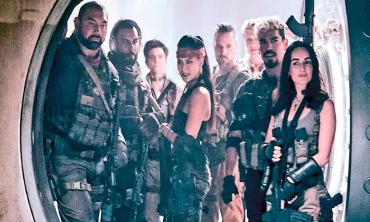 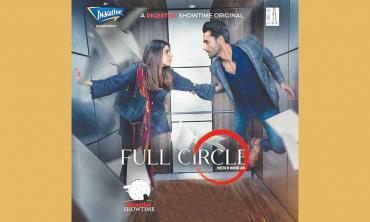 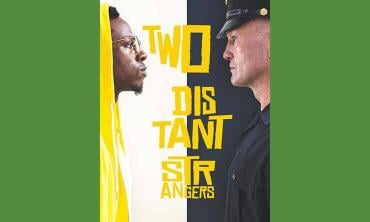