Changes in the election process

However, the resistance likely to offered by almost all opposition parties to the legislation package could make it difficult for the government to have its way in the parliament, considering his Pakistan Thereek-i-Insaaf commands only a marginal majority.

Imran Khan has long objected to the way the electoral process goes about in Pakistan and called for many changes over the last two decades. However, the attempt at legislation has come at a time when his political popularity is at a low ebb. “The PTI government has proposed the most desirable and modern reforms in the election system, aimed at a smooth sailing of a transparent, impartial, secure polling process and eliminating the customary post-election allegations of rigging and counter allegations,” Federal Minister for Information Fawad Chaudhry has said. Talking to The News on Sunday, the minister said he could not understand why the opposition parties should reject these reforms. The proposed measures could only benefit the political parties and candidates, he said. He said the reforms would help by ensuring transparency in the election process, by eliminating ‘biased’ polling staff and fraudulent vote counts.

Chaudhry says Prime Minister Imran Khan through these reforms wants to restore the dwindling public trust in election process. He says electronic voting machines (EVMs) will not only make polling transparent but also eliminate many ways of rigging. “Our government has introduced modern technology through EVMs that can give results in half an hour in a transparent manner, restoring public trust. The political parties and the intelligentsia must support these,” he says.

Chaudhry says on the directions of Prime Minister Imran Khan, 49 changes were proposed in the Election Act, 2017, besides two constitutional amendments aimed at Senate elections through a show of hands and giving overseas Pakistanis the right to vote and contest elections in the country. These, he said, included amending Section 103 to allow use of the EVMs. An amendment in Section 94 will allow the right to vote and contest elections in the country to overseas Pakistanis. The amended Section 202, he said, would require that no political parties be registered with the Election Commission without submitting a list of at least 10,000 members, with their signatures, thumb impressions, CNICs and enlistment fee. A new Section 213-A would make it compulsory for the registered political parties to hold open annual conventions where members/workers should be allowed to openly comment on/criticize party policies and comment on the performance of their leaders. “These two amendments are aimed at ensuring that the democracy is be strengthened within the political parties,” he said.

The reforms are touted to ensure greater transparency in the election process through the elimination of ‘biased’ polling staff and fraudulent vote counts.

In addition, the proposed amendment in Section 15 will allow the candidates to challenge the appointment/posting of polling staff to eliminate complaints in this regard. Apart from that, future delimitations will be on the basis of number of registered voters rather than the population as ascertained by census data. The electoral rolls will be prepared on the basis of CNICs data available with the NADRA. This, he said, “will eliminate complaints of fake voters and bogus voting.”

Those elected to the National or Provincial Assemblies will be required to take oath of office within 60 days of the election. Otherwise, the seat will be declared vacant. Greater financial autonomy has been proposed for the Election Commission of Pakistan.

“This will be the first major electoral reform in Pakistan’s history whose sole objective is to ensure transparency and fairness of the polls to strengthen the democratic institutions and ultimately, the democracy” said the minister. Chaudhry said that Prime Minister Imran Khan had been the first cricket captain to demanded neutral umpires to eliminate controversy and restore credibility to the outcome of the game. “By introducing EVMs, he (Imran) wants to do the same thing to elections.”

The minister said efforts were under way to bring the opposition leadership round on the reform package. He said the government will contact civil society and human rights groups, including the All Pakistan Newspapers Society, the Council of Pakistan Newspaper Editors, the HRCP, the bar associations and press clubs to take them on board and seek their support for the electoral reforms.

The opposition leaders have their reasons to reject the package. They have pointed out that EVMs do not guarantee fool proof results and tabulation since people controlling and operating them are away from public scrutiny. They said the EVMs will actually increase the chances of manipulation of election results, fraud and forgery since changing software commands will always be in the hands of those appointed by the government. They said there was massive, remotely controlled rigging in 2018 elections when the Results Transmission System (RTS) was mysteriously suspended after midnight and by the morning results were quite different from early projections. In some cases they even negated the turnout figures.

The writer is a senior political reporter at The News International

Changes in the election process 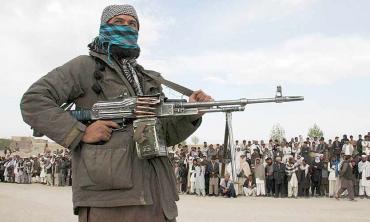 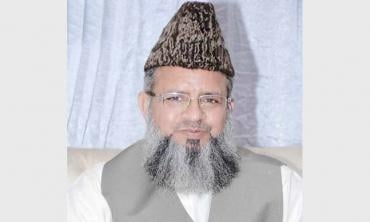 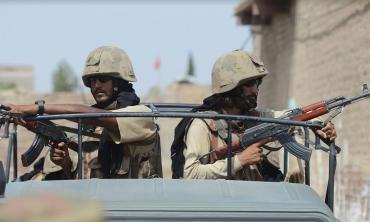