A storm on the horizon

As Afghan Taliban and authorities engage in dialogue, Islamic State positions itself for greater effectiveness

After a three-day truce was announced by the Afghan Taliban for Eid ul Fitr, the Islamic State claimed an attack on a Friday congregation in Shakar Dara district of Kabul that killed at least 12 people. The message was clear: Taliban are not the only force the Afghan National Army has to deal with once the US troops leave.

If hopes for peace and prosperity in Afghanistan were raised around the world by the withdrawal of foreign troops following an agreement with the Taliban, the Islamic State of Khorasan (ISK) is challenging the presumptions behind the process.

In March 2016, the Afghan forces had launched an operation against the ISK in Achin, Shinwar, and Kot districts in the Nangarhar province. The locals were reported fleeing from Achin where both Afghan official forces and the Taliban were at war with “Daeshians” - the local name for the group.

At Bati Kot, 38 kilometres from Torkham border, many families from Nangarhar were still living in camps for Internally Displaced Persons in 2019 due to the ISK threat.

“Bati Kot was known for hosting Arab fighters in jihad days. The olive trees you saw on both sides of Pakistan-Afghan highway were planted by Osma Bin Laden and his Arab fighters. We are again seeing Arab and Central Asian foreigners in Achin. Nothing has changed except for some names,” said Abdul Raziq Hamdard, a local journalist.

The US military made headlines across the world with its use of Mother of All Bombs in Nangarhar but for most Afghans in the region Islamic State remains a foreign entity. The impression was strengthened by former president Hamid Karzai’s remarks that “Daesh is a tool.”

“It is a foreign project. Most of them are foreign fighters from a splinter group of the Tehreek-i-Taliban Pakistan (TTP). There are hundreds of them. So far, they cannot openly face either the Afghan official forces or the Afghan Taliban. The Taliban are the real force here. Once the Afghan Taliban have settled their scores with the foreign forces and announced peace not a bullet will be fired in the country,” said another Afghan journalist in Jalalabad, the capital of Nangarhar province.

Since its inception in 2014, when Hafiz Saeed Khan, a former TTP commander from Orakzai Agency, swore allegiance to Abu Bakar Al Baghdadi and announced the creation of the Islamic State of Khorasaan (ISK), most of its top leaders and fighters have come from the Tribal Areas. Most of them have been targeted by US drone strikes. The Afghan Taliban have carried out several operations against them in Nangarhar, Kunar and even in some northern parts of the country and swept them out of several strongholds. In Nangarhar and Kunar, Bilal Jidran, a fierce commander of the Afghan Taliban, killed dozens of Daeshians. The turf war between the Afghan Taliban and the ISK spilled across border with Pakistan when many Afghan Taliban leaders and commanders in Balochistan and Khyber Pakhtunkhwa were targetted by ISK fighters.

“The fighting in Achin between 2015 and 2018 was chaotic, brutal and violent to a degree not seen before in the district, or elsewhere, in the country,” Reza Kazemi of the Afghanistan Analysts Network said in a report.

“Many civilians have been killed, injured, kidnapped for ransom, dispossessed of their property, or displaced. Some women were forcibly married, mostly to ISIS fighters.”

Inside Afghanistan, both official Afghan forces and Afghan Taliban are fighting the ISK. They were on the run when in an audio webcast Sultan Aziz Azzam, a spokesperson for the ISK, described Afghan Taliban as infidels and stooges of the West. Azzam had then lost his sons in a drone strike. He was himself killed in December 2018. Journalist Abdur Raziq Hamdard recalls receiving a direct threat from him.

“He was a radio journalist in Nangarhar. After joining the ISK, he started calling and threatening us. It was unbelievable for many of us. He became extremely violent,” Hamadard said.

Hundreds of Islamic State fighters and their families from Syria and Iraq, which were already on the run due to heavy bombardment by the Syrian coalition forces, arrived in Afghanistan via Turkey. Moving to Afghanistan brought them closer to Iran and Russian-backed Central Asian States. Many of those arriving in Afghanistan were Central Asian fighters. It is worth mentioning that the Islamic Movement of Uzbekistan has allied itself to the Islamic State and is now part of the ISK. The arrival of new fighters from the Middle East breathed new life in the ISK. The first thing they did was infiltrate Kabul. They also carried out attacks on some soft targets like the Hazara and Sikh minorities in the country. With the addition of fighters from Central Asia, South Asia, the Middle East and Europe, the central shura appointed Dr Shahab Al Mohajir the governor to Wilaya-i-Khorasaan in 2020. Al Mohajir, believed to be an Iraqi, had earlier been affiliated with Al Qaeda. Some of the Afghan experts on militancy claim that he once spent some time in Bajaur.

A United Nations Security Council report issued on July 23, 2020, suggested that more TTP members could join the ISK as a result of shifting political dynamics in Afghanistan. The TTP, however, strongly denied this.

The Taliban have assured the US that foreign terrorist networks will not be allowed to use Afghan soil. In the past, however, the militancy has gone on with the same fighters and weapons acting in the name of various organisations.

Sources in the region say that under Al Mohajir, the ISK has changed not only its strategy but also some of its goals. They are reportedly waiting for a settlement of the current crisis. The ISK expects defections from both Afghan Taliban and the Afghan National Army. They believe that with more soldiers in their ranks they can capture a contiguous region and later expand its boundaries.

Till then, the ISK is not sitting idle. It is hitting mostly soft targets using ‘lone wolves’ and carrying out targetted killing of influential people. In 2017 Russian special envoy to Afghanistan Zamir Kabulov had said, “Russia was among the first to sound the alarm with regard to the emergence of Daesh in Afghanistan... Daesh has significantly increased its power in the country recently. According to our estimates, the number of militants exceeds 10,000. It continues to grow due to new fighters arriving from Syria and Iraq.”

After the Russian withdrawal, the Islamic Emirate of Kunar was created by Sheikh Jamilur Rehman in January 1991. Based on an extreme ideology, similar to the one followed by IS, the Sheikh challenged the beliefs of the rest of the jihadi organisations, particularly the Gulbadin Hekmatyar-led Hizb-i-Islami. Hizb-i-Islami had then launched a full-scale war against the Islamic Emirate of Kunar and Sheikh Jamilur Rehman had to flee Kunar and take refuge in Bajaur. An Arab fighter had later killed the Sheikh.

In the post-US withdrawal Afghanistan, the ISK fancies its chances.

The writer is a Peshawar-based journalist, researcher and trainer on terrorism, conflict and peace development. He can be reached at frkakakhel@gmail.com

A storm on the horizon 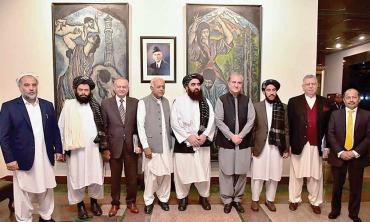 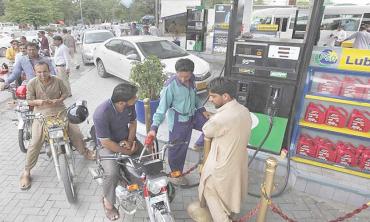 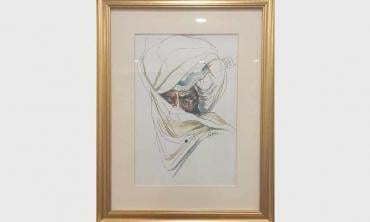