An artist’s tribute to the heroes of Sindhi heritage

We live in a society where women still have to fight for their rights. Many are mistreated and cases of honour killings, abuse and harassment are galore. To this day, women are struggling to find their voice in this country. Their safety remains a major concern. There are also women in the country who have taken it upon themselves to set new precedents and highlight the beauty and strength of its people. They are determined to bring about change. Saher Shah Rizvi, one of the heroic souls, intends to do precisely that through her art. She has found a unique way to introduce the national heroes to the Sindhi youths.

Shah is a young artist from Badin, Sindh. She is currently working and living in Karachi. She started a series to pay tribute to one hundred heroes of Sindh who have worked for the welfare of their people and made outstanding contributions.

Art has played an essential role in social change throughout history. “During the lockdown when everyone was scared to venture out and worried about Covid 19, I started my live sessions on social media by painting live portraits of our national heroes. This is the best way to connect our youth with the world. This way, they can get inspired by genuine heroes and true geniuses.” says Saher. “People are admiring, viewing and sharing my paintings on many social sites because it makes them feel better to visualise colours of life when everything is under lockdown and exhibitions are not taking place.”

She says art is the only medium through which one can preserve the history of a civilisation.

Inspired by Saher Shah’s unique way of paying tribute to prominent people through live sessions on Facebook and YouTube, some other artists too have started live painting sessions on social media.

Social networking websites have become a powerful source of gathering people from all over the world. When Saher Shah did the first live painting session, she was showered with praise and many titles were bestowed on her. Some called her “the girl with the golden fingers,” others Sindh Ji Saher (The Dawn of Sindh).

For Saher, the respect accorded to her by the people of Sindh is more precious than any award. “I have been in this field for ten years. Within a short period, by the grace of Allah, I’ve earned fame at national and international level. The overwhelming response keeps my spirits high and has vindicated my choice of pursuing a career in arts,“ she adds.

Saher Shah Rizvi has participated in 81 national and international exhibitions over the last seven years. She has received several international awards from the International Artists Society and others for her work. She has also been recognised by the Punjab government and many galleries in Pakistan.

Social networking websites have become a powerful source of gathering people from all over the world. When Saher Shah did the first live painting session, she was showered with praise and many titles were bestowed on her. Some called her "the girl with the golden fingers," others Sindh Ji Saher (The Dawn of Sindh).

Saher specialises in miniature painting, but has been exploring oil painting techniques. The themes of her work in miniatures revolve around the idea of feminism. “I have symbolised feminine curves with the use of hair. The technique and signature artwork have become my identity in the world. My work has been appreciated locally and internationally. I am glad to have represented our country at international events.” says Shah.

“As a woman, I faced many challenges. I am not disappointed but wish to highlight discrimination against women,” she says. “Almost half of Pakistan’s population comprises women, but unfortunately, women do not have a significant say in the affairs of the society. Women’s potential remains largely untapped due to various barriers and obstacles created under patriarchal norms and values.”

Saher Shah says that without women’s participation in our social, economic and political spheres, we cannot prosper and progress as a society. “Everyone must contribute his or her bit to make the society free of gender inequality and discrimination,“ she says.

Choosing art as a career is not an easy decision. Most parents want their children to become doctors or engineers. “There are many reasons for choosing art as a career, but the main motivation was to actualise my childhood dream. Students often choose art as the last option, but in my case, it was the other way around. I got into medical college, but dropped out as I preferred art to medical science. Art is my passion.”

It is easy to target people on social media and spread fake news. Recently fake news was spread about Saher’s health. It caused distress to many of her fans. “I have a huge fan following on social media; that was why the fake news got viral. As soon as I became aware of this, I clarified the matter and it stopped,” she adds. “I request everyone not to share anything on social media without verification. This will save many of us from unnecessary pain.”

Currently, she is working on her exhibition of the paintings she produced live on social media. “It is a series of my work mainly pertaining to most genuine personalities of Sindh province and Pakistan. Soon I will announce the dates for the exhibition. The exhibition would consist of two solo shows carrying 50 paintings each. I am researching more heroes.” says Shah.

Saher Shah is hopeful that the future of Sindh will be better than the present. “Everyone has to play his/her part. This work will create a new Sindhi history.”

The writer is a journalist based in Sindh 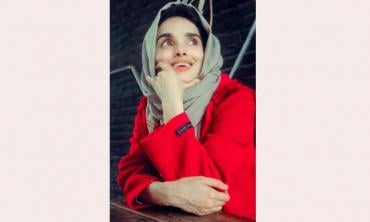 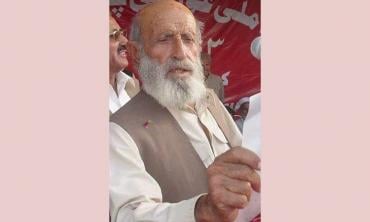 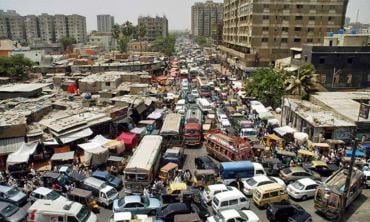