Keeping the controversy around the results of the NA-249 by-elections aside, the by-elections in a multi-ethnic constituency comprising areas of Baldia Town have far-reaching implications for politics in Karachi, analysts believe.

On May 4 (Tuesday), the Election Commission of Pakistan ordered recounting of votes polled in the by-poll in NA-249 held on April 29, leading to a war of words between the two main opposition parties — the Pakistan Muslim League-Nawaz (PML-N) and the Pakistan Peoples Party (PPP) — one hailing and the other assailing the ECP for its decision.

Leaders of both parties continued to attack each other with the allegations of having covert support of the ‘establishment’.

“Irrespective of the outcome, differences between the PPP and the PML-N have sharpened. You may see a new series of accusations after the re-count,” tweeted analyst Mazhar Abbas.

However, following Vawda’s resignation over the dual nationality issue, the seat fell vacant, creating an opportunity for the country’s major political players to flex their muscle.

In a surprising turn of events, the PPP has won race after doing poorly in several elections in the past.

How did the PPP do so well?

Many analysts and politicians in the constituency find it hard to comprehend how the PPP could pull off such a win, considering that it ranked sixth, in the 2018 general polls, but came out first with 16,156 votes, with PML-N coming a close second with 15,473 votes.

Being the ruling party in the province that also oversees city and district municipalities and resources at its command, the PPP took full advantage of the opportunity and succeeded in improving its ranking.

Political analysts and residents associate the increase in the PPP’s votes in NA-249 to local arrangements and promises the party’s leaders extended to community elders in various katchi abadis (squatter settlements).

Analyst Tausif Ahmed Khan says that unlike some recent by-polls in various parts of the country, particularly in Daska and Wazirabad constituencies that were dominated by political narratives resolution of the civic issues in their areas mattered the most for most of the voters in NA-249.

“The PPP managed to win the constituency by promising to resolve the civic issues. It is a challenge for the political party that has ruled the province for the past 13 years to resolve the basic problem of the city’s residents,” Khan tells The News on Sunday.

The PPP took NA-249 by-polls seriously mainly because the constituency is now part of the newly-carved Keamari district. This signals an effort by the ruling party in Sindh to secure a better position in the upcoming local government polls.

Rival political parties, particularly the PML-N, have regularly asked the ECP to take notice of the development work undertaken by the PPP government during the by-polls and called it an attempt at “pre-poll rigging.”

“The PPP managed to win the constituency by promising to resolve the civic issues. It is a challenge for the political party that has ruled the province for the past 13 years to resolve the basic problem of the city’s residents,” Khan tells The News on Sunday.

On the losing the polls with a small margin, it alleged rigging by the Sindh government.

It is pertinent to mention that the PPP has recently abandoned the anti-government alliance, the Pakistan Democratic Movement (PDM), after developing differences with the PML-N.

Analyst Abdul Jabbar Nasir says that the NA-249 by-election has further widened the differences between the PML-N and the PPP.

“If the PPP retains the seat in the re-count of votes, its position will become stronger and there will be disappointment for the PML-N,” Jabbar tells TNS.

He also says it seems that the PML-N will now pay more attention to Sindh and pursue aggressive anti-PPP politics in the province.

The least number of votes among the major parties in the contest were polled by the PTI, the party leading the federal government, gaining only 8,922 votes.

One thing was certain: Vawda’s performance as an MNA from the constituency adversely affected the PTI’s vote bank. Many residents accused him of abandoning the area.

Amjad Afridi, the PTI candidate for the by-polls, was less known and failed to mount an impressive campaign.

A close look at the results shows that the TLP, which was recently banned by the government, has been popular in the constituency.

In the by-election, its candidate Nazir Ahmad Kamalvi secured the third position by getting 11,125 votes.

“Despite being banned recently and a crackdown against it, its vote bank has not suffered, says Nasir.

“The results show that religious party can gain significant traction in the upcoming local government polls where the constituencies are smaller,” he adds.

Interestingly, Pak Sarzameen Party (PSP) supremo Mustafa Kamal has emerged as a strong candidates - mainly through strong canvassing in the constituency. Nasir points out that the PSP has increased its share of votes from 1,600 in 2018 general polls to 9,277 in the by-polls – more than its arch-rival, the MQM-P, whose candidate Hafiz Murasaleem ranked sixth, securing 7,511 votes.

Put together, the votes polled by the PSP and the MQM-P, are more than the PPP.

In comparison, in the by-polls in NA-75 (Daska) on April 10, the voter turnout was around 43 percent.

Analysts say that this has to be seen whether the problem is only in the NA-249 constituency or in Karachi as a whole where people exercised their voting rights in a very limited sense.

“If the situation in Karachi is such that people have lost interest in electoral politics, it is a bad sign,” says Khan.

The writer is a The News staffer. Email: [email protected] and Twitter: @zalmayzia 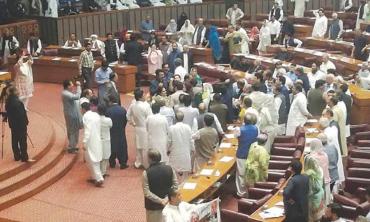 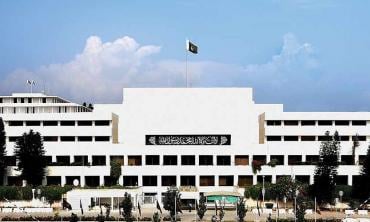 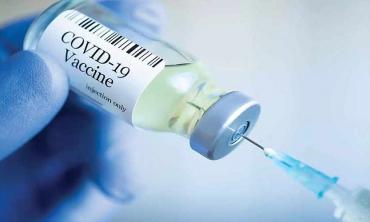