The overlong ceremony announced the winners and did little else.

It’s hard to tell what the producers of this year’s Oscars telecast were going for, but from the looks of it, they appear to have been working under one simple directive: to remove everything that had any chance of being even mildly entertaining from the ceremony.

And to that goal, they remarkably succeeded.

To be fair, the production team – which included Jesse Collins, Stacey Sher, and Steven Soderbergh – did have the very unenviable task of putting on a glitzy event under the most unideal of circumstances. Between an ongoing pandemic and skydiving award show ratings, the Academy Awards would have had to do something spectacular to generate interest. Instead, they didn’t even bother to try.

The whole enterprise (that was held primarily at the Los Angeles Union Station) seemed resigned to its inevitable fate as the lowest-rated Oscars in history – which it was; viewership plummeted 58 per cent from 2020 – and gave even those who tuned in no reason to continue sitting through over three hours of rambling twaddle. Arnold Schwarzenegger says he stopped watching about one third of the way in, and it’s safe to wager he wasn’t alone. Because the pandemic-delayed ceremony offered little else beyond the announcement of winners. To echo Tina Fey’s sentiment from the Golden Globes, the whole night could have easily been an email.

Speaking of Fey, a host could have livened things up. But in the stuffy world of the 93rd Academy Awards, there was no room for fun. There was no opening skit, no light-hearted monologue, no amusing banter. (There was an opening speech by Regina King that quickly confirmed that if it was escapism you sought, then none was likely to be on offer here.)

In the absence of witty barbs and self-effacing jabs, all we were left with was the self-importance. Forget the medical health personnel, essential workers, and volunteers who risked their lives to keep us safe, or our family and friends who gave us strength through tough times; it was actually Hollywood (the famously selfless industry that consistently refused to release projects lest they lose any revenue) that helped get us through this pandemic. Who knew!

But not having a witty anchor wasn’t the only decision that was questionable. Unlike many of the other recent ceremonies that went the digital way, the Oscars insisted on having stars present at the venue(s) in person. But then they didn’t do much with the assembled talent. Despite the fact, for instance, that they had several musicians in attendance (and the example of the Grammys on how to deliver performances in spite of pandemic restrictions), there were no musical performance. (The Best Song nominees’ performances were relegated to a pre-show event because that made sense to someone somewhere.) QuestLove DJing the ceremony should in theory have been fun, but even that ended up being more odd than enjoyable.

Also, for a reason that is hard to fathom, the producers decided not to show clips from the nominated films and acting performances in most of the categories. Yeah, heaven forbid we actually get to see why a movie or actor was being honoured. Instead we got weird biographical titbits about the nominees that were pretty much pointless and uninteresting for anyone but the most ardent of film-star obsessives.

Amidst all the dullness, though, were some noteworthy wins … and several longwinded acceptance speeches because the producers made the decision not to play them off. There were many that rambled on, but a few – like the delightful Yuh-jung Youn who won the Best Supporting Actress trophy for her work in Minari (and became the first Korean actor to win an Oscar) – who actually managed to charm.

The big winner of the night, as expected, was Chloe Zhao and her celebrated film Nomadland. Zhao became the first woman of colour – and only the second woman ever in the Oscars’ 93 year history – to win the Best Director accolade. Nomadland’s other two wins came in the coveted Best Picture and Best Actress (for Frances McDormand) categories.

As the ceremony droned on, announcing one winner after the other and doing nothing in between for respite, you might have been left to think that hey, this may be dull and monotonous but at least they can’t screw up something this basic. But this is the 2021 Oscars we are talking about; of course they messed it up! It seems like the producers were attempting to use the memory of Chadwick Boseman – who was widely expected to win the Best Actor trophy for Ma Rainey’s Black Bottom – to set up an emotional ending. What they weren’t anticipating was that Anthony Hopkins (The Father) – who was not in attendance and wasn’t even allowed to make a speech via Zoom (who would’ve guessed we were going to actually miss Zoom at an award show?) – would win instead in basically the only surprise of the evening, ending the show with a huge, emphatic thud.

This year’s ceremony, in short, fell quite flat. How could the people who are literally in charge of entertaining us put on such an unentertaining show? This wasn’t so much innovation or reinvention as it was misjudgement and miscalculation.

In terms of the nominees and winners, there were plenty of milestones for women and minorities. These accomplishments deserved a better vehicle, one that would have actually attracted viewers who could have celebrated these filmmaking achievements. What we got instead was a string of reasons to yawn and change the channel. 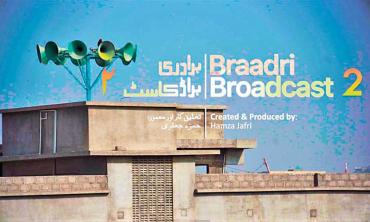 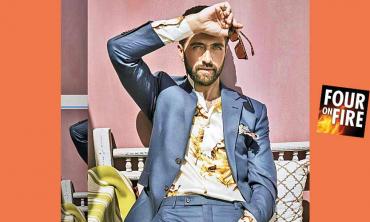 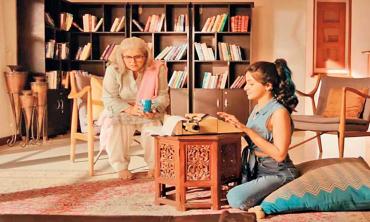