More than six decades ago, Australia were destroyed by the pace duo of Fazal Mahmood and Khan Mohammad as Pakistan cruised to a historic triumph in Karachi

In 1956, on their way back from a Test tour of England, a full strength Australian side stopped in Karachi to play a solitary Test against Pakistan. The match witnessed many milestones.This five-day Test was scheduled to be played over a seven day span from 11th-17th October. This was because for the first time in the history of Tests two official rest days had been scheduled in a Test match. The original rest day was on 14th October, after the customary three days of play, but an additional rest day was added on 16th October, since it was a national holiday marking the death anniversary of Pakistan’s first prime minister Nawabzada Liaquat Ali Khan.

The Test also achieved another unusual landmark. Gul Mohammad, who had played two Tests for India against Pakistan in 1952, was now appearing in Pakistani colors for the first time, after having migrated across the border. It would be his one and only Test for his new country. This match also marked the last ever Test appearance of the famous Australian all-rounder Keith Miller, after an illustrious and acclaimed career. It would also be the last Test for another budding Australian all-rounder Ron Archer, who was only 23 years old at the time, but suffered a serious knee injury in the match and would never play for Australia again. There were more milestones to come.

Australia won the toss and batted first on a matting wicket. The match started off on a dreary note. McDonald and Burke opened the batting playing defensively and only 19 runs were scored in the first hour. Fazal Mahmood drew first blood, having Burke caught in the slips by Wallis Mathias, and soon followed this with the scalps of Harvey and McDonald, to leave Australia on 24 for 3. The Australians did not have a clue on how to play Fazal who took the first five wickets to fall. Even their top scorer, the great Keith Miller, was beaten by five consecutive leg cutters before being undone by one that broke back and ended in a catch to Wazir Mohammad. Australia folded up for only 80 runs, and that too after Pakistan had dropped three easy catches. Richie Benaud later recalled that the Australian batsmen played and missed an average of three balls an over and were lucky to reach a total of even 80 runs.

Fazal Mahmood and Khan Mohammad had bowled unchanged for almost four hours, delivering 53.1 overs between them, of which 20 were maidens, and had taken all 10 wickets. Fazal had figures of 6 wickets for 34 runs while Khan Mohammad took 4 for 43. This was the highest number of overs bowled by two unchanged opening bowlers in a Test since 1886 and has not been bettered in the subsequent 65 years till now. Fazal had worked specially on his fitness and stamina for this Test. He had skipped a team tour to Kenya and spent a month at Sam’s Hotel in the hill station of Murree, going for long, brisk, daily walks and runs and adhering to a diet rich in fruits and vegetables.

Pakistan had to bat for a little under an hour before close on the first day and they, too, struggled to reach 15 for 2 by the time stumps were drawn. Only 95 runs were scored in the entire day and this still remains the unenviable record for the fewest runs ever scored in a full day’s play in the history of Test cricket, and the only occasion when an entire day’s cricket has produced less than 100 runs.

Pakistan lost early wickets on the second day and were soon reeling at 70 for 5. Kardar and Wazir Mohammad now came together in a sixth wicket stand of 104. While Wazir defended stoutly Kardar attacked with refreshing zest and the pair added 80 runs in 105 minutes between lunch and tea. Kardar fell to the Australian captain Ian Johnson for 69 and the off-spinner also accounted for Wazir who made 67. Pakistan were all out for 199, gaining a very useful lead of 119.

Australia began their second innings on the third day and were soon in trouble again against the irrepressible Fazal, who took four of the first five wickets as Australia staggered to 47 for 5. They rallied through a sixth wicket partnership of 64 between the two all-rounders Richie Benaud and Ron Archer. After Archer’s departure another all-rounder Alan Davidson joined Benaud to take Australia to 138 for 6 by the end of the day’s play, with Benaud on 53 and Davidson on 9. It had been another laboAustralia’s resistance was broken early on the fourth day by yet another inspired spell from Fazal in which he took three wickets in four balls. Before a crowd of 20,000 spectators, his first victim was Benaud who fell to a perfect leg cutter for a hard fought 56 that contained three chances. Lindwall was lbw off the very next ball bringing the captain Ian Johnson to the crease. He survived the hat-trick delivery, which was also the last ball of the over, but was, however, bowled off the very first ball of Fazal’s next over and left without troubling the scorers. Davidson, with support from the last batsman, wicket keeper Gil Langley, fought gamely and the two added 44 runs for the last wicket. Khan Mohammad finally had Davidson caught behind by Imtiaz for 37 and Australia were all out for 187, shortly after lunch. Pakistan need just 69 runs for victory and had a full day and two sessions in which to get them.

The wicket had played placidly all along and it was poor shot selection and an inability to decipher the guiles of Fazal’s bowling that accounted for Australia’s poor batting performance. Fazal took 7 wickets for 80 runs to complete match figures of 13 wickets for 114 runs, the best by a Pakistani bowler till then. Khan Mohammad took the remaining 3 wickets for 69 runs. Between them they had bowled 88.5 overs in this innings and a total of 142 overs in the match, of which 50 were maidens. They had taken all 20 Australian wickets to fall which was yet another milestone. This was only the fourth time in Test history that two bowlers had shared all 20 wickets between them. Interestingly, this feat was last performed in 1910, but after a gap of 46 years this was the second time this had happened in 1956. The victims on both occasions were the Australians, as Laker with 19 wickets and Lock with the remaining one, had snared all twenty Australian batsmen at Old Trafford just three months earlier. It was also the first occasion when all twenty wickets had been taken by two pace bowlers, another record for the books.

Pakistan made heavy weather of reaching their small victory target. Hanif again fell early as he tried to hook a rising ball from Davidson and spooned a catch to Harvey. Alimuddin and Gul Mohammad batted watchfully to steer Pakistan to 63 for 1 wicket by the time stumps were drawn for the day. The cricket had been an absorbing contest between bat and ball, but tediously slow to watch. Only 112 runs had been scored in the entire day, the fourth lowest day’s score ever, and only 17 more than the lowest ever of 95 on the first day. This was also the first time in Test history that on three days out of four, less than 150 runs had been scored in an entire day’s cricket.

On the final day 6000 people turned up to see Pakistan score the last six runs needed for victory. Gul Mohammad made the winning hit that allowed Pakistan to win by 9 wickets. While Fazal was the undisputed hero of the match with his 13 wickets, he had received invaluable support from Khan Mohammad. The Australians had no answer to their nagging accuracy and sustained hostility. This victory was also indebted to a crucial, match winning, century partnership between Kardar and Wazir Mohammad in Pakistan’s first innings.

In a Test brimming with records and milestones, this was the first time that Australia had been beaten in their debut Test against a new Test opponent. It was also the first time that they had lost their initial Test series against an opposing country. The following year Pakistan would tour the West Indies and win a Test there as well in their first Test series against the Windies. By doing so they would become the only country in Test history till then to win at least one Test in their inaugural series against every Test playing side they faced.

The Australian captain Ian Johnson offered no excuses for his team’s loss. He admitted that Pakistan “had batted and bowled better ... and thoroughly deserved to win.” It had been a gripping contest and the battle for supremacy was engrossing and riveting. However, it is also one of the slowest Test matches on record in terms of run rate. 535 runs in all were scored in 303.1 overs for the fall of 31 wickets and a run rate of 1.76 runs per over or 29.41 runs per 100 balls.

A Test match of intriguing contrasts and many firsts. The babes of Test cricket had matured to adulthood.

It was a coming of age

By the fleeting glance 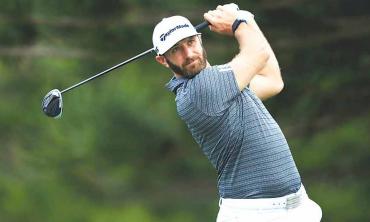 Can PGL become a reality? 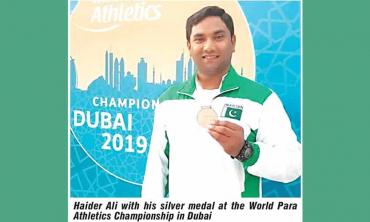 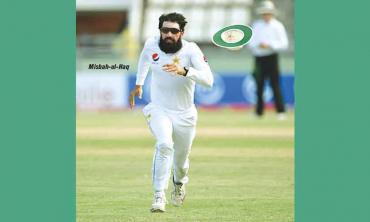 Age is just a number!