Between his time in NAB custody and now, some things have surely changed. Will Shahbaz Sharif be able to formulate a strategy that is true to his politics and also in sync with the supporters’ sentiments?

When he was in power, Shahbaz Sharif would make the headlines with his antics and development projects, cheered on by urban crowds. As a leader of the opposition, however, he has hardly led the party, as most of the time he has been in jail. After his release from jail last week after seven months in NAB custody, political analysts are intently watching his role as an enormous challenge awaits him both within his party and parliamentary opposition in general.

After his arrest in September 2020, the Pakistan Democratic Movement (PDM) demanded the resignation of Prime Minister Imran Khan. His elder brother, the former premier Nawaz Sharif, delivered a fiery speech against the top brass of the establishment. Maryam Nawaz became the face of the party, and was able to hold her own at PDM rallies in Multan, Gujranwala, Lahore and Quetta. In her hard-hitting speeches at the rallies she not only criticised the Imran Khan-led government and the establishment, but also presented her party’s narrative highlighting their struggle to restore the sanctity of vote and supremacy of parliament.

The party won a few by-elections including those in Nowshera (PK-63), Gujranwala (PP-51), Pishin (PB-20) and Daska (NA-75) for the PDM. The government was under immense pressure but following a split in the PDM over resignations from the got some much-needed breathing space.

It has been suggested that Shahbaz will once again hold the party’s reins. The question is: given Maryam’s public appeal and forceful rhetoric, are the party workers and supporters ready for a change in the tone, perhaps even game plan? Shahbaz Sharif hasn’t been a proponent of the party’s current narrative. He is better known for choosing the path of least resistance

It remains to be seen whether Shahbaz can take stock of the changes and figure out a path that resonates with the party’s support base.

Another important question is whether he can bring the Awami National Party (ANP) and the Pakistan Peoples Party (PPP) back to the PDM. Even if he can persuade them to rejoin the alliance, it will likely be with the understanding that the opposition parties will not resign from the parliament.

It has been suggested that Shahbaz will once again hold the party’s reins. The question is: given Maryam’s public appeal and forceful rhetoric, are the party workers and supporters ready for a change in the tone, perhaps even game plan?

Journalist Ahsan Raza says, “Sharif is not a political worker to the core. Ms Nawaz has established her identity as a fighter.”

“Many PML-N workers are not comfortable with Shahbaz whom they find arrogant. Shahbaz hardly gets along with other political parties,” he adds.

Raza says that the PDM is “a matter of the past”. Maryam Nawaz, he says, has clearly indicated that her party sees no point in pursuing in-house changes proposed by Asif Zardari. He says the PML-N is likely focusing on elections in the Azad Jammu and Kashmir and resigned to waiting for 2023 for general elections.

Shahbaz Sharif’s release has come at a time when the prime minister has yet again appointed a new finance minister.

Shaukat Tarin, the fourth finance minister in just over two years, is a former banker who has also served under a PPP government.

“But the promises to boost the economy, build new houses for the poor and bring down fiscal deficit have not been realised,” Aslam says.

Aslam says the GDP growth was already low when Covid-19 hit the country. He says while the IMF has forecast a 1 percent growth the third wave of Covid-19 may lower it further.

The government, he says, has not had any significant success in bringing serious structural and institutional reforms in the country. Poverty has been increasing under inflationary pressures and corruption. The cost of doing business is on the increase as is the cost of energy.

The challenge for Sharif is to make the best use of the situation.

The writer, a Lahore-based journalist, reports on politics, economy, militancy, human rights and regional affairs and can be reached at [email protected] He tweets @hassannaqvi5 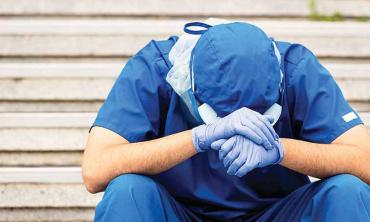 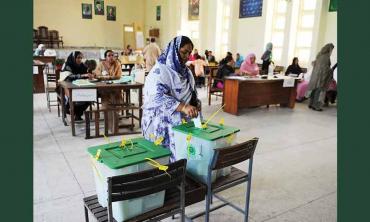 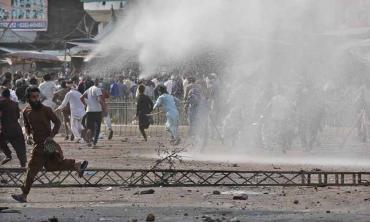