With a superb throw in Mashhad, Arshad Nadeem has shown that he is progressing well in his quest for an Olympic medal

The country’s premier javelin thrower Arshad Nadeem has shown a few days ago with his personal best feat in Iran’s Imam Reza International Athletics event that he is on the path to reach his destination - a medal at Tokyo Olympics.He surpassed his previous best throw of 86.29 metre by managing 86.38 metre in Iran which also fetched the gold medal. He did not make his full effort as he was still in a training load and anything intensive on his part could have led to injuries. But he showed, with his clever effort, that he is progressing well and can break the 90 metre block any time which is also an Olympic medal zone.

The result was produced after a three-month training camp at Lahore which is a glorious effort indeed under his coach Fayyaz Hussain Bukhari. Arshad these days is in Turkey’s city Antalya, receiving training from Kazakhstan’s coach Viktor, a former world silver medallist. He will stay there until April 30. Viktor has added a few new things to his training which are expected to bring further improvement in his performance.

Arshad is developing as a strong athlete. The big plus of Arshad is that he is strongly-built, young and mentally very tough, characteristics which can lead him to huge successes.

If he remains fit he can easily play until the 2032 Olympics. It’s the responsibility of the Athletics Federation of Pakistan (AFP) and the government to keep him under their patronage. I see that he often complains about elbow pain. It should not be taken easy. I would suggest that a full-time physio should work with him during training both at home and abroad. He is an asset and we should not treat him as a one-time wonder, but as one who can win many medals in the international circuit in the next one decade. He is a complete package.

The corporate sector should note that taking Arshad in its lap will benefit it in the long term as he is turning into a global hero.

Some people, even in sports circles, don’t support Arshad because they treat him as an athlete of the AFP. This is not a good approach. We, as a nation, should back him as he is our national asset.

If Arshad gains something big from Viktor then the AFP should manage at all cost to send him to Kazakhstan so that he could further boost his standard. Recently some events were held in Kazakhstan and I hope there should be no such big issue in sending him. The AFP wanted to send him to Kazakhstan a few months ago but border restrictions impeded the plan. It gives me a lot of pain when I recall that nine to ten months were wasted due to Covid issues last year.

His coach Fayyaz Hussain Bukhari is optimistic and says that he will break the 90 metre block and win a medal for the country in Tokyo.

Let’s ask Fayyaz and he will tell you about Arshad’s training journey so far. “Before going to Imam Reza Athletics Championships people from different groups of athletics were conjecturing about my training and said if Arshad threw 70-75 metre it would be enough. Some of them thought that 75-80 metre would be enough and some other groups also said that Arshad would throw 80 to 85 metre,” Fayyaz told ‘The News on Sunday’ (TNS) in an interview. “Since I have been his coach it was a big challenge for me. I had to prove them wrong. I worked on Arshad’s fitness, strength, endurance, speed and skills. As I said that we were in good fitness phase of our last five years training and I hoped that Arshad would manage 85 to 90 metre throw in Iran. And we did that with an 86.38m effort in Mashhad,” Fayyaz said.

“We managed 86.38 metre throw after three months and ten days training and we also set a new national record besides setting a big record of Imam Reza event. I want to say that when Arshad returns from Turkey we will again labour hard in our next three months training in order to achieve the best result in the Tokyo Olympics,” Fayyaz said. “I will again make Arshad perform his best in the Olympics and get a medal. We should be given time to complete our training in the next two months according to Arshad’s present condition in order to make the best of his strength, endurance, speed, technique and motivation and take him to the new best phase,” he said. “I want to thank President AFP Major General Akram Sahi, DG PSB Asif Zaman, Federal Minister for IPC Dr Fehmida Mirza, Punjab Sports Minister Rai Taimoor Khan and WAPDA Athletics Sports management for the support they have extended to us during all this time,” Fayyaz said. 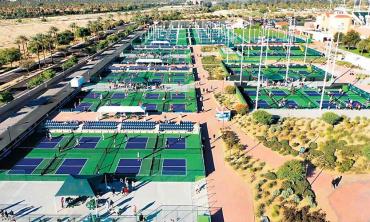 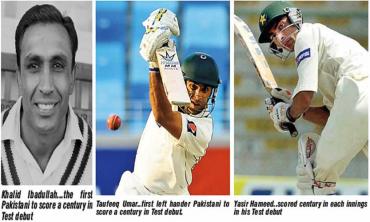 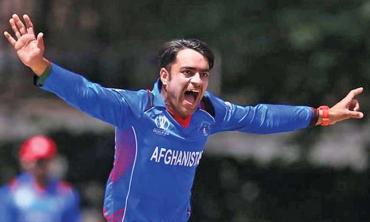