Are illicit cigarette trade figures cited by tobacco industry a ploy to get tax benefits?

Imposition of taxes on tobacco products has always been hard worldwide. In Pakistan, the tobacco industry has been seeking, and getting, tax relief on the ground that high taxes on documented producers and marketers make the cheaper illicit cigarettes more attractive. The latter include smuggled, non-duty paid and counterfeit cigarettes.

Campaigners against tobacco products, including health sector professionals allege that the tobacco industry exaggerates the figures of illicit trade to pressure the governments into reducing taxes on cigarettes. They say has too often resulted reduction of taxes imposed on tobacco products. For this reason, the tobacco lobby is highly active ahead of the annual budget and tries to influence the policy makers. It has consistently argued that high taxes on cigarettes shall make them too expensive and take them out of most people’s reach, especially the youth. Making tobacco products expensive by heavily taxing them is, interestingly, an international obligation for Pakistan.

The tobacco industry cites some reports and surveys concluding that almost 40 per cent of the tobacco trade is illicit. The anti-tobacco campaigners, including some civil society organisations, put this figure between 9 per cent to 16 per cent.

So, an important question is: who is to be believed? Another question is: is the existence of illicit trade a good reason for reduction in taxes. There is also a need, therefore, to determine which of these studies are more reliable and unbiased on account of deploying proper methodologies so that the outcomes are trust worthy.

To start with, let’s look at the terms of the WHO Framework Convention on Tobacco Control (FCTC) to which Pakistan is a signatory. Article 5.3 of the convention, to which more than 180 countries are party, urges countries to protect their health policies from the “vested interests of the tobacco industry.” This makes it clear that the WHO is well aware of the tactics used by the tobacco industry to get favourable decisions. The convention also asks for gradual increase in federal excise duty on cigarettes till it makes up 70 per cent of the sale price.

Tobacco industry representatives deny that the figures quoted by them are exaggerated. Madeeh Pasha, the corporate affairs manager for Pakistan Tobacco Company (PTC), says they use the services of reputable research agencies that conduct retail audits for a number of house hold items. In case of tobacco industry, he says, when data is purchased from these organisations, it provides figures on many brands being sold in the market, their price point and their consumer off take.

He also says they do not flood the markets with counterfeit products, as alleged, to capture the low end market. He says there are cigarettes currently sold at Rs 25-Rs 40 per 20 pack, which is way lower than the government-mandated tax of Rs 44 and minimum price of Rs 62 per pack. These, he says, are produced by the more than 40 illicit cigarette manufacturers and sold under their own brand names.

The issues highlighted here are not unique to Pakistan; anti-tobacco campaigners around the globe face these. Several research groups are studying the tactics and tobacco policies of various countries. In 2011, the Tobacco Control Research Group (TCRG) at the University of Bath, Somerset, United Kingdom, established a comprehensive tobacco industry monitoring programme in line with Article 5.3. Its publication, TobaccoTactic, is the main output of this programme.

The publication challenges the claim that lower taxes reduce smuggling and increase state revenues. It points out that Sweden increased its tobacco taxes in 1996 and 1997, generating a 9 per cent increase in tobacco tax revenues. When the increase was repealed in 1998, tax revenues returned to their previous level, despite a 50 per cent increase in cigarette sales per person. It also does not agree that higher taxes result in job losses. The review article carried by TobaccoTactic says that there is no evidence that higher tobacco taxes cause significant job losses, as very few businesses are tobacco-dependent.

A Phillip Morris Pakistan Limited (PMPKL) spokesman says they have looked at a few reports by civil society organisations on illicit cigarette trade that quote a much lower figure for illicit cigarettes in Pakistan. He says most of the reports focus only the smuggled portion of illicit cigarettes while not addressing the bigger issue of locally-manufactured tax-not-paid cigarettes.

Dr Ziauddin Islam, a tobacco control expert/official comes hard on tobacco industry. He tells TNS that he was told by tax officials that some years ago a leading cigarette company’s truck was confiscated for carrying cigarettes that were not invoiced along with the invoiced ones. The ratio he says was 60:40.

Islam says the tobacco industry has exaggerated the illicit trade data and manipulated the press over this issue of illicit trade using their studies based on figures provided by some so-called reputable research organisations, many of which are funded by them. He says that a report released by a parliamentary committee in the UK found that in 2011 major tobacco companies oversupplied some European markets with more products than the legitimate market in those countries could handle. The report concluded that manufacturers deliberately looked the other way when the tobacco was smuggled back into the UK.

In an email communication, Islam raised three points and suggested action. He says that lack of enforcement cannot be an argument in favour of tobacco industry. His argument goes:

2. To reduce illicit trade in tobacco products, it is both crucial and feasible for all countries to strengthen tax administration and enforcement. There is growing experience and agreement on the package of steps needed to do so.

3. The strengthening of tax administration and tobacco tax reform should be viewed as complementary. These actions reinforce each other in helping countries reduce preventable morbidity and mortality and in increasing public revenues.

Malik Muhammad Imran, country representative for Tobacco Free Kids (TFK), says the government must resist the pressure from tobacco industry because whatever it is paying in the form of taxes amounts to blood money. “People are dying because of tobacco consumption. Tobacco industry’s demands should not be met for just the reason that they are paying taxes.”

Imran says that a recent study supported by the University of York, Aga Khan University and others analysed used cigarette packs collected from 10 cities of Pakistan. It found that out of 2,416 cigarette packs in the survey, 454 (17.8 per cent) were illicit. Similarly, out of 6,213 packs from waste recycle shops, 1,046 (16.8 per cent) were illicit; the difference was not statistically significant. Besides, among consumers, 29.5 per cent bought loose cigarettes and 13.8 per cent paid less than the minimum retail price. The taxation officers considered the manufacturer’s name and retail price on cigarette packs as the most relevant criteria to detect tax evasion.

The conclusion was that one in six cigarette packs consumed in Pakistan could be illicit. These figures are far less than claimed by the tobacco industry. Collecting packs from waste recycle stores appears to be an efficient and valid method to estimate illicit cigarette trade.

Based on the arguments from both sides, one can conclude that while illicit trade costs state exchequer useful revenue it should not be an excuse to provide tax relief to tobacco industry. The government of Pakistan has committed itself to gradually increasing federal excise duty to make cigarettes unaffordable for the masses. The tax enforcement and tax raises should go together.

The author is a staffer and can be reached at 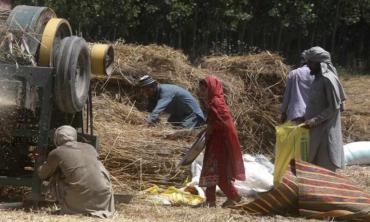 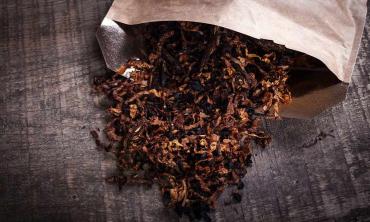