This Ramazan Pakistan’s TV dramas have turned to light, youthful and desi romantic comedies to brighten up your evenings.

It’s raining rom-coms on television and the Ramazan drama serials we are watching have, delightfully, so far managed to steer far away from regressive narrative tropes like sister rivalry, the archaic saas-bahu-aur-saazish formula, premarital heartaches and despicably banal extra-marital affairs.

This Ramazan, Pakistani mainstream television has turned to light, youthful and desi romantic comedies to brighten your evenings post iftar. These family friendly rom-coms, which are a genre of their own, come at a time when the COVID-19 pandemic has brought about massive misery with personal and professional losses. Thus as content consumers, we’re enjoying the respite these three Ramazan serials have to offer.

Needless to say, it is the success of hit serial Suno Chanda (Season 1 & 2), the 2018-19 Ramazan TV series, which was the initial brainchild of Shahzad Javed and was scripted wonderfully by Saima Akram Chaudhry, that has propelled the idea of month long drama serials spanning over 30 episodes for the entire duration of Ramazan. The three dramas on air right now also loosely follow the same format, with fun family politics, snarky adults and over-smart kids at the helm of all affairs. So what’s new and interesting? Let’s have a look at what these dramas have to offer:

Written by Hassaan Imam and directed by Safie Hassan, Taana Baana marks the much anticipated debut of Danyal Zafar opposite budding actor, Alizeh Shah. Packed with an interesting ensemble cast with credible performers like Javeria Abbasi, Ismat Zaidi and Aamir Qureshi among others, Taana Baana is a youthful, light hearted romantic comedy which is centered around the trials and tribulations followed by a hastily arranged marriage between Zain and Zoya.

Zain falls hopelessly in love at first sight with Zoya and is super keen to wed her but she does not want to get married for academic reasons. Zoya initially refuses and then agrees only on the condition that Zain must sign a handwritten pre-nuptial agreement to which he blindly agrees and what follows are several sour and sweet revelations which unfold one by one after they have tied the knot.

Why is Zoya’s character so significant for the small screen? She is strong headed, adamant, ambitious and straightforward. Her headstrong personality and no-nonsense attitude with her husband is something unseen on TV dramas for quite a long time. Neither does she let marriage get in the way of her studies, nor does she prioritize being goody-two-shoes before her in-laws just to make a false and impeccable first impression. Her level headed arguments, which are well justified without her being rude or disrespectful to anyone, makes audiences root for her to win every battle as she delicately tries to adjust to a new family environment. Zoya’s character will inevitably inspire young women to continue studying after getting married but also become an exemplary when it comes to standing up for oneself. We hope to see more leading women characters on screen like Zoya.

Keep a special eye out for the surprisingly pleasant and supremely refreshing role reversal between Zain’s Aunt Zebunissa and Uncle Shahid, played endearingly by Komal Rizvi and Hassan Noman Qureshi. The couple has been married for 13 years and Zebunissa goes to work while Shahid lives at her home as the doting house husband, who irons his wife’s clothes, serves her tea after she returns home tired from work and treats her with immense respect and affection. What is further commendable is that their dynamic is lovingly accepted by the entire household as a normal marital relationship.

With every episode under 20 minutes, the story has an intriguing premise, is light on the eyes and is infused with old-school romantic tropes. Taana Baana is a young love story which is bound to keep you engaged.

Chupke Chupke has been written by Saima Akram Chaudhry (of Suno Chanda fame) and is directed by Danish Nawaz, whose last masterpiece was Kashf starring Hira Mani. It’s commendable how the director has turned his skill 180 degrees by going from tragedy to comedy.

The story revolves around two families which are essentially one, but are partitioned by a wooden fence and two squabbling but immensely entertaining matriarchal wives of the late Daar Ji. The two daadis are played wonderfully by Asma Abbas, who’s Punjabi all the way through, and Uzma Beg.

Even though the drama is based on frequented tropes like rishta hunting chaos, wedding functions and cousin romances, Chupke Chupke’s execution offers us the much needed comedic respite with its quirky and well fleshed characters, malice-free funny family rivalry, layered with elderly histrionics, eccentricities and their irrational idiosyncrasies.

The story is centered around three (potential) couples: Ayeza Khan’s character Meenu is cast opposite Faazi, played by Osman Butt, Mishi (Aymen Saleem) opposite Haadi (Arsalan Naseer) and Gul (Mira Sethi) who is married to Miskeen (Ali Safina). Meenu is a bubbly and extremely clumsy young girl who refers to herself in third person, has flunked her post graduate exams two years in a row and is now desperate to get married so she doesn’t have to study any further. Her iconic playful phrases like “ashke bhayyi ashke” and “paapka de naal taapka” have already caught a colloquial fire and gone viral on social media. We’re also enjoying her cheeky tricks to snaffle money from her father’s gulluck (earthen money pot). She’s home tutored under the strict supervision of Faazi bhaiyya, who constantly belittles her and puts her down, and while they are poles apart, we know that these opposites will eventually attract.

While the two grandmothers cutely wage wars out on social media in an attempt to win petty battles on likes and comments, the young bachelors in the story are finding innocent routes to get hitched. They’re also simultaneously trying to keep their bickering and competing families happy and united, which is a relief as we’ve seen too many sibling and cousin rivalries play out on mainstream television lately.

Airing right after iftari with mouth-watering jalebis as premise, GEO Entertainment brings us a romantic family saga titled Ishq Jalebi that is replete with joint family dynamics, hilarious kitchen comedy and circumstantial cousin romance. Also penned by Saima Akram Chaudhry (how she did it is anyone’s guess) and directed by Syed Wajahat Hussain (who has also directed the insanely popular Khuda Aur Mohabbat 3), the show has been produced by 7th Sky Entertainment’s producer-duo Abdullah Kadwani and Asad Qureshi.

The cast is one of the biggest triumphs of Ishq Jalebi.

Muhammad Boota, played by the veteran Qavi Khan, owns an age-old family business of sweetmeats. His sons are self-centered and have swindled him to settle abroad, leaving him no male heir to his sweet shop empire. He lives with his daughter (Hina Bayat) and son in law ‘Advocate Aashique Hussain’ (Noor ul Hassan) who’s as twisted as a jalebi without being half as sweet. Aashique Hussain has spent the last ten years stealing from the till and brainwashing daada ji against his sons.

The romantic angle comes in with Bela (played by Madiha Imam), their orphaned niece who is also the apple of everyone’s eye and Basim (Wahaj Ali) whose sole goal in life is to wash his hands of the family business and move abroad. For this he will go to great lengths, which also contributes to the comedy.

Bela is shown to be a sweet girl who helps out whomever and whenever needed and so far, has one sided feelings for her maternal cousin Basim.

Ishq Jalebi ‘s ensemble cast also includes a hilarious Irsa Ghazal, Mariyam Nafees, Shaista Jabeen, Parveen Akbar, Mehmood Aslam, Usama Khan, Kashif Mehmood and Syed Atif among others. The show is immersed in realistic family dynamics, exploring the aspirations elders have from their children and the prevalent middle class mentality which places the West on a pedestal and loathes the homeland.

These TV series for Ramazan bring us light and breezy storytelling in the form of stressbusters layered with strong family values, sincere friendships and affectionate sibling bonds that are amalgamated with some light-hearted romance. They are turning out to be a blessing for loyal drama viewers whilst also offering them some much needed comic relief from the daily grind.

Additionally, currently airing Ramazan TV series include an interesting format in which multiple writers and multiple actors come together to develop single episodic stories all which have a moral at the end. Two such daily soaps following this style are Dikhawa (Season 2) and Makafat (Season 3). Both air standalone episodes which carry a narrative arc infused with life lessons.

The series brings together myriad seasoned writers like Soofia Khurram, Nuzhat Saman, Amber Azhar, Suraj Baba, Tanveer Fatima, Shabnam Sani, Saira Arif and Samra Bukhari who have scripted different episodes for the month long dramasode. The aim of the series is to infuse teachings of Islam such as giving, humility, unity and charity and shun pomposity, arrogance, pretentiousness, hypocrisy and malice.

Makafat on the other hand is a short fictional series airing throughout Ramazan and it brings together the work of writers like Saleem Ghanchi, Mazhar Moin, Aamra Shahid, Huma Hina Nafees, Rehan Zaheer Siddiqui, and Amber Azhar. The series has quite a power packed cast, including Junaid Khan, Ushna Shah, Aagha Ali, Yashma Gill and Nawal Saeed among others. Based on the Islamic essence of Makafat e Amal the focus of each episode-long story is to address the idea of good Karma versus bad Karma, with the moral what you sow thou shalt reap.

And last but not least, if you have been craving Turkish historical dramas and are getting withdrawal symptoms from last year’s sensation that Ertugrul proved to be, you can tune in everyday at 4:30pm to watch Kurulus Osman, which is actually the sequel to Dirilis: Ertugrul. The show focuses on the life of Osman I, founder of the Ottoman Empire. The story is centered around Turkish leader and warrior Osman Gazi’s internal dilemmas and hardships as he struggles to establish and control the Ottoman Empire. The character of Osman wages wars and fights his foes in his quest to preserve the honour of Turks, and the plot revolves around how he achieves his goals and overcomes all odds with the close knit bonds that he shares with his friends and family.

And if there’s time for more, all major TV channels offer Suhoor and Iftaar transmissions which are packed with energetic hosts and several topics of discussion. Post Iftar, if you’re not watching the dramas, then you can catch the various game shows and competitions on air.

That’s a lot of content. Variety is good but we do wish that TV producers and content creators would invest a little more time and energy in making shows, both fictional and non-fictional, that are more relatable to Ramazan.

Writers could perhaps incorporate characters who are either fasting or have some relatable scenes that depict the challenges that youngsters go through with their first few rozas, insert some musing about the month of Ramazan or even depict experiences that add some insight into what this holy month has to offer. Making excellent family friendly rom-coms for Ramzan is wonderful, but we also hope for storytelling with the essence of the month to be amalgamated into the future Ramazan TV dramas in the years to come.

– Afreen Seher is a creative writer and a Digital Media professional with special interests in Film, TV and Pop culture. She can be reached a [email protected] 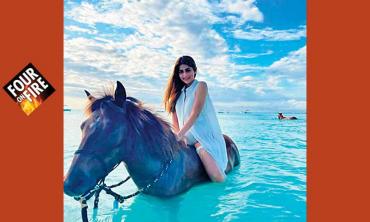 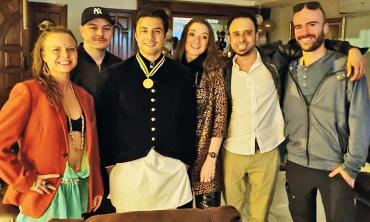 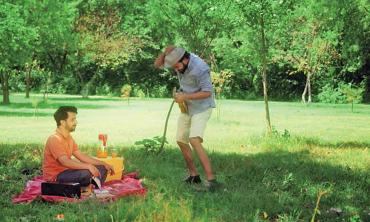