Sugar remains scarce and exorbitantly priced despite a domestic production of 5.59 million metric tonnes this year.

Despite tall claims and some administrative actions, the government has failed to ensure ready availability of the commodity at reasonable prices this Ramazan. Instead, the consumers are forced to wait in long queues to buy restricted amounts of sugar.

The Punjab is the largest sugarcane cultivating province, followed by Sindh and Khyber Pakhtunkhwa. This year the Punjab produced 3.721 million tonnes of sugar, Sindh 1.542 million and KP 0.327 million tonnes.

The current sugar crisis has not emerged overnight. Over the past year, the federal government incentivised sugar exports by providing subsidies to mills.

A group in the Pakistan Sugar Mills Association (PSMA) apparently misguided the government about sugar availability. However, a rival group was telling it to stop exports.

At that time, Pakistan exported 300,000 tonnes to China. The Sugar Advisory Board (SAB), part of the Ministry of Industry and Production (MoIP), looks after all sugar-related matters ranging from sugarcane cultivation, sugar production, availability and needs of the country and recommendations for import and export of sugar. Abdul Razak Dawood headed the SAB, which recommended a free flow of sugar abroad. According to official correspondence, at one point the government agreed to export more sugar to China.

The export caused a shortage in the country. Ironically, the government then had to import sugar by spending about $45 million.

Following the outcry over high sugar prices, Prime Minister Imran Khan ordered an inquiry. Based on its recommendations, a major initiative was launched against sugar mills. The SAB chief who recommended allowing export of sugar was replaced by Hammad Azhar.

The Punjab government also pushed in amendments to the Punjab Sugar Factories Control Act 1950 through two ordinances. These changes range from fixing dates of sugarcane crushing in the Punjab to imposing heavy fines and prison sentences for violation of the ordinance. The law is yet to be tabled in the provincial assembly. An early start to the crushing season was achieved. This enabled the government to improve the availability of locally produced sugar in the market.

However, the issue of high prices then reared its head. For the first time in the country’s history, sugar prices are steadily moving up during the crushing season. Historically, these prices have been low during the peak crushing season. The PSMA-Punjab is defending an increase in sugar prices on the pretext of rising costs of raw materials (sugarcane).

The sugar industry and the Punjab government have been at loggerheads over pricing. The situation worsened when the Federal Investigation Agency (FIA) initiated action against sugar traders and sugar mills for alleged speculation in sugar stocks. The FIA claims that the accused artificially jacked up sugar prices thereby depriving the consumers of Rs 110 billion.

Sugar stocks first vanished from the wholesale markets. Next, there was no sugar in the retail markets. Meanwhile, on March 25, 2021, the government introduced Punjab Sugar Supply Chain Management Order 2021 and the Prevention of Speculation in Essential Commodities Ordinance 2021. Through this order, the government not only fixed the ex-mill, wholesale and retail prices of sugar at Rs 80, 83 and 85 per kilogramme, respectively, but also restricted sugar trading to registered sugar dealers within the Punjab.

However, the PSMA-Punjab approached the Lahore High Court (LHC) over the fixing of prices and the court restrained the government after fixing a quota of 155,000 tonnes sugar at Rs 80 ex-mill for sugar consumption in Ramazan.

The differences between the government and the PSMA, however, continue. There are conflicting calculations of the production cost. Punjab Cane commissioner Muhammad Zaman Wattoo says that the ex-mill price of Rs 80 per kilogram was calculated using the data provided by the sugar mills. “The sugar mills themselves filed average sale price of sugar of Rs 67 per kg with the tax authorities. If sales tax is added to the sale price filed by the mills, the ex-mill price comes to Rs 78.39 per kg.”

The PSMA-Punjab claims that the production cost now stands at Rs 104-106 per kilogram. The association has written a letter to Industries and Production Minister Hammad Azhar, complaining that the federal government has notified an ex-mill sugar price at Rs 85 per kilorgam, while the cost of production in the Punjab sugar mills has gone up to Rs 105.77 per kilogram due to high sugarcane prices (up to Rs 350 per 40 kilogram) compared to the Punjab government’s support price of Rs 200 per 40 kilogram.

Deregulation, removal of subsidies and competition in the market are better options than fixing prices. Competitive sugar pricing and removal of restrictions on the import and export of sugar would give sugar producers market-based incentives to enhance their productive, technical and allocative efficiencies.

Further, mills claimed that the sugar supply had been disrupted due to the harassment by the Punjab government. All key sugar dealers, it said, are facing investigations by the FIA. The sugar supply chain has been badly disrupted as a result. About 75-80 percent liquidity to buy sugar is provided by these top dealers. The gap is bridged by working capital limits. The sugar industry in the Punjab, they said, was in a full-scale financial crisis.

Zaman Wattoo, however, denied that the sugar mills or traders were being harassed. He said that action was taken only against speculators for tax evasion and artificial price hikes.

“Keeping in view the massive tax evasion due to selling of sugar to unregistered brokers, dealers and benamidars, the Punjab government promulgated the Punjab Sugar (Supply-chain Management) Order 2021 and the Punjab Prevention of Speculation in Essential Commodities Ordinance, 2021, which makes it mandatory to sell sugar only to the registered brokers and dealers. This documentation of the sugar industry cannot be called harassment. Law-abiding traders have started getting themselves registered. So far, more than 1,000 brokers and dealers have been registered in the province.”

As per data of the Food Department, sugar recovery was around 10 percent in central Punjab and over 11 percent in southern Punjab. The sugar industry reported an average of 9.39 percent sugar recovery, lower than last year’s 9.71 percent. Further, none of the sugar mills in the Punjab touched 11 percent this crushing season. The PSMA claims that the low recovery rate is due to early start of the crushing season. Sugar mills in Sindh and KP too have reported lower sugar recovery this year at 9.988 and 9.86 after previous year’s 10.21 and 10.30 percent, respectively.

So far, all the administrative and legal options taken by the government to keep sugar prices low have failed. Rationing has been in place in the Punjab ever since the retail price was fixed at Rs 85 per kilogram. Even at high-end stores, only one kilogram of sugar is being sold to an individual consumer. At government-controlled Ramazan bazaars and Utility Stores, a consumer can only buy two kilograms of sugar. In retail markets, the Punjab government has deployed its administrative machinery to ensure the availability of sugar at Rs 85 per kilogram. Deputy commissioners, assistant commissioners and revenue staff have been deputed to ensure the provision of sugar to the shopkeepers. Despite the extensive exercise, sugar is not available at the official rate.

The Competition Commission of Pakistan (CCP) opposed the Punjab government’s decision to set ex-mill and retail prices. In a policy note, the regulator stated that the stopgap measure of ‘fixing price’ could at best provide temporary relief to cap the excessive price increase. “The measure fails to benefit the sector or the economy at large. The short-term benefit of fixing prices (if any) does not justify the long-term loss caused by such policies.”

The CCP recommended that free trade in sugar would make consumers better off by discouraging hoarding and over-pricing in the domestic market. “The government should deregulate the sugar industry to promote free trade mechanisms where price signals can be effectively conveyed to all stakeholders to attract investment, increase competitiveness and reduce distortions in local supply.”

Deregulation, removing subsidies and ensuring competition in the market are better options than fixing prices. Competitive sugar pricing and removing restrictions on the import and export of sugar (without subsidies) would give sugar producers market-based incentives to enhance their productive, technical and allocative efficiencies as well as focus on the necessary research and development to improve the sector.

The writer works for The News. He tweets @Jawwadrizvi and can be reached at: jawwadar@gmail.com 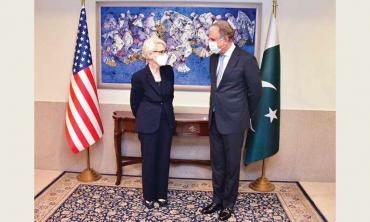 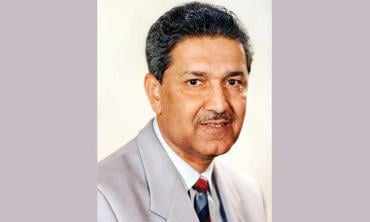 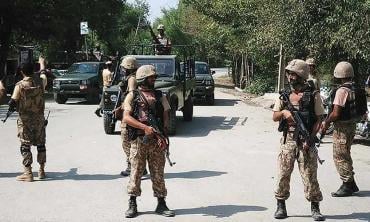