What began as a performance for a festival has transformed into a sonorous six-track EP. A for Aleph has worked its magic again; this time with Wajiha Naqvi’s Women of the World 2021 performance.

During the first digital edition of Women of the World (2021), several performances were embedded within the festival. One very strong and beautiful performance was called ‘Hijrat’ and featured Wajiha Naqvi with Umair Dar and Jasir Abro, accompanying her. But the performance has been released by A for Aleph on their YouTube page – minus any glitches and furthermore as an EP, published by A for Aleph Records.

Noted a press statement from A for Aleph: “‘Hijrat‘(meaning migration in Urdu) is a musical project that aims to build bridges and transcend borders by celebrating the songs and languages of the diverse and vibrant cultural landscape of Southasia. Since Covid-19 has severely restricted physical travel, we hope to take our listeners through a musical journey in 6 different languages (Persian, Pashto, Bengali, Sindhi, Urdu, Old Hindi) spoken across the region. If music is the universal language of mankind, each song weaves through common tales of love, separation, hope, and belief. Hijrat is a celebration of both our commonality and uniqueness.”

The co-curator of Paanch – The Mixtape (along with Babar Sheikh and Ahsan Bari), Wajiha Naqvi is a multidisciplinary artist who featured as main artist as well as backing vocalist during Coke Studio 2020 among her many accolades.

The thrilling record is available on major platforms such as Spotify, Bandcamp, Tidal, Apple Music and Amazon Music while a video is also available on YouTube.

Take our word for it, A for Aleph has made sure that the audio-video performance is without any glitches and really does take you on “a journey across Southasia”. The album features several artists from the music community and is simply put, a terrific combined effort.

Strings may have called it a day on a high note with the crafty ‘Raat Shabnami’ from what is now their last studio album, Thirty followed up by the synth-pop genius of a song called ‘Pyaar Ka Rog’ from Velo Sound Station. But after jointly addressing fans via a message on their social media handle, Bilal Maqsood is still playing his piano, featured on his Instagram page.

However, apart from playing songs from the recent past to songs dating back decades among other things, he shared a personal message for fans of Strings. Given the outpouring of thanks the band received after announcing their decision to call it a day, Bilal Maqsood was perhaps prompted and moved to write a personal note.

Wrote Bilal Maqsood on his Instagram: “I would personally like to thank each and every one of you. This amazing journey of Strings wouldn’t have been possible without the love we got from you guys. You were our real strength. Strings is over. It’s a strange feeling. Never felt like this before in my life. Faisal is feeling the same. But honestly this was the right time to call it a day. Love you all and thank you for everything!”

Faisal Kapadia, in post announcement interviews, has admitted that he will go with the flow but our hope is that their individual journey as artists is far from over and thrives in whatever format they may choose.

With their curious name, and trippier songs, Fake Shamans is becoming a musical force to reckon with.

The song comes attached with a stellar music video.

Discussing the collaboration, Fake Shamans wrote (prior to song release) on their Facebook page, “Last year our friends from rearts connected us with members of Mughal-E-Funk (Rakae Jamil, Farhan Ali), and Mohammad Aizaz. We clicked instantly and started experimenting with our sounds by working on a fusion between Electronic and Classical music. It was by far the most incredible experience of our journey as music producers & Fake Shamans.”

Reflective in the audio and visual department, this is one of the strongest songs, Fake Shamans have released. We hope to see more music from them given their potential. 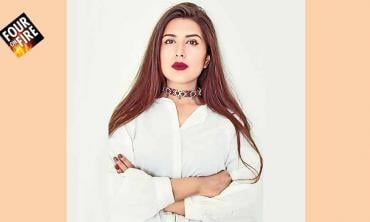 Handmade, from the heart 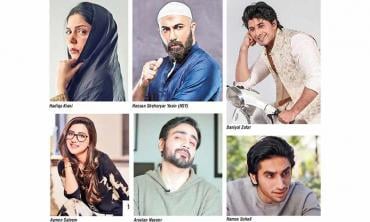 Debut actors to watch out for 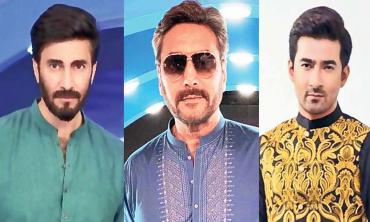 Another Eid in the times of Covid-19