Mujahid Barelvi, in his new book, gives an overview of Habib Jalib’s life as a poet as well as his contribution to politics

Mujahid Barelvi is a familiar figure in Pakistan as he is an anchor person known for his civility and incisiveness of analysis of national issues. In addition to that he is also an aficionado of Urdu poetry. He mentions Ghalib, probably the greatest poet of the Urdu language, at some length in his new book Jalib, Jalib, which is mainly about the poet Habib Jalib. This book, however, is a labour of love because Barelvi is a votary of Jalib’s art as well as his moral stance as a poet of resistance to tyranny.

The book has eighteen chapters and gives a comprehensive overview of Habib Jalib’s contribution to the politics of the country. The main characteristic of Jalib’s verse is that it’s confrontational and critical of all attempts by tyrants to stifle and asphyxiate dissident voices. When Ayub Khan was in power the whole land lay hushed under the power of his military might which the bureaucracy endorsed and assisted. Yet, when Ayub published his constitution in which an electoral college was created in the name of basic democracy while disenfranchising the rest of the people, it was Jalib who read out his famous poem declaring that he did not agree with that constitution. Jalib said:

(This constitution, this morning without light/ I do not acknowledge! I do not obey!).

This poem is on the lips of people even now and, ironically enough, it was sung with fervour by none other than a very powerful chief minister of the Punjab, Shahbaz Sharif, also. Jalib did not stop when Ayub was replaced by Gen Yahya Khan. In a poetry meeting held in Murree he pointedly addressed the portrait of the military dictator and chanted:

(The man who sat on the throne here before you/ was as sure that he was God).

However, it was against Jalib’s gentlemanly values to read out anything against any ruler who was no longer in power. His target would be those in power.

Thus, ZA Bhutto, when not in power, was close to him but when he became prime minister, Jalib withdrew himself from his intimate circle. He then wrote a poem, one line of which is: Larkanay chalo, warna thanay chalo (Come [pay homage] to Larkana, or be dragged to the police station). This was a just criticism of Bhutto’s strong arm tactics against his political opponents. However, when Bhutto was hanged and Benazir and Nusrat Bhutto faced hard times, he refused to out the poem and, instead, read out a poem against Zia ul Haq.

(Do the murderers ever change? They only change their faces/ strange is our journey; the distances [separating people from one another] move apace with us).

He now wrote in favour of Benazir Bhutto who was then a young woman struggling against the might of Zia’s draconian measures:

Jalib also tried his hand at other genres of Urdu poetry. Barelvi quotes some of his couplets in the ghazal tradition. I must confess, however, that I personally think that this was not his forte. In his own literary niche, the poem of resistance, he deserves recognition.

Barelvi has not confined himself to the literary output of Habib Jalib. Like a good biographer, he has mentioned everything significant about him: his birth, education, family, friends, illnesses and death. He points out that Jalib never held a regular job so his income would be dependent on the money given to poets who were invited to poetry meetings. Although he knew many important and powerful people none of them provided him with regular income. His health was ruined because of his frequent sojourns in jails and indifferent food. In the end when he lay mortally ill at Mayo Hospital of Lahore he only had his wife and Barelvi himself by his bedside.

He died on March 12, 1993 at midnight leaving behind a reputation of rare integrity and courage in a country that badly needs such virtues. His work inspires people who still have hope in humanity’s future. Mujahid Barelvi has done great service to not only Pakistanis but all those who cherish the values of courage, freedom and humanity. It is a book I recommend to everyone and I trust it will remain a landmark biographical study for a long time. 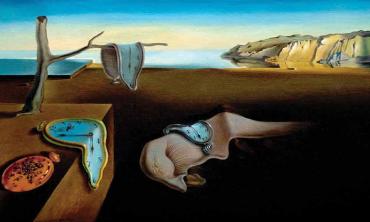 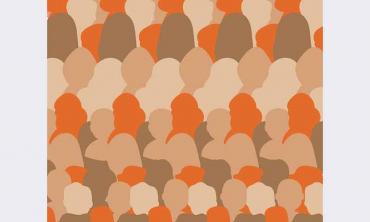 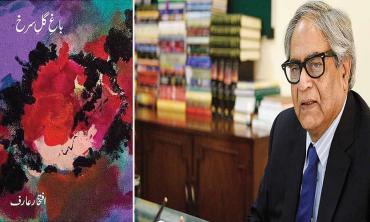