The life of Ibn Abdur Rehman

“None of my fault” was the prompt reply when I asked him about his Arabic name, Ibn Abdur Rehman, despite being a Rind Baloch. He was always evasive about his personal life, though he never missed a chance to share interesting anecdotes and was an avid story teller. His intellectual pursuits and the company of progressive stalwarts that he kept took him on an arduous road of seeking emancipation for the working people.

National liberation movements were reaching their culmination and independent dominions were emerging; journalism with a ‘mission’ was the order of the day on both sides of the religious-secular divide. Ibn Abdur Rehman learned his early lessons at the moderate Aligarh Muslim University steeped in the rationalist tradition of Sir Syed Ahmad Khan. He was not attracted to Muslim separatism and yet supported the partition on the principle of right to self-determination (as did the Communist Party of India). His experience of migration amid bloodshed was most horrifying but quite remarkably he did not nurse any bitterness on account of it.

After graduating from Aligarh, he entered the Government College, Lahore, which had kept the Anglo-Saxon tradition of free learning. Despite being a science student, his heart and mind were always attracted to the literary, debating and drama societies. He was also active in progressive students’ politics of Democratic Students Federation. For a career, he chose journalism with a progressive-mission. Rehman received his baptism in Marxism through the Progressive Writers’ Association. He never never deviated from his progressive idealism and democratic values.

His apprenticeship at the Progressive Papers Limited (PPL), founded by a progressive dissident Muslim Leaguer Mian Iftikhar Uddin, was formative. The Pakistan Times had an enlightened editor-in-chief in Faiz Ahmad Faiz and a meticulous editor in Mazhar Ali Khan. IA Rehman started his career as a film and cultural reporter and critic. Film reporters were paid for the ticket for the first show of any film and expected to review it the next day. When Rehman wrote a piece without actually watching the film, he was summoned by Mazhar Ali Khan to explain how he could write a review without going to the cinema. He said since he couldn’t buy a ticket, he had interviewed several viewers and based his piece on the interviews. His first snub from an editor was thus about the importance of a first-hand account.

Eventually, he graduated to editorial writing. He increasingly wrote on politics and became a regular commentator on both politics and arts. Faiz Ahmad Faiz was arrested in the Rawalpindi Conspiracy case and the Communist Party of Pakistan was banned. A witch-hunt of progressive writers and journalists followed as McCarthyism was extended to Pakistan after it joined the US-led military alliances. When Pakistan Federal Union of Journalists (PFUJ) was formed, IA Rehman joined it. He was also involved with the trade union movement.

The hallmark of the early post-colonial period was an all-encompassing ideological debate that took place during the 1950s and 1960s about the nature and character of the state. The Progressive Papers Limited (PPL) was the mouthpiece of progressive democratic standpoint. The editorial policy of The Pakistan Times; Imroze, edited by likes of Ghulam Rasul Mehar and Chiragh Hassan Hasrat; and Lail-o-Nahar, edited by Sibte Hasan, consistently held a democratic, federalist, secular and anti-imperialist line. The PPL was a hub of great writers, poets and renowned journalists and a unique place of learning. I learnt a lot from frequenting the PT canteen in the company of Sibte Hasan, Abdullal Malik, Ahmad Bashir, Safdar Mir and Hameed Akhtar. The progressive intelligentsia, including Rehman, stood for a progressive, republican, secular and federalist state.

I find it hard to say who will fill his shoes although he has left behind a glorious tradition of critical thinking and selflessly working for the common man.

Rehman waged a protracted struggle for freedom of expression, press freedom in particular, and press workers’ rights. He was one of the pioneers of the PFUJ and was respected in both wings of the country. When the PPL was taken over by the government of Gen Ayub Khan, censorship imposed restrictive press laws, Press and Publication Ordinance in particular, were promulgated, Rehman and his colleagues in the PFUJ fought for press freedom and the restoration of the PPL. The leftists and nationalists got united against the first military dictatorship and fought for the restoration of adult franchise and the parliamentary system; abolition of One-Unit, the parity and the so-called basic democracies; and an end to Pakistan’s alliance with the US-led military bloc. Progressive writers and journalists suffered many hardships during the long reign of Ayub Khan. Rehman was no exception.

Worst was to follow. Gen Yahya Khan launched an uncalled-for military operation against the People of East Pakistan. Rehman and his friends in the PFUJ opposed the military action. Some his colleagues, including Shaheedullah Qaiser, were martyred. Others, including Inayatullah Khan of Holiday weekly to which Rehman was a regular contributor, were incarcerated.

The ideological split between Khrushchev and Mao divided the progressive and communist movements. Rehman’s position coincided with the so-called pro-Moscow or “revisionist” faction, but he mostly kept aloof from the Left’s infighting. He had been a card-holding member of the banned Communist Party, but never flaunted it. Comrade Rehman followed his own praxis and focused on his profession and people’s rights.

Ideologically speaking, he was neither a demagogue, nor a dogmatic ideologue. He was an enlightened person with a progressive worldview committed to the wellbeing and emancipation of the working classes and the oppressed people of the world.

Following purges at the National Press Trust (former PPL), Mazhar Ali Khan started his independent weekly, Viewpoint. Some of the stalwarts of journalism thrown out of the NPT by yet another military dictator, the obscurantist Gen Ziaul Haq, joined Viewpoint. Given the paltry wages, most of them earned their living by writing for various publications.

I started my journalistic career after the break-up of the Qaumi Inqilabi Party. Everybody from Mazhar Ali Khan downwards was opposed to my quitting the party politics, but Hussain Naqi, Zafar Iqbal Mirza and Rehman Sahib took me under their wing. By that time Amin Mughal, a close comrade of Rehman, had left the newspaper. Apprenticeship at the Viewpoint, a rigorously edited news and views weekly, was a tough. My copy was first screened by ZIM, then scrutinised by IA Rehman, the editor, and then by the editor-in-chief, Mazhar Ali Khan.

Rehman Sahib next joined Asma Jehangir in building the Human Rights Commission of Pakistan, where he along and Aziz Siddiqui formed a formidable two-man secretariat. They made the HRCP the most distinguished defender of human rights in Pakistan. Rehman continued to write his column, Between the Lines, under a pseudonym (Linesman) besides formulating charters of rights and compiling huge reports on the State of Human Rights in Pakistan. The charismatic Asma Jehangir, meanwhile, challenged all who wielded power. Rehman was not only a guide, but also a mentor. He helped an instinctively aggressive Asma avoid being bogged down in infantile skirmishes.

Rehman Sahib, the man of peace, founded the Pakistan-India Peoples’ Forum for Peace and Democracy along with Dr Mubashir Hassan and Comrade Tapan Bose. He also helped found the South Asian Free Media Foundation (SAFMA) for peace and cooperation in South Asia.

He lived a simple and contented life and was above self-projection. He was a dervish who lived and worked for the people and left behind a tremendous legacy of resistance. He was instrumental in Pakistan’s adoption of several UN charters of rights and Geneva Conventions. One day he called Farhatullah Babar to request President Asif Ali Zardari to sign the Geneva Convention Against Torture. The president signed the summary that was approved by the federal cabinet. However, it has yet to be ratified by the parliament.

I find it hard to say who will fill his shoes although he has left behind a glorious tradition of critical thinking and selflessly working for the common man. May his illustrious legacy live long.

The life of Ibn Abdur Rehman 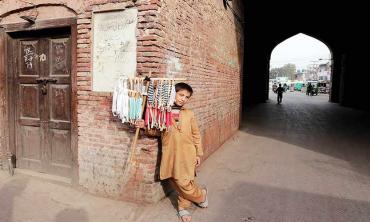 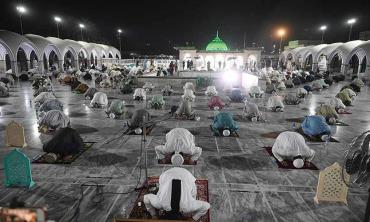 The best way to pray? 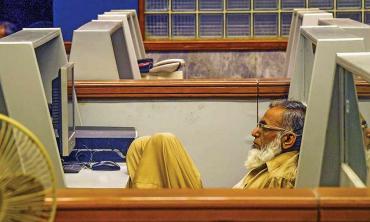 A lack of productivity