The Tehreek-i-Labbaik has been banned following protests that left five people, including 2 cops, dead

Following violent protests that claimed the lives of five people, including two policemen, the federal government has banned the Tehreek-i-Labbaik Pakistan (TLP).

Addressing a press conference along with Federal Minister for Religious Affairs Noorul Haq Qadri on Thursday, Interior Minister Sheikh Rasheed Ahmad said the government would also take measures for TLP’s dissolution. “The government tried its best to resolve the matters through negotiations but TLP’s intentions were horrifying. They did not want to step back from their agenda for April 20 at any cost,” he said. He said 580 police personnel had sustained injuries and at least 30 cars had been destroyed in the violence. “The government will consult the Supreme Court of Pakistan to outlaw the TLP,” he said.

Minister Qadri said he had been engaging with the TLP for two years. He said the government had tried to bring it into the political mainstream. “The government never backtracked from its commitment to present a resolution in the National Assembly. He said it was working on a draft that will not cause an international crisis. While negotiations were under way in this regard, the government had learnt through its sources that the TLP was making preparations to stage a sit-in at Faizabad in Islamabad on April 20. The party had issued a call to its workers to gather at its former chief Allama Khadim Hussain Rizvi’s grave and then stage a march on Faizabad. They did not have a moral justification to issue such a [call] before negotiations had concluded,” he said. “The government had offered to form a parliamentary committee to work with the TLP to produce a consensus draft but that the TLP leaders did not agree. We tried our best to make them understand the issues involved. Political leaders, religious leaders and business people have been arrested in the past. The kind of reaction shown in this instance cannot in any way be called moral or religious.”

On Thursday, a notification declaring the TLP a proscribed organisation was issued by the Ministry of Interior shortly after the federal cabinet approved a summary to ban the party. “The federal government has reasonable grounds to believe that the Tehreek-i-Labbaik Pakistan is engaged in terrorism; has acted in a manner prejudicial to the peace and security of the country, is involved in creating anarchy in the country by intimidating the public; has caused grievous bodily harm, hurt and death to the personnel of Law Enforcement Agencies and innocent by-standers; has attacked civilians and officials; has created wide-scale hurdles, threatened, abused and promoted hatred; has vandalised and ransacked public and government properties including vehicles, and caused arson, blocked essential health supplies to hospitals, and has used, threatened, coerced, intimidated, and overawed the government, the public; and created a sense of fear and insecurity in the society and the public at large. In exercise of the powers conferred by Section 11B(1) of the Anti-Terrorism Act, 1997, the Federal Government is pleased to list Tehreek-i-Labbaik Pakistan in the First Schedule to the said Act as a proscribed organisation for the purposes of the said Act,” the notification added.

The decision to ban the group and consult the Supreme Court of Pakistan indicates that the government is confused about the level of action needed against the TLP, believed to have been created to counter the Pakistan Muslim League-Nawaz (PML-N) and the Pakistan Peoples Party (PPP) in the 2018 election.

Putting the genie back into the bottle won’t be easy now that the group can claim massive sectarian support, especially after the Tehrik-i-Taliban Pakistan (TTP) has announced its support for the TLP.

Apart from the ban, the TLP faces serious internal rifts. Government sources as well as TLP insiders say many senior TLP leaders are unhappy with the way Saad Hussain Rizvi has taken over the party following the death of his father, Khadim Hussain Rizvi.

“Several senior leaders of the group have parted ways with Saad Rizvi,” says a TLP insider requesting anonymity. However, what gives him confidence is the devotion of his father’s followers.

Pir Afzal Qadri, one of the founder members and most senior leader of the group, has in the past alleged that Saad Rizvi had embezzled party funds and illegally occupied TLP property. Rizvi was arrested on the basis of that FIR when the TLP announced a long march on April 20.

Pir Ejaz Ashrafi, a senior leader of the Tehrik-i-Labbaik Ya Rasool (TLY), and a former spokesman for the TLP, had told TNS: “TLP and the government have reached an agreement according to which the government is supposed to present the issue of French ambassador’s expulsion from Pakistan in the parliament before April 20. The government did not keep its promise.” He said the security forces had arrested Saad Rizvi when he was going to lead a funeral on Monday.

Constable Ali Afzal was taken to a fuel station at Shahdara where TLP members beat him unconscious with clubs. He was later pronounced dead at a hospital. Another policeman, Muhammad Imran, succumbed to his injuries at Mayo Hospital. The protestors also shot and injured four cops at Thokar Niaz Baig.

After the arrest, messages from TLP leaders spread on social media and WhatsApp groups telling their supporters to stay alert. Within a couple of hours, most of the major roads in the country were blocked by TLP’s activists. When police tried to disperse them, they attacked it.

According to the interior minister, 528 police officials were injured and two had died after being attacked by TLP supporters.

The Punjab witnessed the most violent scenes. In Lahore, two policemen died and 97 were injured. “Constable Ali Afzal was taken to a fuel station at Shahdara where TLP members beat him unconscious with clubs. He was taken to a hospital where he was pronounced dead. Policeman Imran succumbed to his injuries at Mayo Hospital on Wednesday. Men using firearms shot four cops at Thokar Niaz Baig,” said a spokesman for the Lahore police.

In Bahawalnagar, the protesters attacked police and Rangers and kidnapped three cops and a Rangers man who were later recovered by Punjab Rangers.

Strangely, the office of the Inspector General of Punjab Police, remained silent and avoided giving details about clashes, arrests or casualties. TNS tried to reach IGP Inam Ghani, DIG Operation Suhail Sukhera and Director Public Relations Nayab Haider, but they did not provide any information.

Firdaus Ashiq Awan, the adviser Punjab chief minister, told TNS that the government would not seek negotiations with the TLP. “Now, we will choose action.”

The preparedness and promptness of the TLP response was remarkable. When the police arrested Khadim Rizvi in 2019, it did not face such a strong and violent reaction. It has been suggested that the government should have taken the necessary measures before arresting Saad Rizvi. It seems that the government was not expecting such a response from the TLP.

On Wednesday, the interior minister told the media that the decision to ban the group had been taken on the recommendation of Punjab government, the NACTA, the Intelligence Bureau and the Special Branch. These institutions should have warned the government about the risks involved in arresting the TLP leader beforehand.

Shaikh Rashid Ahmed said, “The government was negotiating with them and had assured them that it will take the issue to the parliament but the TLP leaders did not wait and created chaos in the country.”

The TLP has released a video message by some of its leaders including its spokesman Shafiq Ameeni. The message says, “Shaikh Rashid is a liar. The fact is that the police shot at TLP activists in several parts of the country. They killed several protestors and have arrested hundreds.” Ejaz Ashrafi said, “According to initial information, 10 TLP activists have been martyred.”

The TLP, which once enjoyed official patronage, has mounted a violent challenge to the state. Imposing an effective ban on a political party that has strong electoral roots in the Punjab and presence in other provinces, will be a major challenge for the government and the state machinery.

The author is a senior journalist, teacher of journalism, writer and researcher. He tweets at @BukhariMubasher 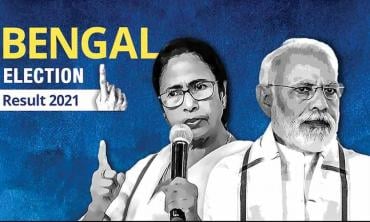 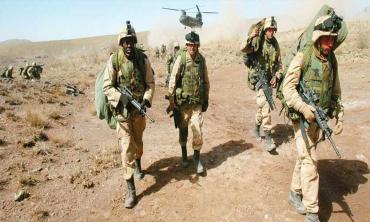 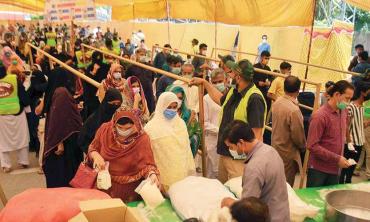