Responding to a caller in a recent two-hour long telethon, the prime minister said that obscenity was a cause of a surge in the cases of rape. The PM’s explanation raised many eyebrows and drew the ire of many, including his former wife, Jemima Goldsmith. The Women Action Forum demanded an apology from the PM for his insensitive remarks. The PM’s remarks have also received opprobrium from the international media.

The criticism of the prime minister was wide-ranging. First, his ideas on women’s dress and their sexual experience were seen as “regressive”. A disturbing implication of what the PM said was that when leaders express such a warped sense of morality, it tends to give the culprits impunity. The prime minister’s logic was also seen defying existing research that has explained several causes behind sexual violence. Western influence, according to research, is not associated with sexual violence. The real problem, which the PM apparently missed, was the law enforcement agencies’ failure, a widespread culture of impunity, low conviction rates for sexual crimes, women’s fear of reporting the crime and obscurantist social attitudes.

The view that women should dress in a particular way because some members of the society lacked the “will power” to resist the temptation caused by provocative dress, was found an implausible excuse. After all, both genders have been enjoined upon to lower their gaze to resist temptation.

Additionally, if wearing modest dress had been enough to address the problem of sexual violence, women in Saudi Arabia and Iran might have been significantly more protected, which, in fact, is not the case. On the face of it, the problem does not lie with the clothes women wear, but with the mindsets of their abusers. The prime minister purportedly perpetuated that mindset and implicitly told the women that the burden of safety lay with them and not with the state.

There is weight in much of what is being said about the prime minister’s assertion. Sexual violence tends to become more widespread as it becomes more normalised. Sexual violence is normalised because of multiple factors, such as religion and cultural norms. It is contended that religion has given clear guidelines about the codes of sexuality, dressing norms and the behaviour expected of women in the presence of stranger males.

When women are sexually assaulted, it is readily concluded that they failed to abide by the prescription. Women consequently cope with sexual harassment by forgoing their freedom of movement and becoming apologetic for the attitudes of those who harass and, consequently, sexual harassment is normalised.

It is impossible to disagree with the criticism that sexual violence issue in Pakistan is compounded by the failure of judicial institutions, a culture of impunity, the social attitude of blaming the victim, and a lack of adequate education to sensitise the people about the gravity of the crime. However, the assertion that women’s dress choices are not correlated with sexual harassment is contradicted by facts.

Evidence linking women’s dress and how they are judged by the public is impossible to summarise in a brief article. Let us consider a few studies undertaken in the developed world.

Lewis and Johnson in their 1989 study titled, Effect of Dress, Cosmetics, Sex of Subject, and Causal Inference on Attribution of Victim Responsibility noted that rape victims are more frequently perceived as being responsible for the crime against them than any other serious crime. It is extremely rare, for example, to blame a victim of mugging for the crime.

Different theories have been put forward to explain the link between provocative dress and sexual violence, such as attribution theory, objectification theory and feminist theory.

An experimental study by Cassidy and Hurrell (1995) The Influence of Victim’s Attire on Adolescents’ Judgments of Date Rape showed, high school students were reported to have considered women wearing provocative dresses as responsible for their rape. Gueguen showed in his study The Effect of Women’s Suggestive Clothing on Men’s Behavior and Judgment: A Field Study that even short skirts were seen to be associated with an increased likelihood of rape. Some other experimental studies, such as The Role of Sexual Provocativeness, Rape History, and Observer Gender in Perceptions of Blame in Sexual Assault by Schult and Schneider have also shown that the number of people blaming the rape victim was proportional to the extent to which she revealed her body in public places.

A study on a large group of women in London and New York City showed that women found it extremely difficult to navigate the media constructs of hot and sexy femininity. Lamb and Plocha noted in their study Pride and Sexiness: Girls of Colour Discuss Race, Body Image, and Sexualisation that on the one hand, some women had to devote extreme physical effort and monetary resources to achieve the desired body shape and on the other they had to cover their bodies to avoid harassment.

Many studies around the developing world have had similar findings. A study of women’s experience of street harassment in Morocco titled, Everyday Gendered Violence: Women’s Experiences of and Discourses on Street Sexual Harassment in Morocco showed that most women were convinced that provocative dress exposed them to street harassment and that help from passers-by was forthcoming only if they were ‘decently’ dressed. How women came to internalise such an attitude is a complex function of the nature and performance of social and economic institutions.

A study in Ghana titled, Effects Of Women’s Seductive Dressing On Men’s Behaviour And Judgement: A Study In Selected Universities In Ghana found that the female university students’ provocative dress invited male students and increased the odds of a promiscuous lifestyle on the campuses. Begum and Barn noted in their study Crossing Boundaries: Bras, lingerie and Rape Myths in Postcolonial Urban Middle-Class India that it is widely believed in India that a woman’s risk of being raped increases by dressing provocatively and going out after dark.

There have also been studies on why some men construe sexual interest from women’s revealing dress. Two explanations are offered by Farris et al. (2008) in their study Perceptual Mechanisms That Characterize Gender Differences in Decoding Women’s Sexual Intent offered two explanations. One, because of their insensitivity (that is, they fail to understand women’s affective cues). Two, due to their preconceived social bias.

Several theories have been put forward to explain the link between provocative dress and sexual violence: these include the attribution theory, the objectification theory and the feminist theory.

Dress is an essential part of the construction of one’s social identity. Some of the well-known functions of clothing as noted by Awasthi in his study From Attire to Assault: Clothing, Objectification, and De-humanization – A Possible Prelude to Sexual Violence?” are presenting oneself for appreciation and admiration; and objectification. One’s wardrobe is believed to be an extension of the diverse aspects of one’s beliefs and life circumstances and is at the heart of the construction of a social identity.

Clothing is also an important reflection of gender identity, even for children, and plays a crucial role in signalling. In this context, provocative dressing leads to sexual objectification, which in turn, biases the perception of sexual violence.

Research related to cognitive processing sees sexualised female bodies as object-like, dehumanised, and devoid of agency and personhood as documented by Awasthi in 2017. It is in this sense that sexual violence is the result of a dehumanised perception of the female body.

The prime minister’s assertion that a culture of obscenity is the product of pervasive Western media is also shared across many cultures. There appears to be a broad agreement that a surge in the sexualised portrayal of women and girls by Western media has affected clothing practices.

The link between media-induced objectification and sexual violence is in no way tenuous. As shown by Fasoli et al. (2018) in their study The (Female) Graduate: Choice and Consequences of Women’s Clothing that women in provocative dress are seen as less competent, less intelligent and having more lax moral standards. They are also more likely to be blamed if they become a victim of rape.

The writer is an Assistant Professor in the Department of Economics at COMSATS University Islamabad, Lahore Campus 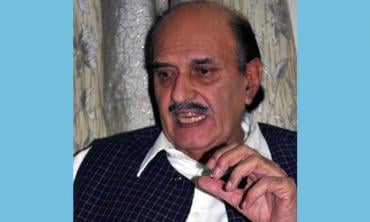 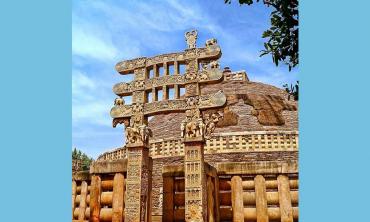 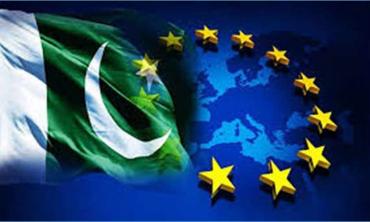