According to political insiders, the differences were not unbridgeable but unfortunately, due to PML-N, JUI-F and like-minded parties’ adamancy, rifts resulted in formation of a separate bloc

The Pakistan Democratic Movement (PDM) which was a grand opposition alliance of the 11 leading opposition parties was formed on September 20, 2020 and demanded the resignation of Prime Minister Imran Khan (what they call selected PM).

Since its inception, with hard-hitting fiery speeches by PDM leadership including Maulana Fazlur Rehman, Maryam Nawaz Bilawal Bhutto Zardari criticising the economic mismanagement of the sitting government, rising inflation and other popular decisions of the sitting Pakistan Tehreek-e-Insaf (PTI) government the opposition parties started to gain momentum especially after a successful power show by PDM in Multan on November 30, all thanks to a former prime minister Syed Yousaf Raza Gilani.

Masses started buying into the arguments of the opposition leadership, reinforced by a few victories of the joint candidates of the opposition – for instance in the by-elections of Nowshera (PK-63), Gujranwala (PP-51) and Pishin III (PB-20), and the government was on the backfoot. But, according to the political pundits, the real decisive blow to the government was Syed Yousaf Raza Gilani’s victory against the sitting Federal Minister for Finance Abdul Hafeez Shaikh when the ministers, prime minister and the whole government machinery, despite an all-out effort, failed to secure this important senate seat from Senate on March 3.

Due to this, PM Imran Khan had to take the vote of confidence from the parliament. But the differences started flaring up in the opposition camp as on March 16, 2021 when Pakistan People’s Party (PPP) demanded the time to deliberate about the resignations in the Central Executive Committee. PPP was clear from day one that it would not resign from the parliament and would instead continue its struggle while remaining part of the democratic setup. It is the policy since the days of the late Mohtarma Benazir Bhutto’s leadership.

For PPP, the resignations of all political parties before the long march, a strategy that opposition parties including PML-N and JUI-F were adamant on should have been a last resort.

According to political insiders, the differences were not unbridgeable but unfortunately, due to PML-N, JUI-F and like-minded parties’ adamancy, rifts became more pronounced. Now it seems that the PDM is a camp divided within itself following Syed Yousaf Raza Gillani’s selection as the opposition leader in Senate and show cause notices issued to PPP and Awami National Party by Shahid Khaqan Abbasi for allegedly breaking the rules of the opposition parties’ alliance in the Senate elections which seems to be the last nail in the coffin of PDM.

Replying to the notice, Senator Sherry Rehman, the PPP Senator said, “Pakistan Peoples’ Party is not answerable to anyone but the people of Pakistan, nor does PDM have a constitution through which they can issue show cause notices to any party. We are only answerable to our party and workers”.

“From day one, I was sceptical about the success of the alliance given the huge gap of ideologies among the party,” says Raza, who also teaches media in different universities.

The Pakistan Democratic Movement (PDM) has decided to part ways with the PPP and ANP and form a new alliance of five opposition parties with 27 members in the senate. These five parties are PML-N, Jamiat Ulema-i-Islam JUI-F, Pakhtunkhwa Milli Awami Party (PkMAP), National Party (NP) and Balochistan National Party (BNP-Mengal).

Speaking to The News on Sunday (TNS), PML-N leader and Maryam Nawaz’s spokesperson, Muhammad Zubair says, “If Zardari Sahib hadn’t made the personal comments about Mian Nawaz Sharif’s return to Pakistan, things would have been different. But it seems difficult to bridge the gap between the two parties and recent personal comments about Maryam Nawaz from Bilawal Bhutto were not in good taste either.”

“So, in my opinion unfortunately, PDM will not be the same anymore,” Zubair says.

Zubair adds that it was decided at the PDM meetings that Gilani will be the candidate for chairperson, while the deputy chairperson senate will be from JUI-F and opposition leader will be from PML-N but PPP didn’t fulfill this promise.

Disagreeing with Zubair, Qamar Zaman Kaira, the PPP Central Punjab President, tells TNS that we have not violated any of the charters of PDM and we were all set for the long march. He adds that former premier Raja Pervez Ashraf, during the meeting with Shahid Khaqan Abbasi, made it clear that the opposition leader for the Senate is not decided yet and will be deliberated.

Ahsan Raza, journalist and analyst with national and international media houses while speaking to The News on Sunday, sees the fragmentation of the PDM as a natural outcome.

“From day one, I was sceptical about the success of the alliance given the huge gap of ideologies among the party,” says Raza, who also teaches media in different universities.

“In the present scenario, the PPP-ANP sees eye to eye on many issues for their left to centre inclination. Similarly, religious parties like the JUIF, Jamiat Ahle Hadith and JUP feel comfortable in the company of Noon League,” he says.

About the future of both factions, Raza says it’s likely that both the ANP and the PPP would be electoral allies in the KP. So far, the Noon League, it may ditch the JUIF and other parties if it reaches a compromise with the powers that be.

When asked who should be blamed for the break-up of the alliance, he says that we should blame those who made the alliance.

“The PPP called an APC where the PDM was born to pressure or topple the government or at least with win ease in the face of growing heat of NAB overworking. Asif Zardari, the man behind the PDM, forgot to consider that there’s no Nawab Nasrullah like larger-than-life politician anymore. Similarly, the alliance didn’t offer a minimum common ground to major parties.”

With the ruling party continuously arguing that this alliance is unnatural and cannot sustain and there is an internal rift along with power politics largely at play among the two of the largest parties of the PDM, it seems that the opposition alliance to dethrone the government of PTI is dying its natural death; with more credit to the lack of political acumen of the five opposition parties who are all set to form the forward bloc in the senate and exploiting differences with the PPP and ANP instead of sorting it out in an amicable manner.

The writer is a journalist based in Lahore. He reports on politics, economy and militancy. He can be reached at [email protected] 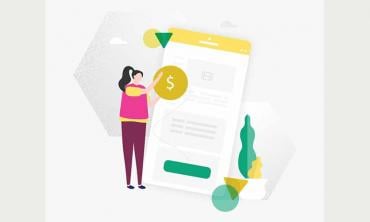 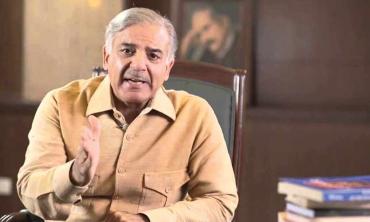 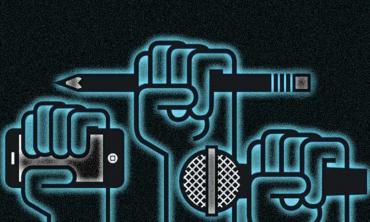