Gods, goddess, angels, fairies, demons, and other mythological entities differ from mankind in many respects: power, life span, vision, wisdom, beauty, etc. Another significant separation is on account of scale. They are larger than humans. This probably has to do with the space they inhabit: sky, heaven, underworld, or a location beyond our conception. Vastness of their dwelling may have something to do with the largeness of their ‘bodies’.

When represented in visual formats by human beings, most of them are created in huge dimensions, even those who were born humans but later attained divine attributes. For example, sculptures of Buddha: 170 feet high in the Bamiyan cave and 46 feet long granite in Polonnaruwa, Sri Lanka.

We, mortals, too, are habitants of two realms. Earthbound, we walk on the ground, sit on it, lie, and most of us are put inside it after they die; but we also share the space with spiritual and other creatures. We breath in the air, a buffer zone between the human and the divine. A sphere to interact, exchange and encounter. Angels descend to earth to speak to prophets, demons haunt abandoned houses, occupy trees and possess human psyche. Gods and goddesses looked down at humans from the heaven.

The space for interaction is the playground of Waseem Ahmed’s artistic ventures. In his new body of work from his current solo exhibition, titled Ambivalence (April6 - May 8, Sanat Initiative, Karachi), one comes across contacts, conversations, and conflicts between two species and the dominating presence of Nature. Waseem Ahmed, trained in traditional miniature painting and having years of experience, has been developing a unique vocabulary, and exploring new themes, imagery, techniques in his art, whether displayed at Biennales, Triennials, museum shows, group exhibitions, or solos.

The concerns and imagery in Ambivalence appear distinct from his previous paintings, even though one can feel some overlapping in technique, structure and material. A main theme in the new work is representation of two worlds. Their meeting. The world of mortals and the world of celestial; the hemisphere of human beings and the kingdom of vegetation. The earth is portrayed by an abundance of leaves, and the sky is referred to through wings on some characters. The scenario is no surprise for Ahmed, because since his graduation from the National College of Arts in 2000, he has been blending opposites. Visuals of Renaissance painting with popular truck art; female nudes of the Western art history with veils and burqas from various areas of Pakistan.

His art has remained a depiction of composite reality; so when he now paints a human-headed winged lion (lamassu sculptures from Assyria) in his Untitled, the image seems to be a perfect choice. He does not reproduce the three thousand years old reference, but transforms it with a layer of leaves, vines, petals, all derived from recognisable foliage of the Indian miniature painting. In a sense, the work is a comment on “the current global environmental issues”. He places the camouflaged creatures against a border that reminds one of old manuscript pages.

In a number of paintings, the viewer comes across other hybrid figures. Men with goat’s head and horns composed with halos behind their faces, or standing in a circular shape surrounded by leaves. In some of his figurative narratives, Ahmed – a superb draughtsman – draws detailed body of classical stone statues: depiction of gods in Greek art, or portrayal of Buddha in Gandhara sculptures. One painting includes a woman covered in clusters of leaves along with silhouettes of two males on either side. The form of a female is composed in the middle of another work, which due to its sensitive handling of medium, background of a receding twilight and clouds, demarcation of foreground, and borders within borders is harmonious to miniature painting’s regular aesthetics. Apart from an unusual pictorial aspect, the dotted vertical line of red marks placed in the centre of this composition, there is another mysterious element that invites interpretations and associations - an exercise that keeps any work of art alive in the eyes and minds of the spectators. In the middle, there is a dark, almost black female figure that can also be read as a gap, a void. Perhaps a comment on the disappearance of human in a post pandemic world, if not a remark on the situation of women in a patriarchal society like ours. Whatever the case, the work due to its enigmatic simplicity stands out in the exhibition, also because of its ‘realistic’ sensibility.

In this exhibition, Waseem Ahmed has relied on two ways of representing human bodies. A person partially or fully composed of leaves and vegetation, or made of a single hue, flat red or dense black. In a painting, the human figure layered with leaves is lying amid a landscape, with a red rimmed dark disk (the sun) rising from the ground. This, and other dystopian scenes, as analysed by Maaria Waseem in her catalogue essay, “represent a state of uncertainty, a reflection on the unpredictability that is all pervasive and has changed life for everyone so abruptly, with only a vague sense of what the future holds”.

She, further in the text, reminds “how the global lockdown during the pandemic has affected everyone”.

The latest series of works certainly brings to mind those phases of hope, periods of hopelessness, and seeking help from the divine, and the fear of other. The most striking part of these paintings is the presence of a black-winged figure, probably the angle of death hovering over everyone’s head (if not residing in his/her mind). This male shape interacts with a female entity, fully fabricated with leaves of various sort. Although in another painting a similar looking male cut-out is faced with an animal (made of foliage) of female profile and bright golden wings. Juxtaposition of winged figures with female counterparts signifies more than the intended content of the artist. He informs us: “alerting about the fragility of our vital resources, the paintings in Ambivalence suggest a feeling of threat and violence. At the same time, they provide the awareness needed to save the environment for our next generation”.

One feels that besides the crisis of ecology and considering the future of human race, these works are inner landscapes of our selves. How vegetation covers the soul (or the face of Buddha and the contours of ancient sculpture); and how we are always surrounded by our alter ego. In the form of that dark figure, which surrounds us, holds us, comforts us, threatens us; and is part of us – like all manifestations of divinity: gods, goddess, angels, fairies, demons, and other mythological entities. 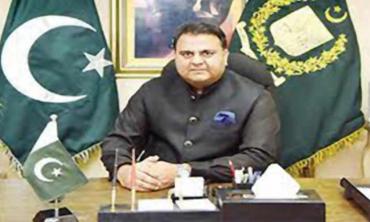 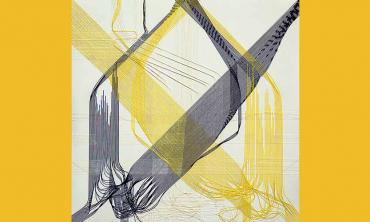 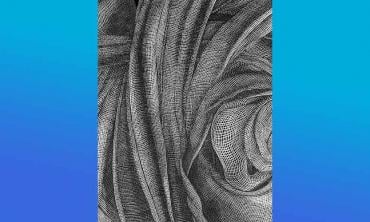