Dhaka will always occupy a special place in the history of Pakistan cricket. It is where our Test journey began and it will always evoke fond and nostalgic memories of tests, relayed through transistors and televisions, leaving indelible imprints that time will never dim

The Dhaka Stadium, subsequently re-named as the Bangabandhu National Stadium, is the only Test venue in the world that has hosted the inaugural Test of two different Test-playing nations. It was the venue for Pakistan’s first domestic Test match starting on 1st January 1955 against India. Forty five years later it was also the host for the first Test match played by Bangladesh in November 2000, the opponents again being India.

This stadium was also the site for the final of the 1st Asian Test Cricket Championship, featuring Pakistan versus Sri Lanka in March 1999. After the 2004-05 season the stadium bid goodbye to Test cricket and became the official home of the Bangladesh National Football team.

Pakistan’s home Test odyssey began with a five-Test series against India in 1955. The Tests were each of four days duration and the inaugural Test was staged at the Dhaka Stadium, in January. Pakistan batted first reaching 207 for 5 on the opening day, largely facilitated by a rapid 50 in 64 minutes by Imtiaz Ahmed. The Pakistani innings concluded the next day at 257, with Ghulam Ahmed taking 5 wickets for 109 in a marathon spell that included 40 consecutive overs.

In reply India collapsed for just 148 against superb pace bowling by Pakistan, with Mahmood Hussain taking six wickets and Khan Mohammad snaring four. Pakistan crawled to 97 for 1 wicket by the end of the 3rd day, but the introduction of Subash Gupte into the attack on the fourth and final morning, triggered a collapse and Pakistan were all out for 158. India needed 268 to win and there were over 80 overs of play left, but chastened by their first innings debacle, they made no attempt to pursue the target and reached 147 for 2 wickets as the match ended in a draw.

Pakistan’s next Test at Dhaka was against New Zealand in November 1955. Pakistan had won the first two Tests of the three match series, and despite losing the first three days of the Test to rain, they made a valiant attempt to win this Test as well. The overcast atmosphere helped Fazal and Khan Mohammad to swing the ball, while the damp matting wicket ensured a low bounce. New Zealand were shot out for just 70, with six wickets going to Khan. In reply Pakistan were 113 for 5 by the fourth day’s close, with Hanif and Wallis Mathias at the crease. They extended their partnership to 96 in even time before Hanif fell for 103. Kardar declared at 195 for 6, with the debutant Wallis not out on 41. New Zealand again fared poorly against the Pakistani attack but were able to escape with a draw as Fazal sustained a blistered hand. Their final second innings score was just 69 runs for 6 wickets.

After a gap of over three years, Pakistan again played a Test at Dhaka in March 1959 against the West Indies. Pakistan were put in to bat. The heavy atmosphere helped he paceman Wesley Hall who dismissed four out of the first five batsmen, to leave Pakistan reeling at 22 for 5. The innings was salvaged by an 86 run partnership for the sixth wicket between Wallis Mathias and Shujauddin. Pakistan were eventually all out for 145, of which Wallis made 64. The West Indies started steadily but slumped from 56 for 2 wickets to 76 all out. The last 6 batsmen failed to get off the mark as Fazal ran riot with figures of 6 for 34. Pakistan’s second innings was again a low scoring affair as they were bowled out for 144. Wallis was again the top scorer with 45 invaluable runs. The West Indies needed 214 to win, and a fifth wicket partnership of 65 between Garry Sobers and Collie Smith gave them some hope, but they fell 41 runs short of the target, being all out for 172. Fazal again took six wickets, for a match tally of 12 wickets for 100 runs. The match ended in just three days.

Pakistan played Australia at Dhaka, later in the same year. The match was scheduled to be played on grass, but heavy rains in the days preceding the game, led to it being played on matting. The Australian captain Richie Benaud had been a member of the Australian side that had been decimated by Pakistan on a matting wicket in Karachi in 1956 and he had concerns about how the matting was nailed into the wicket. He assigned his left arm spinner Lindsay Kline the task of reaching the ground a few hours early to supervise this process.

Pakistan began solidly, albeit slowly. Hanif shared partnerships of 72 with Saeed Ahmed and 63 with Duncan Sharpe who was playing his first Test. Hanif’s dismissal for 66, shortly before the close of play on the first day, led to Pakistan collapsing from 145 for 3 to 200 all out. Sharpe’s unfortunate run out to a brilliant throw from Norman O’Neill, hastened this collapse. Australia also found the going difficult with only Neil Harvey showing any confidence. He was the eighth out at 151, dismissed for 96. A final, rapid flourish from the wicket keeper Wally Grout, who scored an unbeaten 66 in 85 minutes, took Australia to 225 and a small first innings lead. Fazal took 5 for 71.

Pakistan were unable to cope with McKays deceptively innocuous looking medium pace in their second innings and were dismissed for just 134 with Sharpe the top scorer with 35. McKay took 6 for 42. Set 110 runs to win, Australia reached the requisite target for the loss of just 2 wickets. This was Pakistan’s first defeat in a Dhaka Test.

Pakistan’s next Test at Dhaka was against England in January 1962. Batting first Pakistan declared at 393 for 7 made from 192 overs. Hanif had century stands with Saeed Ahmed and Javed Burki and batted over 8 hours for his score of 111. After an equally slow start Burki was more enterprising in the latter part of his innings, scoring the last 90 of his last 140 runs in just 101 minutes. England also batted leisurely and totaled 439 from 182 overs. Pullar led the scoring with 165 made in almost 7 hours. Pakistan’s second knock was even slower, scoring 216 all out in 134 overs. Hanif reached his second century of the match and stood firm for six and a half hours to make 104. All told, he batted for 893 minutes or almost 15 hours, which was half the length of the entire match. The Test meandered to a meaningless draw as England were left with 35 minutes of batting.

After a gap of seven years, Dhaka was again the venue for a Test match in early 1969 versus England with match limited to four days on account of political unrest in the country. In reply to Pakistan’s 246, England were 130 for 7 before Basil D’Oliveira rescued them. The last three English batsmen, John Snow, Derek Underwood and Bob Cottam collectively partnered him for almost four and a half hours, allowing D’Oliveira time to score an unbeaten 114 that took England to a safe score of 274. D’Oliveira rated this innings as the best he ever played. It was made on a ground that Wisden called ‘hardened mud’, where spinners reigned. Pakistan’s second innings suffered the same fate, as they, too, struggled against Derek Underwood to reach 195 for 6 declared, leaving England a token 20 overs to bat out for a tedious draw.

In November 1969 Pakistan hosted New Zealand at Dhaka for the final Test of a three match series. The four-day Test was drawn, with Turner and Burgess scoring centuries for New Zealand, and Asif Iqbal and Shafqat Rana top scoring for Pakistan with 92 and 65 respectively. Despite this fifty and a score of 95 in the previous Test, Shafqat Rana was strangely enough never picked to play Tests for Pakistan again.

This was the last Test at Dhaka before the creation of Bangladesh. Pakistan did not play again at the Dhaka Stadium until it returned to this famous ground for the final of the First Asian Test Cricket Championship against Sri Lanka in March 1999. The Bangabandhu Stadium, as it was now known, brought back sweet memories for Pakistan cricket and they put up a performance that suited the occasion. Sri Lanka were bowled out for 231, to which Pakistan replied with a mammoth score of 594. Ejaz Ahmed scored 200 and Inzamam ul Haq 211 not out, with the two sharing an unbeaten partnership of 352 runs for the 3rd wicket before Inzamam retired temporarily hurt for a short period. Trailing by 363 runs in the first innings, Sri Lanka could manage only 188 in their second outing, leaving Pakistan comprehensive winners by an innings and 175 runs. The highlight of Sri Lanka’s second knock was a hat-trick by Wasim Akram, his second in successive Tests.

Pakistan’s last Test at Dhaka Stadium was versus Bangladesh in January 2002. Put in to bat Bangladesh were bowled out for 160 in under four hours, thanks to a devastating spell of fast bowling by the Pakistan skipper Waqar Younis, who took 6 for 55. Pakistan’s response was a quickfire 490 for 9 in just 578 minutes. Abdul Razzak top scored with 134 and Rashid Latif got 94. Bangladesh fared even worse in their second innings, mustering only 152 and losing by an innings and 178 runs. The tormentor this time was Danish Kaneria with 7 for 77.

Pakistan has played nine Test matches at the Dhaka Stadium, winning three, losing one and drawing the remaining five. Dhaka will always occupy a special place in the history of Pakistan cricket. It is where our Test journey began and it will always evoke fond and nostalgic memories of Test matches played there by Pakistan over almost forty five years, relayed through transistors and televisions, leaving indelible imprints that time will never dim.

As I pen these wistful lines

Footfalls echo in my mind

Meandering through my thoughts and time.

- Dr Salman Faridi is a senior surgeon, poet, sports aficionado and an avid reader with a private collection of over 7000 books. [email protected] 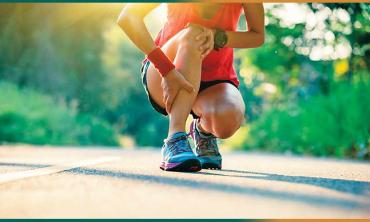 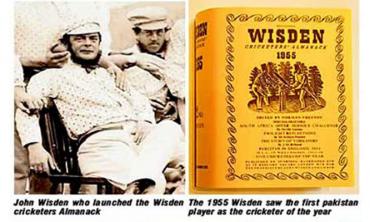 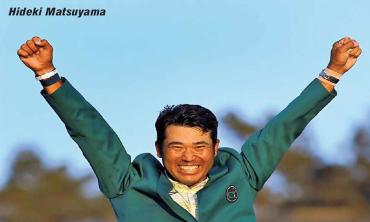