A victim of myths and neglect

The WCLA recently began restoring the Moti Masjid inside the Lahore Fort. The work was long overdue

After lying in neglect for decades, the Pearl Mosque, commonly known as Moti Masjid, has finally got the attention of the authorities — in this case, the Walled City of Lahore Authority (WCLA) — which began restoration work at this historical site in December last year.

According to details available with TNS, the WCLA is also working to conserve the Makatib Khana, located next to Moti Masjid, in the south-western part of the Lahore Fort, where the clerks in Mughal era would gather and prepare letters and documents for the royalty.

A myth associated with Moti Masjid has it that the jinns once came to offer Maghrib prayers in the mosque. Once the story gained currency people started avoiding the place after Asr. Some people believe that while jinns might frequent any place, they don’t bother the faithful.

Another narrative was that if a person offered Asr prayers at the mosque and then wrote their wish on the wall of the mosque, the jinns helped fulfill the wish. That is why a large number of people, especially women, come to Moti Masjid from all over the country and offer Asr prayers before writing their wishes on the mosque walls.

On account of another narrative, those who offered prayers at the mosque were supposed to leave behind their prayer mats and other items that might include food stuff and shoes etc at the mosque, for the pleasure of the jinns.

The WCLA officials say that the practice, which has been going on for a long time, has ruined the beautiful interior of the mosque. The authority is working to restore and conserve the entire complex, including the Makatib Khana.

Tanya Qureshi, a senior official at the WCLA, tells TNS that the construction of the mosque was overseen during the reign of Mughal Emperor Shah Jahan, in 1645 AD. The emperor had built a similar mosque in Agra and Aurangzeb constructed one at Delhi’s Red Fort. All three were named Moti Masjid because of their design and colour.

During the British rule, the central arch of the mosque was bricked up and closed with an iron gate affixed with a padlock, while the remaining archways were bricked up altogether. One side of its courtyard was converted into a shed with thatched roof provided over the former to make a rest and recuperation spot for soldiers deputed at the Fort.

Talking about Lahore’s Moti Masjid, Qureshi says the floor of the mosque is laid in pure white marbles partitioned by black marble lines.

The mosque has three domes, each built with white marbles, and the ceiling is studded with pearly white marble. A unique feature of the mosque is the presence of the cusped arches in prayer chambers.

It is believed that after the fall of Mughal empire, Moti Masjid fell victim to the oversight of the Sikh confederacy and, subsequently, to the rule of Maharaja Ranjit Singh. A general attitude of neglect and outright dereliction was meted out to its structure during the Sikh rule. As per some European chroniclers and travelogue writers, Moti Masjid was actually converted into “Moti Mandir” during the Sikh era in Lahore.

The death of the Maharaja brought more calamity upon the hapless structure as a civil war among the various claimants of the throne started. During Sher Singh’s bombardment on the Lahore Fort, one of the domes of Moti Masjid was significantly damaged. After the British came into power and took over the Lahore Fort, the fortunes of Moti Masjid remained unchanged — it lay neglected and deserted. It was around this time that the myth about the presence of jinns at the place was spread.

Further, during the British rule, the central arch of the mosque was bricked up and closed with an iron gate affixed with a padlock, while the remaining archways were bricked up altogether. One side of its courtyard was converted into a shed with thatched roof provided over the former to make a rest and recuperation spot for soldiers deputed at the Fort.

In the 1900s, the then viceroy and governor general of India, Lord Curzon, visited the Fort and directed the concerned authorities to restore the mosque to its original exquisite condition. Therefore, in the 20th- Century British India, the then Department of Archaeology took over the administrative control of the Fort and undertook various restoration and refurbishment projects at various monuments of the Lahore Fort, including Moti Masjid.

Recently, the WCLA started refurbishment of this historical monument. Work is still under way. According to Qureshi, “Restoration and conservation work being carried out at Moti Masjid includes the glazed, lime plaster and stucco work in prayer chapels reserved for ladies; bricking up the behemoth void at the frontispiece of the prayer chapel room; affixation and assortment of marble tiles in the central courtyard; marble filling in the domes of the mosque; use of lime-soiled fine layering upon the roof adjacent to the domes; dismantlement and, eventually, tile flooring in the vault chamber rooms that form the cloister of the mosque.”

In response to a query, she says that after the restoration and conservation work is completed, the WCLA plans to erect boards outside the complex which will warn the visitors against writing anything on the mosque walls. “Security guards have already been appointed to stop any violators.”

The writer is a city reporter at The News International

A victim of myths and neglect 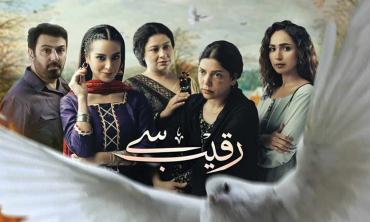 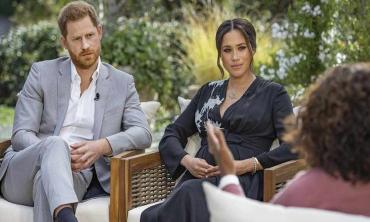 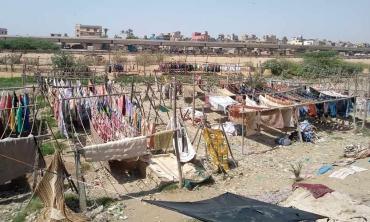