A new solution was suggested at a concert held in Barcelona, which countered the optimism that the pandemic was receding any time soon. The current wave may have put a dampener on the sanguine souls wanting an early return to the activity that we have grown familiar with without ever thinking that it could be put to an end or halted due to circumstances arising unexpectedly. The event in Barcelona offered a glimpse of what mass gatherings may look like for a long time after the pandemic subsides. The event was put together by the organisers of some of Spain’s largest music festivals including Sonar, Primavera Sound and Cruilla Barcelona Festival, in partnership with regional health authorities, doctors and epidemiologists at Hospital Germans Trias i Pujol in the nearby city of Badalona.

Over the last few weeks, hopes had revived in Pakistan for the return of live cultural activity. A number of programmes were planned and some were held. There was a youth competition, where young artists were supposed to display their undiscovered talent, and there were festivals organised to uphold the cultures of the various regions of the country focusing primarily on the four provinces. Spring festivals of varying sizes were opened to the public in late February but the zest and the vigour were stopped in their tracks by a sudden spike in the number of Covid cases reported in the recent days.

Smaller events had also started being organised. These included references for the dear departed and occasional literary events highlighting an author or a book. No one had ventured yet to plan and organise public events where the number of participants would be bigger than can be easily counted. While a mass event on the cultural front was not held, political rallies were held and hundreds of thousands turned up in support of the opposition and of the government.

Most of the activities like live performances of music and plays have transferred to the digital media but the yearning for live concerts and plays where people form an audience at a designated place had remained. There was always an understanding that the shift to online media was a temporary affair – a stop-gap arrangement while the things returned to normal with yet another victory over a public health challenge. However, it is now becoming clear that the original optimism was premature and that the pandemic will take longer to deal with successfully and that changes made in the meantime may not be so transient after all. Some arrangements will have to be concocted to meet with the mounting thirst for live cultural activity a designated place – a nostalgia for how things used to happen.

Where live activity is concerned, it is not only about what is happening on stage; how the audience interacts with it is also important. Even where such interaction is not overt, the covert motivation, inspiration and the connection it triggers among those present, are a vital part of the shared experience. The togetherness generates a host of possibilities that could be the seeds planted in the soil for sprouting in the future.

In Barcelona, one could not turn up at the Sant Jordi stadium a few minutes before the start and get a ticket at the door. Fans had to download an app, input their contact details and make an appointment for a rapid Covid test on the day of the concert. Five thousand electrified fans then sang, jumped and danced to the Indie-pop numbers. It might have been any Saturday night gig before the pandemic if it weren’t for the masks, the whiff of sanitiser and the tickets proving a negative Covid-19 test finding. The audience were instructed to not take their masks off because the success of live music in Europe and the world depended on the concert. Before the music started, giant screens showed videos of doctors encouraging people to follow the rules.

People testing negative got a code to gain entrance to the building, while those who tested positive were offered a refund. Inside, masks were mandatory and the public was divided in three areas. The audience was told by the concert director that the air they inhaled inside had the same quality as the air outside, “the doctors tell us it might be safer to be at the concert than walking in the street because we have created a sanitary bubble in which we know everyone has been tested.”

Attendants’ data had been crossed-referenced with data from public health authorities so that if someone tested positive over the next two weeks the organisers would know.

This followed a pilot concert in December in Barcelona that had allowed 500 people. Preparations for the second phase took months and included following advice on health protocols and a renovation of the stadium’s ventilation equipment.

The event hasn’t turned a profit, but the organisers hope that faster and cheaper rapid tests will make mass live music possible in the near future, offering a lifeline to one of the worst hit sectors of the economy.

One wonders whether a public event of this scale would be possible in the country given our proclivity to disregard rules and instructions. In gatherings like weddings people routinely disregard the SOPs as bonhomie takes hold, caution is thrown to the winds. 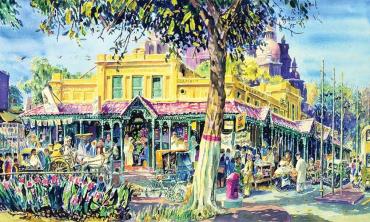 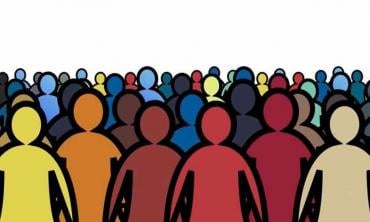 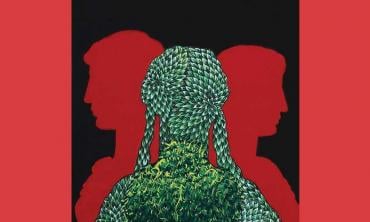