More on the fiscal fiasco

After the 18th Amendment, the right to levy wealth tax and inheritance tax is with the provinces

....the debt servicing relief of $ 2.7 billion (equivalent to 1 percent of GDP) provided to Pakistan under the G-20’s Debt Servicing Suspension Initiative will help create expenditure space for Covid-related spending” —State Bank of Pakistan’s Annual Report 2019-20—The State of Pakistan’s Economy

The federal and provincial governments of Pakistan Tehreek-i- Insaf (PTI) (asked to support the Centre by showing surplus) have failed to overcome fiscal deficit and resultantly debt burden and debt servicing are creating a daunting challenge with an alarming debt-to-GDP ratio of 88 percent.

The fiscal deficit was 8.1 percent of the GDP in the last fiscal year against a target of 7 percent. In the first six months of the current fiscal year, the fiscal deficit has reached Rs 1.4 trillion. The total expenditure of 10 percent of GDP (Rs 4.9 trillion) against total revenue collection of 7.4 percent of GDP [taxes only 5.4 percent] is more than distressing. There is no will to end wasteful expenses and reduce tax expenditure that at federal level in two years was Rs 2.1 trillion.

During the first half of the current fiscal year (from July to December 2020), out of the total tax revenue collected by the Federal Board of Revenue (FBR) of Rs2.2 trillion, Rs 1,280 billion was transferred to the provinces under the 7th National Finance Commission (NFC) Award. The net amount available with the federal government after including non-tax revenues of Rs 861.6 billion), was Rs 1.79 trillion. This could not even meet the two major heads, debt servicing (Rs 1,475 billion: domestic, Rs 1,357 billion and foreign, Rs 118 billion) and defence (Rs 486.5 billion).

All the facts and figures relating to the single-most disturbing factor, that Rs 171 billion was borrowed for defence needs, were highlighted in Challenges on fiscal front, TNS, [Political Economy] The News, February 14.

The SBP in its Annual Report 2019-20—The State of Pakistan’s Economy admits that “the federal PSDP was significantly compromised due to the shortfall of more than Rs 1,500 billion in FBR taxes as compared to the budgeted target, along with urgent, additional expenditures incurred amid the Covid-19 pandemic”. The SBP and the Ministry of Finance in their publications are not raising a red flag as they should do about the rising quantum of debt-servicing.

The provinces partially fulfilled their commitment in the last fiscal year and during the first half of the fiscal year to help the Centre in fiscal consolidation by showing a combined surplus of Rs 224.9 billion during FY20 as per SBP’s annual report.

But at the same time, the report says that “this surplus was only 53 percent of the target (Rs 423 billion) set for the year”. The expectation of surplus from provinces shows the vulnerability of the federal government on fiscal front, for which no out-of-the-box solution has been suggested till today. During the last fiscal year, the total provincial expenditures went up by 10.7 percent after declining by 3.5 percent in the fiscal year 2018-19.

In its annual report 2019-20, the SBP has rightly identified the crux of the issue: “however, cross-country examination reveals that high fiscal deficits and higher allocation of bank liquidity for budgetary lending cannot entirely explain such a low private credit to GDP ratio. India, Sri Lanka, Egypt, Turkey and Malaysia, for instance, ran persistently high fiscal deficits over the past 15 years, yet their credit growth throughout these years was substantially higher than Pakistan. More importantly, India, Egypt and Brazil even have a higher level of bank claims on government; still, their banks managed to contribute meaningfully to private sector growth, especially compared to Pakistan.”

Impeding the growth of the private sector, among other factors, are a complicated and fragmented tax system and low collection despite high rates and over 70 withholding tax provision under the federal and provincial tax codes —both direct and indirect taxes. This area has been touched upon by the SBP in the report, “a more sustainable solution to correct the country’s fiscal vulnerabilities is needed, which requires more than just increasing tax rates. Documentation, reducing informality, and harmonising the tax regime, are all needed to broaden the tax base and reduce reliance on non-tax revenues”.

It is imperative that the right to levy tax on income, including agricultural income, should be given to the Centre. In return, the Centre should hand over sales tax on goods to the provinces.

The SBP has noted that although many exemptions and concessions in some sectors were “phased out in the FY20 budget, they still prevail in other sectors (such as those included in the 5th, 6th and 8th Schedules of Sales Tax Act) and contribute to below-potential revenue collections”.

It is heartening to note that in its report, the SBP has suggested what we have been saying for the last 25 years that, “Simplification and harmonisation of the tax base as well as rates for agricultural income tax and sales tax on services.” SBP has conceded that “these are also unfinished reform agendas”.

However, the SBP has failed to mention that tax reforms, including World Bank-funded six-year-long Tax Administration Reforms Project (TARP), failed to encourage people towards voluntary tax compliance. The number of tax filers has fallen since 2003 (excluding those filing income below taxable limit or paying negligible amounts to become part of active taxpayers’ list to avoid higher incidence of withholding taxes).

Recently, the federal government obtained a $400 million loan for Pakistan Raises Revenue (PRR) Project. The total cost of PRR Project is estimated at $1.6 billion, of which counterpart contribution is $1.2 billion and IDA financing is $400 million. Following in the footsteps of the federal government, the Punjab government also decided to borrow $304 million from the World Bank for tax reforms. This was approved by the Planning Commission on September 16. Like earlier programmes, these are bound to miscarry.

The only viable option for meaningful change is to replace the existing tax system with lower, flat and predictable taxes that are simple, pragmatic, growth-oriented, and broad-based as suggested in ‘Towards Flat, Low-rate, Broad and Predictable Taxes’ (PRIME Institute, Islamabad, 2016. Its revised and enlarged version of December 2020 is available free at: https://primeinstitute.org/towards-flat-low-rate-broad-and-predictable-taxes/).

With such a system in place, those who are not in the tax net or who avoid true disclosures would be induced to pay due taxes voluntarily. This should be coupled with transparent and quality spending of taxpayers’ money for the welfare of society as a whole and incentivising growth and economic well-being of citizens.

In the wake of Constitution (Eighteenth Amendment) Act, 2010 the fiscal management, both at the federal and provincial levels, needs fresh thinking. The federal government, having all buoyant and broad-based taxes is not tapping the real tax potential even though the country is heavily indebted. On the other hand, provinces, which are almost entirely dependent on the NFC Award, have failed to raise sufficient resources of their own for increasing needs of the ever-growing population.

The provinces must participate in national tax policy and collection apparatus as their share in the NFC Award is larger than the federal government and Article 156(2) requires federalised, and not centralised economic planning. There is a dire need for a new tax model entailing harmonised sales tax on goods and services and its collection through a single national agency as well as low tax rates on a broader base, though distribution would be strictly through Article 160— all participating in retiring debt burden that would ultimately eliminate fiscal deficit and boost growth.

After the 18th Amendment, the right to levy wealth tax and inheritance tax is with the provinces but they are not ready to levy such taxes on the rich and mighty. This is a problem of political will at the federal and provincial levels to collect income tax from the rich classes — the meagre collection of agricultural income tax — less than Rs 3 billion by all provinces and Centre in Islamabad Capital Territory in fiscal year 2019-20— is lamentable.

It is imperative that the right to levy tax on income, including agricultural income, should be given to the Centre. In return, the Centre should hand over sales tax on goods to the provinces. This would help the FBR collect Rs 5 trillion in income tax as per actual potential and provinces by levying sales tax on goods and services would generate sufficient funds for their needs. This is the only way to achieve fiscal stabilisation.

The writers, lawyers and authors, are visiting faculty at Lahore University of Management Sciences (LUMS)

More on the fiscal fiasco 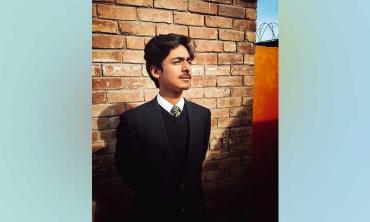 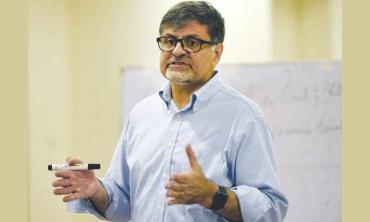 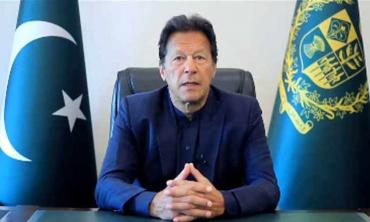