Muhammad Omar Iftikhar’s Divided Species avoids the stereotypical trappings of contemporary Pakistani Anglophone fiction by deviating from its realist roots. A quick glance at the back-cover text reveals that the novel falls in the realm of science fiction. While the genre continues to attract a niche readership, it is often spurned in the literary mainstream and, therefore, remains uncharted terrain. On that count alone, Iftikhar ought to be commended for taking a creative risk. Few debut writers would have the courage to break free from the confines of a realistic account and narrate an illusory tale, even if it is foregrounded in a familiar setting.

Be that as it may, a novel’s merit cannot be gauged squarely through its choice of genre or, for that matter, its fidelity to the conventions of the said genre. If anything, science fiction is no prisoner to inflexible rules and genre conventions. Woven together by the elements of novelty, realism and rationality, sci-fi novels have the latitude to redefine thematic parameters and venture into hitherto unexplored territory. At first, Divided Species seems to owe a debt to films and literature that are based on the human mind’s fascination with extraterrestrial life. The premise of Iftikhar’s debut may also lead us to believe that it is a localised rendition of HG Wells’ The War of the Worlds set against the cosy backdrop of modern-day Karachi. Even so, readers are forewarned against getting too caught up with debates about the inspiration of the novel. The epigraph of Divided Species contains a quote from Ursula K Le Guinn’s 1969 novel The Left Hand of Darkness that highlights the significance of a journey rather than its end. Fuelled by this sentiment, Iftikhar’s first novel ought to be viewed as a spine-tingling journey that serves as welcome proof of Pakistan’s untapped potential in the realm of sci-fi writing in English.

The flow of the narrative reflects the earnest enthusiasm of a first-time author who has embarked on an exciting creative journey. At times, a string of creative compromises are made. The prologue to Divided Species carries a synoptic burden and painstakingly regurgitates the summary of the book supplied through the back-cover text. Although this opening sequence stands the danger of belabouring the point, it can be likened to the opening credits that appear before the beginning of a sci-film to set the tone of the film. This is a useful narrative technique that may draw the attention of readers who can identify the basic conventions of the genre.

In the first four lines of the prologue, the narrator emphasises how humans have embarked on a quest to “discover secrets and mysteries hidden across deep space”. As the story unfolds, readers are introduced to the Taleykens, an extraterrestrial species from the fictitious planet of Arplon who land on earth in the 18th Century in a “city that would years later be known as Karachi’’. With time, Taleykens develop a deep affinity with the residents of the city and entrust them with the responsibility of safeguarding the Hextanlo, a valuable mineral resource. The decision is prompted by a desire to protect the resource from the devious clutches of the Taleykens’ enemies. Divided Species documents how these fictitious extraterrestrial species return to present-day Karachi and seek the assistance of Rayan, a 21-year-old student, to retrieve their property. The stakes are raised by a technicality: extracting the Hextanlo could result in perilous consequences for Karachi.

After the spoiler alerts provided in a two-page prologue, the narrative does gain the necessary mileage and pace to move along to its logical end. The author resists the temptation to narrate his story through long, revelatory passages and maintains the rhythm of a dialogue-driven approach to storytelling. As a result, the plot acquires a distinctly cinematic effect, and the characters and their intentions are able to emerge with clarity.

The novel is driven by the twin forces of empathy and good judgment, and doesn’t attempt to ‘other’ the extraterrestrial species. Characters tend to vacillate between the extremities of ‘good’ and ‘evil’, and come across as realistic. In addition, the dichotomy between General Gooztan and Commander Kropnock reveals that all species have their heroes and pariahs.

Iftikhar uses historical details with a measure of precision, but there are moments when they could threaten to impede the plausibility of his story. If historical facts are anything to go by, 1729 was the year when Karachi - which is mentioned in ancient texts under different names - became known as the “village of Kolachi’’. Interestingly, the locality was referred to as “Karachee’’ for the first time in a document of a Dutch merchant ship that was shipwrecked along its coast in 1742. As per Iftikhar’s narrative, the Taleykens came to earth at a time before the “distant dream” of the Industrial Revolution, which is often dated between 1760 and 1840. The problem of inconsistent timelines may arise because the back-cover text mentions that the extraterrestrial species landed on earth in 1856. This tidbit might puzzle readers who tend to judge a book by the synopsis on its back cover. Had the extraterrestrials landed on earth in 1856, readers would have reason to question their superior intelligence and decision to allow the people of a city they knew precious little about to become the custodians of their valuable Hextanlo.

Even so, the author’s decision to set the story in the metropolis creates a new direction in the literary representation of Karachi. Through Iftikhar’s novel, the city is not stereotypically depicted as a repository of colonial history or an epicentre of ethnic strife. Instead, the author lends a different character to the city’s past and its chaotic contemporary realities through his rich repertoire for storytelling.

Divided Species is undoubtedly a well-paced, engaging novel that offers readers an escape from the drudgery of our own world by allowing them to imagine a fictitious one. In recent years, Pakistani writers such as Sidra F Sheikh and Usman T Malik have ventured into the realm of sci-fi. Iftikhar’s account is a welcome addition to the existing creative output in a neglected genre. 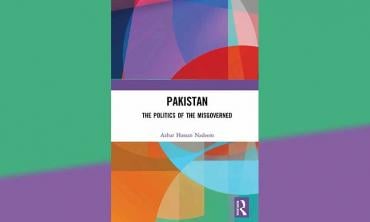 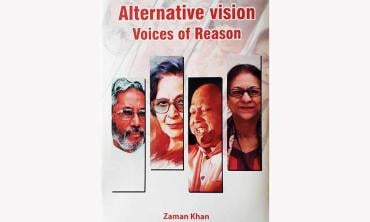 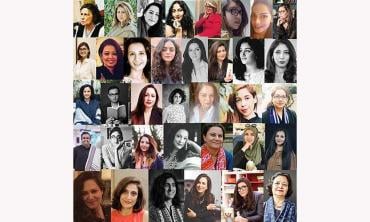