Reports of gendered violence have increased during Covid, but it is unclear if women coming forward to seek protection are actually able to escape the violence. Beyond just calling lawyers and helplines, are things changing?

The global pandemic has fuelled a parallel contagion of violence against women and girls. A recent Aurat Foundation research report titled, Violence Against Women and Girls in the Time of the COVID pandemic, documents over 2,000 reported cases of violence, in the year of the pandemic. Out of these cases, over 600 were of murder, “honour” killings and suicide. Most reported crimes against girls were of sexual exploitation and abuse. The highest number of cases reported were during the peak of the lockdown, in July. In addition to the reported cases shown in the Aurat Foundation research, data of both independent and state-run helplines for women showed an increase in the number of women calling to seek advice on violence related incidents at home. Individual lawyers can also vouch for an increase in queries for khula’, with violence often stated as a reason.

So, while one pandemic is being controlled through containing people in their homes, another is raging because of the containment, with families forced to stay in close proximity for long periods of time. This gives abusive partners more chances to be violent and makes the very place which the policies to grapple with one pandemic consider safest – home - to be the place some women and children fear most.

Similar to Covid-19 cases, in addition to the number of reported cases, there are many other incidents of violence that are never reported. We have learnt from the 2016 West African Ebola outbreak that the impact of violence against women remains long after the pandemic is contained. With Ebola previously, and now with Covid, it is clear that increasing violence during a crisis, is not a coincidence during pandemics, but it is only the exacerbation of the already existing inequality women and girls face.

Court orders are cumbersome to obtain and, in some circumstances, this becomes an inappropriate and unsafe way to seek access to shelter homes.

While we have established that gendered violence has gone up during Covid, with some cases coming to the surface, it is still unclear if women and girls coming forward to seek protection actually escape the violence. Beyond calling lawyers and helplines, does the violence continue after reporting? Two specialist tools, which women often use to seek outside help, are helplines and shelter homes. We see that helpline traffic has increased but this has not translated into admissions in shelter homes, both private and state homes. State-led shelter home admissions are largely restricted by court orders, without which admission is not possible. This is the greatest barrier to women being able to access safe spaces away from violent homes and partners.

Court orders are cumbersome to obtain and, in some circumstances, this becomes an inappropriate and unsafe way to seek access to shelter homes. For example, there have been cases where young girls are pregnant and seeking shelter but socio-cultural restrictions have barred them from appearing in court in fear of reprisal. Similarly, in cases where women fear extreme violence, appearing in court could potentially expose the victim, and jeopardise their safety, as they come face-to-face with their perpetrator – the one thing they are desperately attempting to avoid.

Other barriers include the attitude of police officers, often first points of contact for women survivors, financial constraints, physical immobility and long and cumbersome court processes making it difficult for women to follow through on initial calls to helplines. This is in addition to the well-evidenced research: women make several attempts to leave violent homes before they finally succeed. What we need to work towards is that final leap: when women do leave, is the legal and protection apparatus ready to respond to women and girl survivors and accompanying children? We need strong coordination mechanisms between police, shelters, courts, medical and legal services; an accountable system that recognises women and girls as citizens that require the full support of the system to protect them from further violence and trauma; and a robust, responsive judiciary that recognises the complexity and sensitivity required to deal with survivors of violence while affording all parties the right to a fair trial and due process.

What we cannot ignore any longer is that violence will likely continue long after the disease is under control. This is because we fail to address the root cause of the problem. The Pakistan Demographic Health Survey, reports that in 2017-18 only 1 percent of women inherited agricultural land and a house; less than 1 percent inherited non-agricultural or residential plots; only 6 percent have and use a bank account (while 32 percent of men do so); only 39 percent of women own a mobile phone (93 percent of men do); women are less likely to be paid in cash than men and more likely not to be paid; 34 percent say decisions on visits to family or relatives were mainly made by their husbands. Other reports show: 32 percent of primary school-aged girls are out of school (compared to 21 percent of boys) and by secondary school, 59 percent of girls are out of school (compared to 29 percent of boys). In Balochistan, 81 percent girls did not finish primary school in 2014. It is this structural inequality and discrimination that makes women and girls more vulnerable to violence and more susceptible to remain silent when violence does occur.

The first step towards addressing violence would be to work towards a broad, multifaceted framework that seeks to address existing structural inequalities. Secondly, we must recognise that public health emergencies are not only ones that are overtly disease-related; violence against women and girls too is a public health emergency and has been globally recognised as such. Federal and provincial public health authorities should rethink their policies to reflect this. But, perhaps the first question to ask of the present government, beyond a few ministers, is whether there is political will towards addressing this issue? Sweeping, stand-alone political statements and presidential ordinances are not political will. My only message to policymakers is this, you can choose to ignore violence against women and girls but when your economic and social promises of change remain just that, mere slogans, remember who you’re leaving behind – 49 percent of the country’s citizens.

The writer is a   barrister. She tweets: @BenazirJatoi 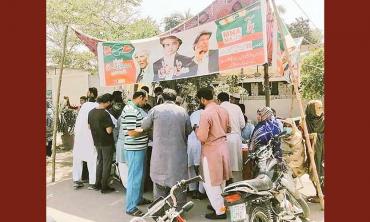 Notes on the Daska election 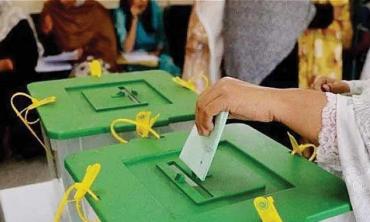 On free and fair elections 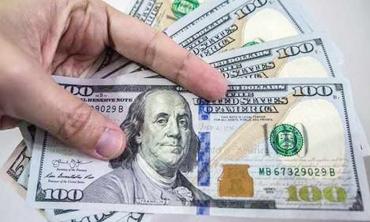