A new vocabulary is suggested in The White Tiger. It is a manifesto of suffering that is shared by all, however differently

The White Tiger is a Netflix adaptation of the eponymous novel, which is deeply resonant of the modern socioeconomic status quo. Normally, film adaptations are considered inferior to the books they are based upon. In Pakistan, the film has been trending on the Top Charts of Netflix in terms of viewership. In India, which has the largest Netflix audience in the world, and where 1,986 feature films were produced annually according to the Film Federation of India, film is the medium that reflects the status quo.

In The White Tiger, characters from all walks of life react wildly to the appetites they find themselves beset with, with a solemnity that belies the comical nature of their undertaking. Among recent releases from across the border, this production stands out – both in style and status. Directed by Ramin Bahrani, whose previous films include the acclaimed indie dramas Chop Shop and Man Push Cart that deal with the lives of the diaspora in Queens and Manhattan, The White Tiger inhabits its role as a big-banner film with ease. His is the tendency of the new cinema that is rapidly emerging. Low-budget indie filmmakers like Bahrani are being given a larger, more global platform for their voices on Netflix.

A new vocabulary is suggested in The White Tiger. It is a manifesto of suffering that is shared by all, however differently. The Stork (played by Mahesh Manjrekar) and Mukesh ‘The Mongoose’ (Vijay Maurya) go through their own struggles with the government. Granny (Kamlesh Gill) struggles to feed her family and play her role as matriarch. The US-educated son, Ashok (Rajkummar Rao), acts as the face of a forward-looking India – a face that Balram aspires to and later acquires. His wife, Pinky (Priyanka Chopra), is quite vocal about her suffering at the hands of the social injustices she finds in India and, when they start to inconvenience her, she returns to the US. These characters collectively constitute the heart of a sprawling landscape. They represent different castes and religions, yet are inextricably tied together. They all attempt to ease their suffering through political corruption, criminal intimidation, technological opportunities or murder. In each case, the appeal is made, the response is swift and healing takes place, until they are again one heart, one landscape.

Writer Aravind Adiga and director Bahrani retain the subtle differences in each character while showing how they are codependent. The film shines in its darkest moments, especially through the protagonist, Balram Halwai (Adarsh Gourav). What he thinks and feels, you feel. Russian Cinema has been adept at this ability of improvisation that exteriorises the soul. Balram’s intonation changes as he moves into a position of power from the position of a servant. He knows his limits, as exemplified by his overexcited efforts to open the door for his master. His landscape is very different from Ashok’s. How subtly different one man’s landscape is from another’s, or why Pinky goes back to America, is key here. The deepest injustice to an individual may be to disregard the uniqueness of their experience.

Sometimes this injustice can be paid for by death and sometimes by penance, as decided by the one suffering the injustice. Balram has been in servitude to the laws of his society for most of his life, but he is beholden to his own laws. Even though he resorts to the same political corruption as his masters, he takes a different approach to the treatment of subordinates.

The underbelly of Mumbai that we have seen in films like Salaam Bombay, Chotti si Baat or Talaash is on display here through the lens of modernity in kaleidoscopic montages. But The White Tiger is not just a house of analogies and metaphors. A charmingly old-fashioned yet modern texture is at play in the form of rigid caste-based societies and characters directing their own trysts with destiny.

Life is so dismal and unyielding for Balram that the plot complications seem convenient. The liaisons he embarks upon reveal a strange cross-section of a society at peace with itself but with an underlying tension that is echoed by the cinematography itself. Balram is not occupied with the source of things. He looks towards the future; he shakes his roots.

The facade begins to fall apart for Balram when he repeatedly and decidedly slaps Ashok as he is unconscious. In moments like that, Balram finds solace in redeeming his status. Balram is responding here to a promise that he has dimly heard and chosen to accept. This prophetic strain carries on through his days at the tea stall, where he seems to be biding his time. The absence of a traditional anti-hero places the audience in Balram’s quarters.

The harmony of different elements is almost voluptuous in this film; the act of addressing the viewer directly through a monologue is a conversation with eternity. Of course, Balram is not looking for posterity; he wants his actions to have an immediate effect. In the closing scene, he looks authoritatively over the cityscape from the window of his Security Company. In his world, there is no room for error for anyone but himself, in the same way that a merciful benefactor turns ruthless at any sign of dissent. The affliction of his self-belief is as common as his brother’s lack of it.

It is to Bahrani’s credit that he avoids excessive idiosyncrasies and innovates a mode of expression that is global. But for a film to be universal it has to be particular. The White Tiger is so deliberate and conscious of its own aesthetic that there is no room for the mystique of Gangs of Wasseypur – another film that was situated in and served as a battleground for identity politics a decade ago. The differences between these films highlights the limits that one has to place on one’s artistic expression, due to the recent phenomenon of ‘cancel culture’. There are all kinds of factions and institutions, both liberal and conservative that marshal efforts to disregard these subtle landscapes or censor these thoughts. Bahrani chooses to focus on the actions that flow from these thoughts and are often outside the purview of any mass censorship movement. The film tackles this tension joyously.

There are those for whom cinema is a momentary pleasure. Film is a bridge between intellect and emotion. But cinema that exists purely for entertainment is a game of easy rules, fancy cinematography and watercolour characters – they are colorful, yes, but they are also false. This is the idea of a cinema that is easily middle-class. The fact that English is imposed upon the Indian characters in The White Tiger significantly limits it’s audience.

The plot of The White Tiger is centred around the achievement of the purest human desire: hunger. And that is a universal language. The success of a film depends as much on bringing the characters to life as it does on cinematography and set design. Balram relates imaginary totems to the young couple as he drives them around and is amused at their awe and ignorance. This is followed by a violent, razor-sharp game in which he appears to take sadistic pleasure in their engagement with a world inside his head.

The White Tiger is filled with such brutal characters, each brutal according to their own narratives. Their strict adherence to a code of conduct is larger than themselves. For these characters, success is sealed by deceit, and ambition is a right. Ashok and Pinky separate after discovering their diverging aspirations. Balram is firmly opposed to marriage and sees family networks as chains and his paternal village as a cage. He ends up moving to the urban jungle of Mumbai where two scenes are explicitly representative of this point of view: Balram uses his colleague’s allegiance to his family to strong-arm him into giving up his job. And, while driving Ashok and Pinky around the city, he shares an intimacy with them that he has not experienced before. His furtive glances in the rearview mirror offer him romantic perspectives that he himself cannot partake in. But even the characters in the backseat display the same caginess that animals in confinement feel towards each other.

Bahrani’s filmography is remarkable. Panoramic views are eschewed in favour of character close-ups. The slightest gestures become significant, and fear becomes an instinctive affect. Equally remarkable is the layered flashback that shows the whole length of a building that is daunting and cage-like. The almost claustrophobic empty buildings, the ponderous lighting and the rich quiet of the night contrasts with the standard beige and greys of Ashok’s high-end apartment complex. The colour contrast here is symbolic of a cultural contrast.

The White Tiger is political cinema at its best because it practices repetition, like a parade of armies in their own cosmogonic history, becoming the doubles for their past, present and future. This repetition holds audiences in both India and Pakistan in its rapture. In the absence of a heavy-handed plot, cinematography acquires a singular beauty and rich symbolic significance. The villager fleeing to the big city in search of an urban jungle, finds instead an even larger cage. Contrast that to the scene of the death of Ashok. The shot is fleeting. The absence of a lingering shot here shows the value of a life in this universe, where everyone is replaceable. 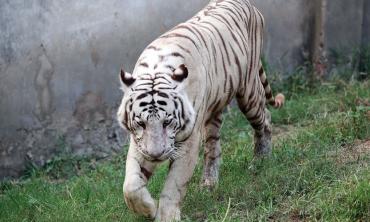 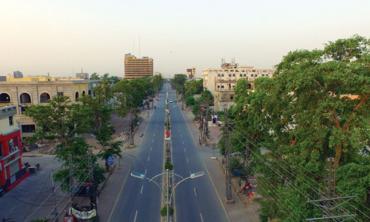 A case for pedestrianised shopping districts 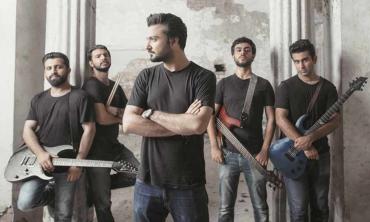