The way states and societies deal with dissent provides a benchmark for the extent of maturity that they command. Wincing at differences of opinion underlines the insecurity and lack of confidence in policy formulation among those at the helm.

Needless to say a vital factor in the evolution of a democratic culture in any polity is its negotiation with dissent. When people belonging to ultra-right wing political ideology come into power, bellicosity towards critics and dissenters becomes a norm.

In recent years, as the politics of the left wing has somehow been consigned to insignificance and leaders of ultra-right-wing ideologies have started peddling the politics of populism. But before saying anything on right-wing populism, it will be appropriate to mention that populism had originally been a part of leftist/socialist ideology.

Left-wing populism, or social populism as it has generally been called, is a political ideology that combines left-wing politics with populist rhetoric and themes. Its rhetoric often consists of anti-elitism, opposition to the establishment and speaking for the “common people”.

In Europe, the term right-wing populism is used to describe groups, politicians and political parties that are generally known for their opposition to immigration, especially from the Islamic world and for Euro-scepticism. Right-wing populism in the Western world is generally associated with ideologies, such as anti-environmentalism, neo-nationalism, anti-globalisation, nativism and protectionism.

When it comes to ascertaining the central notion of populism, it would be pertinent to quote Tjitske Akkerman from the University of Amsterdam who avers, “there is the central notion of popular sovereignty. Drawing on this idea of the central role of the people, populists tend to regard democratic legitimacy mainly in terms of majorities. The people, according to the populist way of thinking, are fundamentally monolithic — a single entity devoid of divisions. The unity of the people is avowed in many ways, from Ross Perot’s “United We Stand” to Pauline Hanson’s “One Nation.”

Simply put, the populist leader polarises the society, muzzles dissent and gives rise to authoritarian trends. Threats are posed to those in the opposition and to those adhering to different ideals and truth claims. The space left for the people with dissenting views is terribly squeezed.

The most vivid illustration of such a conduct is provided to us by Narendra Modi’s government in India, our neighbour to the east. Modi exemplifies right wing populism. He has a knack of picking on contentious issues that tend to divide people. In India, right-wing populism has been fostered by his very own RSS which ostensibly stands against the persecution of Hindus by the Muslims whom its leadership regards as the ‘invading force.’ The concept of Hindutva is also attributed to it.

It vows to protect the ancient religion and culture of Hinduism and has strong views against the destruction of its ancient heritage in India. The BJP became a significant force in state legislative assemblies and in the parliament in the 1990s by raising the issue of Babri Masjid in Ayodhya in Uttar Pradesh.

The inference that can be drawn in the case of India is that popular will is manufactured with the help of media houses like Republic, Zee, India TV and Times Now. Another aspect of utmost significance is Modi’s right-wing populism’s nexus with capitalists like Ambanis. Thus, Modi’s populism is not too concerned with the people.

America under Donald Trump is yet another example of right-wing populism, steeped in an ideology of white male supremacy. Now that he has been shoved out of power, it is extremely hard to believe that the perilous impact that Trump has cast on America would be wiped out soon. His legacy would likely last for quite a while.

Forging unanimity on the fundamental rules of the game takes generations but driving a wedge of polarisation is easy and instantaneous if the polity in question is multi- cultural and multi-ethnic. The same is true of India. Now onwards, the world is likely to witness a different India, polarised, communalised and intolerant of dissent. The democratic ethos has sadly been substituted with Hindu authoritarianism. His handling of the Kashmir issue and the Citizenship (Amendment) Bill; unleashing of a reign of terror against Muslims; projecting himself as a representative of the cause of only the Hindus; and most importantly, the impervious manner with which he is dealing with farmers proves him to the hilt to be a populist and authoritarian.

Even more disconcerting for the concerned Indians would be the portentous future of Indian politics. The historian, Ramachandra Guha, predicts in one of his recent publications that Yogi Adityanath is all set to succeed Modi. Previously, the analysts on Indian affairs saw Amit Shah as the most likely successor of Modi who in his own right fits in the description of an authoritarian goon concerned only with the ends and not the means.

But Yogi Adityanath being projected as the Indian prime minister-in-waiting would mean not just the undoing of a democratic India but India itself. The toss-up between Yogi and Amit Shah makes the future of the BJP as well as Indian politics exceedingly interesting. With such people in contention, the onus would be on the Indian electorate. Will it still vote the BJP into power? That indeed is a vexed question.

In such regimes the most vulnerable people are social activists. For the last few days the arrest of 22-year old climate activist and a founder of Fridays for Future-India, Disha Annappa Ravi’s, arrest by the BJP government is in the news. She was arrested for her alleged involvement with an online toolkit related to Greta Thunberg and the Indian farmers’ protests. That arrest has soiled India’s image of democracy and has accorded worldwide attention to Disha. Farmers’ protests and Disha Ravi’s arrest will be the theme of my next column. 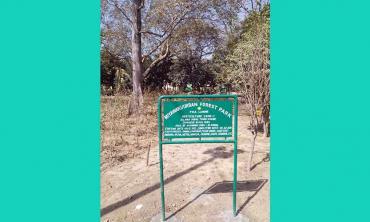