A look at PSL numbers

Pakistani domestic players are some of the lowest paid professional cricketers in the world. The money offered in PSL motivates the youngsters to work even harder

The first edition comprised five teams and all matches were played in the UAE. It was won by Islamabad United who beat Quetta Gladiators by six wickets.

The second edition was again played in the UAE, but the PCB efforts made it possible that elimination matches and the final were played in Lahore and Karachi. The final was won by Peshawar Zalmi. Quetta Gladiators remained unfortunate again in the final.

The third edition was won by Islamabad United who beat Peshawar by three wickets in Karachi. In the third year, the total number of matches increased from 18 to 34.

The fourth edition of PSL started in the UAE and then moved to Pakistan for the last eight matches of the tournament, all of which were played at the National Stadium, Karachi. The final was played between Quetta Gladiators and Peshawar Zalmi. This time Quetta didn’t miss the opportunity and beat Peshawar by eight wickets to win their first title.

Quetta Gladiators consist of mostly Karachi players which make them almost as popular in the city as the Karachi Kings. Quetta have been the most consistent performers in the PSL.

To strengthen the bowling department, Quetta appointed former Pakistan fast bowler Umar Gul as bowling coach for the PSL sixth edition. He replaced Abdul Razzaq, who had been with the franchise for the last four seasons. This will be Gul’s first ever coaching role after retiring from all forms of cricket last year.

Karachi Kings’ performance in the first four seasons wasn’t great. They qualified for the play-offs every time, but never made it to the final. But in the fifth attempt finally Karachi won the title.

Lahore Qalandars have been the most unfortunate ones. In the first four PSL editions they finished last. Out of 36 matches of the four editions, Lahore Qalandars won only 10.

In those four PSL editions, six players led Lahore Qalandars. In the inaugural edition, Azhar Ali was the captain, but in the last match West Indies’ Dwayne Bravo led the side.

In the second and third editions, Brendon McCullum led the Lahore team. In the fourth edition, they were led by Hafeez, de Villiers and Fakhar.

But in the fifth edition, Lahore finally clicked and qualified for the final, but again remained unfortunate as they were beaten by Karachi by 5 wickets.

Multan Sultan, the newest side in the league, appointed wicketkeeper-batsman Mohammad Rizwan as their captain in place of Shan Masood. Rizwan was previously part of the Karachi Kings, the defending PSL champions, but was picked up by the Multan team in the PSL 2021 draft. He parted ways with the Kings because he used to sit on the bench and hardly got a suitable batting number. He used to be sent to bat at number six to eight. He was played as a second-choice wicketkeeper-batsman and batted only 12 times.

Last season, he featured in only two matches and faced just one ball.

Multan Sultans can, in the presence of Carlos Brathwaite, Chris Lynn, Rilee Rossouw, Imran Tahir and Shahid Afridi, this season surprise the other teams.

One of the positive aspects of PSL is that it gives the Pakistani players the chance to share dressing rooms with renowned international players and gain valuable experience. Local boys have also got financial incentives that they could never have achieved from domestic cricket.

The league has given us players like Hassan Ali, Imad Waseem, Shadab Khan, Faheem Ashraf, Mohammad Nawaz and Fakhar Zaman.

Pakistani domestic cricketers are some of the lowest paid professional cricketers in the world. The money offered in PSL motivates the youngsters to work harder as they hope to get signed by PSL franchises.

In the past the only way for local cricketers to be financially secure was to get a place in the international team, which of course only a few can manage.

Thanks to PSL, our young cricketers now go into the international cricket sphere having played under pressure, and thus they are familiar with strong opponents. As the league is expanding, it will give more emerging players an opportunity to play with senior players.

Peshawar Zalmi is the most successful team in PSL history, having won 31 out of 57 matches, a win percentage of 53.77. But Quetta Gladiators have a better winning percentage of 58.82 with 30 wins out of 52 matches. Lahore Qalandars have the worst average (36.73) as they have won only 17 matches in 49 appearances.

Peshawar’s veteran wicket-keeper batsman Kamran Akmal is the most successful batsman with 1537 runs in 56 matches, averaging 29. He has scored three centuries and nine fifties. Karachi’s Babar Azam is just behind him with 1516 runs in 47 appearances at an average of 37.90. He has hit 14 fifties.

Karachi Kings’ Colin Ingram’s 127 not out off just 59 deliveries against Quetta Gladiators in Sharjah in 2019 is the highest individual score. He hit eight sixes and 12 fours in an incredible innings.

Peshawar Zalmi’s fast bowler Wahab Riaz has taken 76 wickets in 55 matches, averaging 18.71. Hasan Ali is the second most successful bowler with 59 wickets in 45 appearances at an average of 20.93.

Karachi Kings’ Ravi Bopara’s 6-16 against Lahore Qalandars in Sharjah in 2016 are the best bowling figures from any bowler. Faheem Ashraf (6-19) and Umar Gul (6-24) are the other two bowlers who have taken six wickets in an innings.

Quetta Gladiators’ skipper Sarfraz Ahmed has the record of leading his side in 52 matches. Islamabad United’s former captain Misbah-ul-Haq led United in 26 matches.

A look at PSL numbers 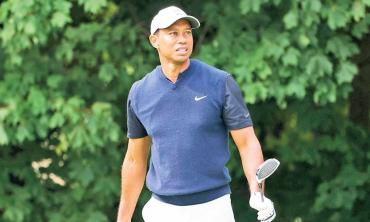 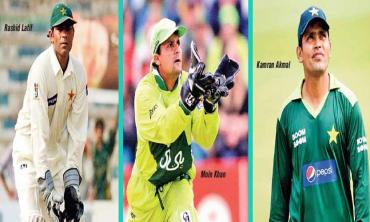 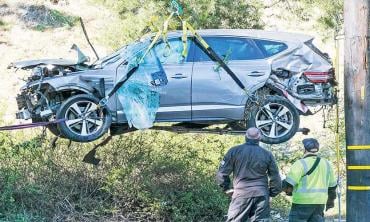