Tradition is one of the most vital links to our past and reviving tradition through fabric, fashion and palpably through what we wear, is a vividly tangible form of archiving that evokes nostalgia and longing for days of yore.

Three of Pakistan’s most rejoiced cultural commodities, coveted across the globe, would be television dramas, cuisine and textiles or fashion. And in the midst of the growing fashion industry are some celebrated revivalists whose body of work has helped bridge the gap between the era of yore and today’s social media savvy, hypersonic trending age of modernity.

Tradition is one of the most vital links to our past and reviving it through fabric, fashion and palpably through what we wear is only a definitive, concrete and vividly tangible form of archiving that evokes nostalgia and longing for days of yore. These revivalists certainly need to be lauded for their efforts in keeping our culture and heritage relevant, both domestically and internationally. Moreover, these couturiers have sustained and employed generations of artisans and karigars, making them all the more an asset.

A descendant of the Awadhi heritage and the proud prodigy (daughter-in-law) of the legendary couturier Sughra Kazmi, Bunto Kazmi has been a pivotal contributor to the revival of several ancient forms of karigari and sartorial style from the subcontinent. An unconventional modiste of her times, Bunto Apa (as she is lovingly called) is unique when it comes to creating one-of-a-kind outfits, heirloom pieces and bridalwear. Her work draws inspiration from nature, heritage, royal courts, folklore and dastaans from the Mughal era, sprawling across different regions of the entire subcontinent. Her signature and coveted tapestries are sought after for their grandeur and layered storytelling. Her dossier on the Persian epic, Hamzanama had hand embroidery capturing the adventures of Amir Hamza. The mythos on fabric depicted him sitting astride stallions whilst combating dragons with swords which glistened with silver zari taankas. Bunto’s more contemporary dreamscape, that was her first architecture inspired tapestry, resembled a painting. It had Karachi’s most iconic edifices etched upon it over the span of a year. Her rise in popularity in bridalwear has been her reinvention of the classical farshi gharara. In an immensely rapidly evolving fashion industry, which is incumbent on mass production, Kazmi surely asks us to stop and smell the roses with her labyrinthine craftsmanship.

With a stellar career sprawling over more than four decades, Maheen Khan has been a supremely significant contributor to Pakistan’s revival of pop culture, art, motifs and she has resurrected those very trends through cosmopolitan clothing. Her most notable revival of Pakistani culture through sophisticated clothing is via her label Gulabo, which is the epitome of everything desi and quintessentially Pakistani. The label encapsulates lifestyle, customs, topography and murals with a special emphasis on Truck Art. Ranging from printed tunics to solids and separates with accessories, her collections are an amalgamation of everything found in the gullies and nukkads of Pakistan.

Faiza Samee has spent almost four decades contributing tirelessly to the fashion industry and reviving long lost, pre-partition taankas and karigari by engaging Ustads of yore and establishing an intricate embroidery gurukul where young karigars can train and take the dying tradition of this archaic and painstaking craftsmanship forward. Samee’s maternal side of the family hails from Bombay and she was heavily inspired by the 1940s Art Deco style prevalent in the subcontinent’s saris, jewelry and fabric at the time. Her father-in-law was a collector who spent his life in Samarkand and Bukhara so she revelled in fabrics like Atlas, Dulbarah, Ikat and Kanavez. Her body of work has most certainly contributed to bringing Pakistan in the vanguard of traditional textile design and revival of sartorial practices.

Nilofer Shahid’s brand specializes in legacy revivals and pays tribute to historic figures and traditions in the subcontinent’s history. Her Shah Bano collection was a tribute to Mughal Empress Nur Jehan. A walk down the path of the fiery queen’s life and iconic style, this collection encapsulated elements of her life as a perfumer, warrior, fashionista, patron of Kashmiri arts and crafts and a poetess. Over the years she has kept ancient crafts alive through collections celebrating historic figures like Khalil Jibran, Princess Josephine and Omar Khayyam. There is poetic synchrony in her designs and a passion for history which comes alive in the craft. Nilofer Shahid’s label Meeras, meaning heritage, is an effort to bridge the gap between the past and present and revive timeless classical traditions through contemporary fashion.

Rizwan Beyg is an encyclopaedia when it comes to the craft of fashion and his atelier is known for the revival of age-old handicraft techniques and classical craftsmanship on fabrics like silk, chiffon, voile, viscose, georgette, tulle, jamawar, velvet and cotton handloom net. Beyg’s philanthropic endeavours to both revive historic craft techniques whilst providing sustainable sources of income to karigars are worth mentioning. In his work is an effort to empower Pakistan’s rural craft communities, particularly emphasizing needle and thread work in Southern Punjab with the goal to preserve and revive Pakistan’s craft heritage by incorporating it into contemporary fashion. The designer is founder member of the government-based AHAN that operates across Pakistan’s four provinces to identify communities specializing in various cottage industries and indigenous craft skills.

The House of Shamaeel is an ode to South Asian cultural traditions, with a special focus on Turkey. Whether it’s trendy casual wear or heavier, more ornate festive clothing, Shamaeel has always brought out collections which pay tribute to an era which marks an epoch in the subcontinent or a particular period in the history of the West. She has revived stories from the Mughal era, drawing inspiration from miniature art work. Her prints encapsulate not just dastaans from this epic period but also signature Mughal paintings and portraits etched in time.

Interestingly, her revivalist techniques extend to countries like France and Turkey, for which she has a special love. Shamaeel’s Versailles collection was inspired from the traditions of Northern France and each piece had French tones with recurring tapestry art as motifs. Her Blue Tulip collection was a reflection of histories and landscapes of Turkey including glimpses from cities like Ortaköy and Bosphorous. With a career spanning over three decades in the fashion industry, Shamaeel Ansari is definitely a name to celebrate when it comes to fashion revivalism.

The House of Kamiar Rokni

The House of Kamiar Rokni, with Kamiar Rokni, Tia Noon and Rehan Bashir, has definitely been a trend setter when it comes to fashion revivalism with reinvention. Rokni’s outfits are quintessentially eastern with the craft of gota, chata pati and ornate karigari giving them a classic and traditional vibe, yet it is the intricate variations and details that render them contemporary and relevant. The House of Kamiar Rokni collections are reinventive and experiment with shapes and drapes in wedding wear. While the embroidery, motifs and fabrics are traditional, the outfits they create are off-beat with vintage overtones. We’ve seen poofed Victorian sleeves, dhoti skirts, innovative blouses and embellished jumpsuits with embroidered overcoats, creating the perfect crossroad between regal Eastern yore and Victorian culture. Their more recent collection, titled Neo-Folk, which was showcased at the PFDC fashion week in Lahore, revived myriad ethnic textiles and established Pakistani design techniques using the art of block printing and tie-dye on brocade.

A much younger name in this list, Mahgul Rashid has quickly risen as a brand that strives to innovate by using traditional hand-woven techniques across a range of off-beat embellishment and materials; she aspires to create new drapes and cuts by blending in traditional artisanship. The couturier believes that to innovate one must revisit the past, so her work is influenced by books, poetry and even old movies. Some of her revivalist fabric prints and patterns seek inspiration from vintage jewellery, floral arrangements, fauna, as well as archaic architectural designs.

Nida Azwer’s body of work is a glorious range of traditional clothing that celebrates traditional silhouette as well as craft. Incorporated in her ensembles are techniques like tukri ka kaam, rilli and kantha, miniature embroidery to Sindh’s age-old embroideries. She has both reinvented and revived stitches such as the Hurmich, Seesha Tanka, Moti Tanka and Heera Tanka on fine organza and silk.

Nida’s Hyderabadi collection was inspired by the Nawabs of Hyderabad, who back in the day would showcase their wealth and stature by the attire that they wore. She has retained their cuts of resham embroidered lehngas and farshi ghararas while adding her own designs and patterns to retain the classic, traditional feel of the original style.

Her most recent design, which was quite the talk of the town last month, was the miniature embroidered shawl worn by Bakhtawar Bhutto Zardari on her engagement.

Under their fairly new label, Mohsin Sayeed, Hadia Khan and Sheena Rizvi have taken up the responsibility of keeping the beauty of tradition alive in its purest way. Their intricately designed pieces have blended colours with silhouettes that hoist detailed gota work and resemble antique, heirloom ensembles that belong in classic literature. The PinkTree Company has revived the sub-continental sartorial style with remarkable continuity, trendy variation and creativity. They’ve succeeded in bringing back the love for art and craft and making it relevant.

– Afreen is a theatre and cinema enthusiast with special interest in Urdu literature and pop culture. She can be contacted at [email protected] 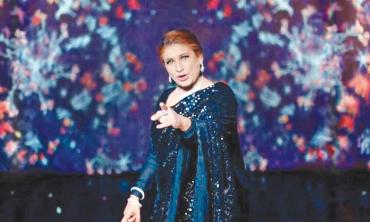 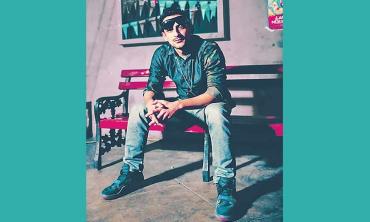 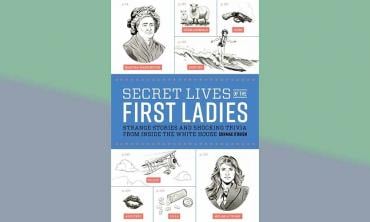