At some point, the media will have to face its complicity in the silence while our democracy and the rights of our people were being chipped away at

BBC Urdu’s flagship show Sairbeen, which had been airing on Aaj TV since 2014 was taken off the air recently. Jamie Angus, the BBC World Service director, cited “interference in [the] news bulletins since October 2020”, which “represents a serious breach of trust with audiences.” Since Aaj was unable to “facilitate returning the programme to air” and “despite efforts in good faith on both sides,” the partnership was terminated on January 15, 2021. According to BBC Urdu management, Sairbeen was stopped from airing in June 2018, June 2019 and October 2020. Although Aaj TV and BBC Urdu managed to return the programme to air the first two times, this time the termination proved permanent. BBC Urdu is continuing to produce and provide access to the show on their website, Youtube channel and Facebook page.

The BBC’s decision to not only stop airing the show on Aaj TV but also to forgo any future partnerships with local news networks speaks to a broader culture against editorial autonomy in Pakistan. In May of 2018, the Pakistan Electronic Media Regulatory Authority (Pemra) issued notices to Express TV and Aaj to stop broadcasting “foreign programmes” on their channels under penalty of Section 30 of the 2002 Pemra Ordinance, which allows the authority to revoke the licences of broadcasters in case of non-compliance. These programmes included Deutsche Welle’s DW Sawal on Express, and Sairbeen and Voice of America’s View 360 on Aaj. These notices seem to be connected to the fact that in 2018, Justice Saqib Nisar, then chief justice of Pakistan, directed the Pemra to enforce the rule that TV channels cannot have foreign content on for more than 10 percent of their airtime.

Since the May 2018 notice, it seems that there was continued pressure on Aaj to stop airing the show, which could explain why it was taken off and returned to Aaj twice before finally being discontinued on the mainstream in October 2020. Sources inside Aaj say that the channel was motivated to maintain their partnership with BBC Urdu because this was an important source of revenue for them at a time when the media industry as a whole was experiencing a financial downturn. They also say that Sairbeen provided them with diversity of content, since it included both local and foreign news reports. It appears that Aaj attempted to walk the line between keeping the news bulletin on their air and complying with Pemra advice for more than two years before finally succumbing to the pressure.

Could there be a reason other than the 10 percent rule regarding foreign programming for having this show removed from Aaj’s platform? Sources at BBC Urdu say that they were not given any reason as to why their content was deemed objectionable. This is further complicated by the fact that Sairbeen is merely a news telecast that simply reports facts. As is evident if one were to compare Sairbeen to local newscasts, BBC was willing and able to do some real boots-on-the-ground reporting on certain key stories in a way that the local news media does not. Aaj was extremely resistant to comment on why a rather innocuous straight-news sort of programme would be banned or to reveal the details of their dealings with Pemra. All current and past iterations of the show are available online and it does not seem to be the sort of content that should be considered objectionable under Section 27(a) of the Pemra Ordinance, which the 2018 notice cites.

Like a lot of news stories from recent history, we may never find out why Sairbeen was “interfered with”. But this has now become the norm in Pakistani journalism. Too often, the communication of crucial information that should be public knowledge is hampered when media professionals either don’t know and lack the means to find out or can’t say. And there is always a vague ominous shadow as to why. We talk about censorship in obscure terms that hint at the problem rather than defining it clearly. There is ‘pressure’, ‘intervention’ in editorial policy or the fear of the ‘establishment’. Media insiders not only speak to one another about the issues facing independent journalism in Pakistan using this sort of coded language but cover these stories in similar ways, assuming (often incorrectly) that their audiences will also understand the true meaning of these veiled references. The threats to the lives and livelihoods of individual journalists, bloggers and social media activists create a chilling effect on the entire media ecosystem. This paranoia around simply reporting the truth has led to so much self-censorship that state institutions don’t even have to directly get involved to keep the media in check. One can hear this fear sometimes in the voices of off-the-record sources, who ask you to communicate with them over encrypted channels so they can tell you what actually happened.

If the powers that be, those who have a vested interest in controlling public narratives and filtering what information actually reaches the people, no longer require the smokescreen of Pemra to shut down independent journalism in this country because we continue to self-censor, then we are not simply staring down the barrel of a dystopian fascistic future; we are living in one. An engaged, informed and vigilant populace is crucial to the survival of a democracy. At some point, the media will have to face its complicity in silence while our democracy and the rights of our people were chipped away at.

These are dark times for freedom of speech, freedom of the press and democratic values in Pakistan, but that doesn’t mean they cannot get darker. It also does not mean, as recent history has shown, that simply surrendering to both subtle and blatant censorship from authoritarian forces will cause the pressure to cease. In fact, as the noose tightens around the mainstream media and the suppression of information and ideas begins to invade digital spaces too, we are learning that the opposite is true.

The government now seems to be inching towards the Chinese model of online censorship with proposed new rules regarding online content. The Minister for Information Technology, Syed Amin ul Haq, has said that “the policy seeks to remove provocative, anti-state, anti-army, anti-judiciary, obscene contents and hate materials.” Is the internet the last remaining bastion of free speech in Pakistan and if so, for how long? How much longer will the public squares of social media be open for political debate? How much longer will digital media platforms on Youtube and elsewhere struggle to fill the gap between what is reported in the mainstream and the whole truth? 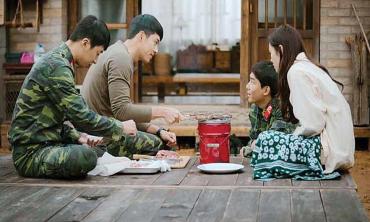 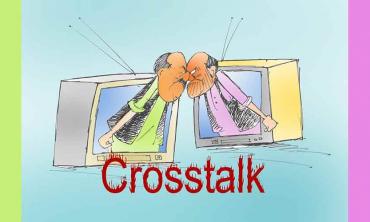 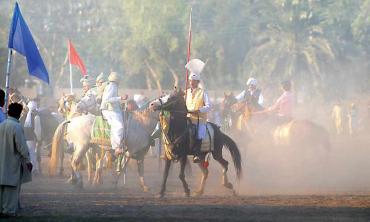