How to end corruption?

Recently, Prime Minister Imran Khan talked about the narrow tax base as the “big obstacle” to realise a large population’s full potential. It was nice to listen to the prime minister talking about something other than the previous rulers’ corruption. However, soon afterwards, the Broadsheet owner emerged out of nowhere and provided plenty of grist for the government’s mill for deflecting criticism related to governance issues.

The prime minister then said what the Broadsheet’s owner had hinted at was just the tip of the iceberg of corruption by political leaders who had previously ruled the country. However, in a strange twist, Kaveh Moussavi next raised questions about the sincerity and credibility of the prime minister in fighting corruption.

While no one can deny the importance of stamping out corruption in all its hues and colours for sustained development, a reality check of what is being done to root out corruption seems in order.

The prime minister talks ad nauseam about corruption by the previous rulers. Sadly, the revelations about the previous political regimes’ loot and plunder are neither news, nor fill empty stomachs. The biggest irony of all is that corruption has apparently gained momentum under the current regime.

Transparency International has reported that Pakistan slipped from 117th position in 2017 to 120th position in 2019 on the transparency ladder. The unearthing of a Rs 180 billion fraud in the office of the Auditor General of Pakistan is an eye-opener. Of course, the alleged fraud includes decades of wrongdoing. The point here is that there is no let up in the onslaught of corruption, even in the current regime.

The immediate challenge before the government is an economy in a terribly bad shape, and poorer sections of the society have been facing unprecedented challenges in keeping their body and soul together. Working simultaneously on promoting economic growth and plugging the gaping holes of corruption and money laundering is equally important. Telling the tales of corruption among politicians is not enough. The public is absolutely and perfectly justified in asking what the present government has done to reverse the corruption trends.

The prime minister may have realised by this time that ending corruption is a more complicated proposition than he might have envisaged initially. The accountability drive against corrupt politicians has seriously faltered raising questions about across-the-board application of rules. Now may be the right time to pause and think about innovative solutions to achieve the objective of a corruption-free Pakistan.

Transparency International has come up with a list of some best practices based on their experience of working on the issues of corruption and malpractices in public offices in various political systems. Specifically, there is a five-point agenda that can help a country fight against corruption.

Transparency International believes that “effective law enforcement is essential to ensure the corrupt are punished and break the cycle of impunity, or freedom from punishment or loss.” Pakistan’s progress towards the goal of ending impunity is neither satisfactory nor promising. Historically, many politicians figures have been punished for various crimes. However, a close scrutiny of the circumstances leading up to the punishment of holders of public office does not rule out ulterior motives in applying legal principles. Execution of the former prime minister, Zulfikar Ali Bhutto, is one such example.

The stark contrast between razing of houses in anti-encroachment drives in cities and framing of new bylaws by the CDA to regularise prime minister’s Banigala house is an example of the selective use of state power.

The disqualification of former prime minister, Nawaz Sharif, in July 2018 for concealing the income in his nomination papers he received from the company owned by his son, and the disqualification of PTI leader Jahangir Tareen for failing to declare his offshore company and declaring his assets in his election nomination papers may actually be the beginning of an across-the-board application of the principles of justice. However, a lot more needs to be done to end the culture of impunity.

An across-the-board accountability is arguably the most crucial factor in ending impunity. Recently, the prime minister sent a reference against Justice Qazi Faez Isa regarding the properties purchased by his adult children which had been declared as joint ownership by the wife of Justice Qazi Faez Isa. However, a different attitude was revealed when his then SAPM Lt Gen Asim Bajwa (retired) was embroiled in a financial scandal after reports appeared about a business empire abroad owned by the SAPM’s family. At one point, the prime minister refused to accept the resignation and deemed the four-page clarification of SAPM made through media sufficient to exonerate him. That SAPM did resign from his position and the reasons given for his resignation is history.

The stark contrast between razing of houses in the anti-encroachment drives in various metropolitan cities and framing of new bylaws by the CDA to regularise prime minister’s Banigala house is another example of the selective use of state power.

Promotion of transparency and access to information is the third component of the anti-corruption strategy. The conduct of successive governments has rarely helped promote transparency and make access to information easier. However, the recent past has been a particularly challenging time for achieving this objective. Mainstream media has been put under unprecedented pressure in the current regime.

A sustained policy of intimidation of the media used a variety of slings and arrows: attacks on media houses, withholding of government advertising dues forcing major downsising, forced termination of contracts of journalists known for their criticism of the government, and institution of criminal cases against journalists for their private social media postings under the controversial cybercrime law. Many institutions are still effectively outside the purview of the civilian auditing agencies.

Strengthening citizens’ demand for anti-corruption and empowering them to hold government accountable is a sustainable approach that helps build mutual trust between citizens and government. PTI’s Tiger Force is one such initiative of the current regime. It is perhaps premature to comment about the effectiveness of this force to curb corruption because the said force has not been given enough room to work. Conversely, plenty of initiatives have been undertaken to disempower and disenfranchise individuals and communities.

The matter of forced disappearances has become a volatile national issue of ominous possibilities. Abduction of journalists and political figures and warning the national leaders about possible assassination attempts by Indian agents is hardly what is needed to help the citizens feel empowered to raise their voice against corruption.

Without access to the international financial system, corrupt public officials would not be able to launder and hide the proceeds of looted state assets throughout the world. Major financial centres urgently need to put in place ways to stop their banks and cooperating offshore financial centres from absorbing illicit flows of money. Though money laundering is a big issue in Pakistan and plugging the international financial system’s loopholes is absolutely necessary, Pakistan finds itself in the hotseat to work on this front because of its alleged links with terror financing. How the laundered money is brought back will largely depend on the seriousness of purpose on the part of the leaders at the helm.

The writer is an Assistant Professor in the Department of Economics at COMSATS University Islamabad, Lahore Campus

How to end corruption? 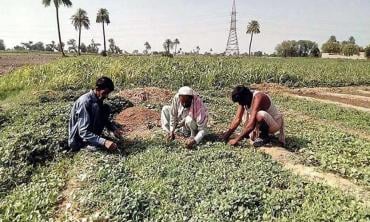