International pressures, FATF recommendations, or a possible course-correction, Pakistan seems to be making progress on curbing terrorism. Lakhvi’s conviction is the latest on this front

Conviction and sentencing of Zakiur Rehman Lakhvi, a senior member of the proscribed Jamaat-ud-Dawa (JuD) and one of the alleged founders of Lashkare Tayba (LeT), has generated a debate whether the Pakistanistate has decided to disassociate itself from its so-called ‘strategic asset’ or not.

Some security analysts say the string of convictions owes itself to the irresistible international pressure. Some say these represent a serious effort to get Pakistan off the FATF (Financial Action Task Force) grey list.

The Counter-Terrorism Department (CTD) of the Punjab had arrested Lakhvi in connection with running a medical dispensary to collect funds for terror financing. The court was informed during the trial that Lakhvi was one of the founding members of LeT which was banned in Pakistan in 2002.

Prior to Lakhvi’s conviction, some other top leaders of JuD including its head Hafiz Muhammad Saeed, Malik Zafar Iqbal, Yahya Mujahid and Hafiz Abdul Rehman Makki have been convicted in another case of terror financing. Lakhvi and the others are listed in the UNSC’s (United Nations Security Council) list of banned terrorists.

Ejaz Ahmad Buttar, judge of the ATC (Anti-Terrorism Court) – III Lahore, awarded Lakhvi five years rigorous imprisonment concurrently on three counts along with a cumulative fine of Rs 300,000. The same judge had earlier sentenced other leaders of the banned JuD in cases of terror-financing under different provisions of ATA (Anti-Terrorism Act) 1997.

A concurrent sentence amounts to a prison term of imprisonment equal to the length of the longest sentence, explains Ansar Shah, an advocate of the High Court.

Amir Rana, a security analyst, says Lakhvi’s conviction is a part of the implementation plan recommended by the FATF.

“Pakistan has already been given extra time by the international watchdog agency to fulfill its recommendations,” says Amir Rana.

“Pakistan has already been given extra time by the international watchdog agency to fulfill its recommendations. That is why Pakistan must take such actions against banned outfits so that the crucial outcome of next preliminary may be in our favour”, he says.

The Paris-based anti-money laundering watchdog, FATF, placed Pakistan on its grey list in June 2018. Since then, Pakistan has been reporting progress on the 27-points action plan. In the last preliminary of FATF held in October 2020, the watchdog praised Pakistan for progress on 21 of 27 recommendations and gave it extra time till February 2021 to implement the rest.

Lakhvi’s conviction has received international comment. India can now celebrate this move.The United States’ South and Central Asia (SCA) Bureau have reacted by tweeting. The tweet states, “We are encouraged by the recent conviction of Zaki-ur-Rehman Lakhvi. However, his crimes go far beyond financing terrorism. Pakistan should further hold him accountable for his involvement in terrorist attacks, including the Mumbai attacks.”

“Pakistan is moving towards creating a strong image of putting those behind bars who are involved in any acts of terror financing”, says Amir Rana.

Rans says now is the time to convince international powers,especially those who enjoy strong political influence on FATF, that Pakistan is taking every step possible to curb all kinds of proscribed activities and there is little space left for the banned outfits to operate on its territory.

The steps taken in the last few months by Pakistan are sufficient proof of the seriousness of the blatant disassociation with all kinds of banned individuals as well as organisations, says Brig Farooq Hameed (retired), a defence and security analyst.

“The term ‘strategic asset’ is no longer acceptable to the Pakistani state. It is history now; and everyone part of the government and security forces not only believe in this but are implementing this course of action aswell”, he claims.

According to Brig Hameed, “some serious mistakes” had been committed in the past but “the current leadership is displaying a commitment to the nation and the world. They believe in peace and economic prosperity”.

He thinks that international powers have finally started acknowledging Pakistan’s serious efforts to curtail proscribed outfits. He is confident that the state will leave no stone unturned to put the miscreants behind bars. 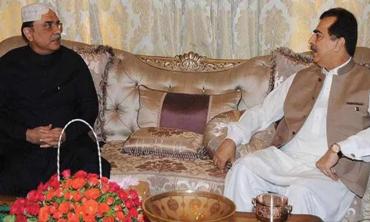 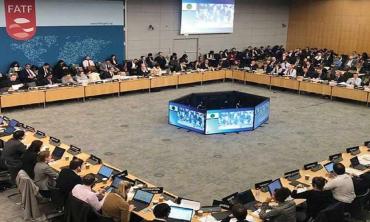 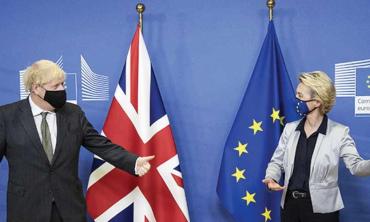