2021 will be the year of concrete, coal tar and buildings

Lahore has not figured out what kind of modernity it needs. In that aspect, it will continue to increase concrete and reduce greenery

There are hopes that 2021 will be better than 2020 because humanity will have overcome nature once again by creating a vaccine against a pathogen that stopped the human charade for a major part of 2020. Nature had plenty of time to recover. So 2021 will be the year of concrete, coal tar and buildings in Lahore.

There are already signs of this. The present government has figured out that the Sharifs had captured everyone’s imagination by building roads, overhead bridges, and hospitals. The Chinese also like to invest in the infrastructure and have forced the incumbents to start the Orange Train, which is functioning smoothly. The people are once again admiring the vision of the so-called corrupt because the people themselves have similar views. Many years ago, I conducted a survey of randomly selected residents of Muridke and asked them how they saw the future of Muridke. Their fantasies did not have anything natural. It was all concrete, glass, buildings, and shopping malls. Then we wonder why we don’t get pure food. The water buffalo has been exiled from the urban imagination while everyone wants to drink pure milk.

If you are not a car owner in Lahore and you like to walk around as a ‘pedestrian,’ where can you go in Lahore without being hassled or threatened by those whose mobility is motorised? Lahore has become a nightmare for pedestrians, prompting people to yearn for the days when a black cat could cut your journey short. Superstitions kept us ecocentric. We were afraid of tree groves, acacias and banyans. They were inhabited by otherworldly creatures. Our innocent imagination sustained our habitat. Then came Western rationality and the so-called development. Everyone can march up to a tree and cut it down and take it like any other product to the local timbre market. Perhaps, instrumental rationality is destroying the habitat.

In my daydreams about Lahore, I imagine the entire area of old Lahore, from Minar-i-Pakistan to Old Anarkali, a pedestrian-only zone during the day. People can loiter around leisurely and go about their daily activities on foot. At night, the traders can have their merchandise delivered and get ready for the next day. But it is not going to happen. We will have more cars, more motorcycles-turned-into-pickups and more smoke.

Electric vehicles are being encouraged by the government but there are not many charging stations in the city or on the motorway. So we might be stuck with what we are addicted to: the traffic fumes and congestion and urban squalour.

Lahore, historically, has been a city of gardens and teahouses and coffeehouses but without the kind of upscale consumerism that is visible now. These used to be places where one could find poets, radio and television singers and actors, and screenwriters. Pak Tea House is perhaps the last remnant of that era. I am hoping there will be some revival of the pre-Cold War cultural activities now that we are in a unipolar world where there is no fear of the Soviets. So Lahore could become the city of boulevards and promenades and people of all genders on bicycles.

The YMCA and YWCA hostels for international tourists can be reopened while the world chooses whether it wants to become Sino-centric or follow the Anglo-American model.

The street named Book Street where so many progressive publishers are found can also become a hub of cultural activity. A great number of Punjabi and Urdu renderings of world literature are available at the book houses on Mozang Road. The unofficial food street is on Temple Road. These two adjacent streets will continue to satisfy the gustatory and epistemic needs of Lahoris.

If and when the lockdown is lifted, Lahore will become the thriving hub of Majha, the historical title of the area now called Central Punjab. But the problem will remain the same. What about the recovery of nature in a sprawling urban centre? Why are we so fascinated with the so-called development which only leads to a rise in temperature through the use of concrete?

The only thing we use more than concrete at a global scale is water. China has used as much concrete in three years as the USA has used in the last one hundred years. The entire aviation industry produces 2.5 percent of the world’s carbon dioxide which is dwarfed by the contribution of concrete at 8 percent. According to the National Ready Mixed Concrete Association (NRMCA), one mile of a single-lane road releases “8.1 million pounds of carbon dioxide.” And we are so eager to build these things and reject the dust and mud we came from.

Lahore has not figured out the kind of modernity it needs and, in that aspect, it will continue to increase concrete and reduce greenery. A form of civilisation that will choke our lungs is not really civilisation.

The author teaches literature and critical theory at the University of Lahore. He can be reached at [email protected]

2021 will be the year of concrete, coal tar and buildings 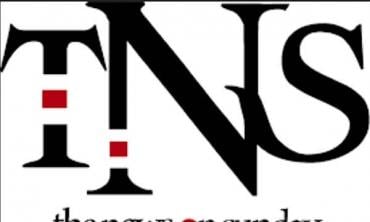 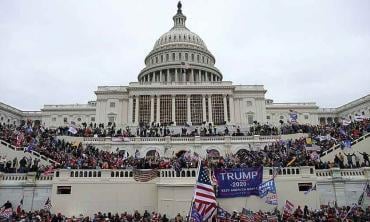 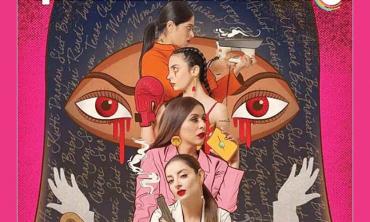