The Lahore beautification plan is underway, again. Urban evolution has been reimagining the city, as older hallmarks get swept into flyovers and underpasses and it transitions from a largely horizontal place with visible tree lines to a more vertical metropolitan. The city’s capacity to house the burgeoning population must increase, and so must its aesthetic redevelopment if the old nostalgias of a Mughal seat of empire, and centuries of being the cultural capital of the Punjab, are to endure.

This might include revisiting ideas of progress through concrete and asphalt alone, rethinking a glistening new city along the banks of the River Ravi. Something purported to solve housing and urban sprawl problems while stimulating the economy with high demand for contractual labour, but something that is not going to address the water table disappearing under our feet, or the sewage treatment and drainage inadequacies that Lahore’s expanse is running into, or the air that’s no longer breathable.

The toxicity entering our lungs cannot be expunged with more construction and bigger carbon footprint. Lahore’s beauty isn’t going to matter if nobody can see it past the clouds of sulphur and grime.

One hopes that this year’s additions to the cityscape will be both sustainable and visually pleasing - without questionable design choices, without inviting urban flooding, without excluding communities, without creating problems in the next 12 months that will last another 12 years. There is aesthetic value in human endeavours and cultural exchanges too. Not just in fresh coats of paint.

A month ago, the deputy commissioner decided that the low-income houses opposite the Lahore airport were spoiling the otherwise magnificent vista that awaited visitors to the city, like the military housing schemes up ahead. His solution was to turn their walls fluorescent shades of blue, pink, yellow and teal. It left many perplexed, none more so than the people whose houses those were.

It was aesthetic improvement by a bureaucratic machinery in bureaucratic colours; the kind you find on highlighters and sticky notes in government offices, the kind that are used to point out things that are glaringly wrong, in files that are lost to endless cabinets and drawers.

The episode was reminiscent of the time DHA walled in its Charrar Pind. Because poverty, even when it exists for the upkeep of the wealthier houses nearby, is deemed unsightly. There was no attempt to fix the inequality, only to hide it.

Overbearing bureaucracies affecting Lahore’s landscape are not peculiar to the present government. The previous ones did extensive refurbishments in Lahore’s oldest neighbourhoods, gentrifying the Shahi Mohalla with a sparkling new food street full of restaurants that serve identical food to identical customers. The facelifts to the Old City were applied with almost wilful spite of Lahore’s past - shimmering white facades in front of rustic brown interiors; storied insides with a resoundingly bland exterior - a juxtaposition that only worked in irony.

When spring arrived, every year there would be floating ornaments in the canal; overgrown lotus leaves and confused-looking ducks dazzling with the electricity that we can’t produce enough of.

When the current government inaugurated Bab-i-Lahore at Thokar Niaz Baig, they made sure that when you drove off the Motorway you were greeted by strange urban planning. Lahore’s second major entry point now looks like an unfinished veranda. People pointed out that the structure was asymmetric. Others said the road itself was asymmetric. Yet others pointed out that so were the ideas behind the two things. Not everything has to jut out of the earth in the form of metal skeletons to carry visual value.

The rainbow pavements at Liberty Chowk aren’t ugly; it’s just that no one is sure why they exist. There seems to be no overarching aesthetic, no rhyme to Lahore’s various colour schemes. We need less disconnect between what people wish to see and what looks good in a proposal on someone’s desk.

There are partial success stories too, of course. The murals lining Lahore’s underpasses are nice. The Parks and Horticulture Authority (PHA) has engaged artists from the Lahore Biennale Foundation to beautify Lahore’s skyline, specifically its billboards.

One hopes to see more of a cross between commerce and culture in the New Year. More subtlety, less bureaucracy. More ecology too.

The city is being divided into two districts. The bifurcation could ease some of the administrative burden. This might see more satellite town-planning, which might usher more public transport to connect long-distance commuters. The more spread out and functional Lahore is, the less panic about unsightly sprawls and roads clogged with bumper to bumper traffic.

The bidding process for developing a new master plan for the city has started. While the LDA makes assessments, they could also look at their bylaws and encroachment policy this year. Street vendors are perennially displaced by the city authority’s anti-encroachment drives. Clearing the streets, yes, but also the livelihoods on them. In February last year, the spatial policing extended to the more elite sidewalks around Mall-1 too. Outside seating was summarily removed. It didn’t last as long as the working class clearances, but that it happened once, suggests more instances will follow. The city’s increasingly narrow spaces are clearly being contested by the people living in it.

So some compromise, perhaps, to make the city, its sidewalks, its parks, its monuments, more accessible, more accommodating, more pedestrian-friendly.

My hope for the Lahore of 2021 is for the city government to take these contestations into consideration, to build on the aesthetics of the past instead of randomly selecting ones for the future, and to definitely stop painting people’s houses without their consent.

The author is a freelance writer/journalist whose work has appeared in Eos, The Herald, Roads and Kingdoms, Firstpost and Quartz 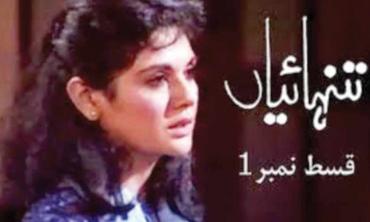 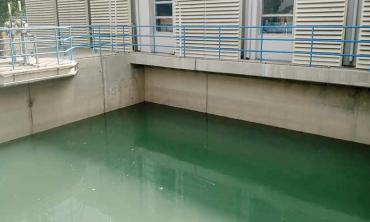