Priya Atwal’s book retells the Punjab story with new insights, focusing on the rise of Ranjit Singh and the fall of Punjab’s empire

The Punjab was long a hunting ground of the invaders. Its fertile fields, gigantic rivers and prosperous people became targets of the Greek, Persian, Afghan, Mongol and Central Asian looters. Those who were not stopped by Punjabis weren’t stopped by anyone until they reached Delhi.

(Whatever we can eat or drink is ours/ All the rest will be looted by Ahmad Shah Abdali);

(Zafar Khan, pull the bow up and release your arrows, the Mongolpigs, are invading)

(O Laalo, bringing the marriage party of sin, Babar has invaded from Kabul, demanding our land as his wedding gift)

And Bulleh Shah lamented in these verses:

(All hell has broken loose/ Punjab is ransacked and wrecked)

Then came the Sher-i-Punjab (Lion of Punjab), Ranjit Singh (1780-1839). The invaders were pushed backfor the first time in centuries. With this, the roles reversedand Punjabi armies were seen marching in the streets of Kabul. However, Ranjit Singh with all his battlefield successes failed to create an able succession plan and a long-lasting dynasty. Within ten years of his death, the mighty Punjab was defeated and annexed by British colonialists in 1849.

Priya Atwal’s Royals and Rebels: The Rise and Fall of the Sikh Empire retells the Punjab story with new insights. Atwal is a historian who obtained her doctorate (PhD) from the University of Oxford (UK). The book contains most of her PhD research, focusing on queens and princes of the Lahore Durbar as well as the rise of Ranjit Singh and the fall of Punjab’s empire with details of post-Ranjit era fallacies and struggles.

There are conflicting beliefs among Punjabinationalists about whether Ranjit Singh’s empire was a Sikh Empireor a Punjab Kingdom. Atwal opted to use Sikh Empirein the sub-title of her book, claiming that the government of Punjab as a whole was known as the Sarkar-i-Khalsa in Punjabi, which translates as Sikh Empire. She also adds:“Interestingly, British and European contemporaries of the Punjabi royals referred to the state as the Kingdom of Lahore”.

Khushwant Singh writes in Ranjit Singh’s biography Ranjit Singh: Maharaja of Punjab (Penguin,2008; pp37): “Ranjit Singh didn’t derive his title from either the Mughals or the Afghans: it was given to him by that mystic entity, the Panth Khalsaji. He was impelled by the weight of the tradition that was grown up over the years, that it was the destiny of the Sikhs to rule (Raj Kareyga Khalsa)”. Singh also mentions Nanak Shahi coins in support of his Durbar-i-Khalsaji claim. However, when the same Khushwant Singh writes: The Fall of the Kingdom of the Punjab(Orient Longman, 1962), he prefers to call it a Punjab Kingdom rather than a Sikh Empire.

Nevertheless, like any other ruler and as an astute political player, Ranjit Singh used all available ‘tools’ including religious formations to manufacture and consolidate power in his own hands. This ended up asrule by one family engaged in a form of ‘dynastic colonialism’. It neither remained a Sikh Khalsa Empire nor a Punjab Kingdom but a single-family rule or aSukerchakia empire based on Ranjit Singh’s misl (warrior band) which acquired its name from his ancestral village Suker Chak from where his grandfather Charhat Singh had moved his tribe to Gujranwala where Ranjit Singh was born.

Priya Atwal has divided the book into five chapters with the first three chapters narrating the rise of Ranjit Singh and his rule while the last two chapters cover the post-Ranjit story. It’s an enriching addition especially with her increased focus on the young royals who were conveniently forgotten about under Ranjit Singh’s huge shadow. One of the most fascinating characters among those is Maharani Jind Kaur (c.1817-1863), who, in Atwal’s words, was caught in a ‘saint/sinner and heroine/whore’ dichotomy since the late1840s.

Even, the most revered poet of the first Punjab war (1845-46), Shah Muhammad who is believed to be present on the battlefield blames Jind Kaur for the devastation of Punjab. Canto 99 of his epic ends like this:

(The Mai sacked the Punjab Army and soldiers were abandoned / O Shah Muhammad, Rani Jind Kaur is the one who caused defeat and destroyed the country of Punjab)

Jind Kaur or Rani Jindaan (as commonly known among Punjabis) was the youngest wife of Maharaja Ranjit Singh (one of his 29 wives) and mother of their last boy-king Duleep Singh. She acted as regent for his son between 1843 and 1846. This was the most troubling and treacherous period for the Punjab empire as East India Company was breathing down the Punjabi royal neck looking for an opportunity to strike using all sorts of moles and money.

Atwal’s striking achievement is her humane approach and treatment of Jind Kaur, Mai Nakain and Ranjit Singh’s successors in a holistic view without using any colonial fed reductionist parameters. The framework used by her is similar to what was brilliantly established by Ruby Lal in her books on Mughal Royalty Domesticity and Power in the Early Mughal World (Cambridge. 2005) and Empress: The Astonishing Reign of Nur Jahan (WW Norton & Company; 2018).

Atwal also opted to use Sikh Empire in the sub-title of her book, claiming that the government of Punjab as a whole was known as the Sarkar-i-Khalsa, which translates as Sikh Empire.

In the last chapter of her book, The Boy-King, The Rebel Queen, and the British Empire, Atwal discusses in detail the post first Punjab war crisis. Punjabi army was defeated on the 10th of February, 1846 and theTreaty of Lahore propagated as a Peace Treaty by colonialists was signed on the 9th of March. Under this treaty, it was mandated that around two-thirds of the Duleep Singh’s empire would be annexed by the Company as well as the imposition of a heavy war indemnity and significant dismembering of the Punjabi army. In return, Governor-General Harding reinstated Duleep Singh on his throne under a ‘watch and wait’ policy.

An additional set of Articles of Agreement was signed on the 11th ofMarch. It allowed the establishment of British Garrison at Lahore and Duleep Singh’s court had to pay for British Garrison’s costs. This treaty alone explains Shah Muhammad’s rage against Rani Jindaan and her courtiers: Canto 93 reads:

(Now Rani Jind Kaur wrote to the Firangis/ You shall not take a minute longer/ To deal with the remaining soldiers in a suitable manner/ For, you alone can handle this unruly lot./ You and God alone are my protectors/ Station a contingent of your soldiers in Lahore/ Raja Gulab Singh paid homage to Firangis and brought them into Lahore, holding them by the arm)

In this chapter, Atwal highlights the treachery of three key figures from the Punjabi ruling elite who orchestrated defeat in the war. One of those was “Sardar Tej Singh, the army’s unpopular commander-in-chief, [who] passed intelligence to the [East India] Company’s generals and enabled his own troops to be massacred at the Battle of Sobraon. Raja Lal Singh, Jind Kaur’s chief minister also passed intelligence to a British Officer P Nicholson and Raja Gulab Singh who played a leading role in orchestrating the entire conflict and was subsequently ‘rewarded’ with his own kingdom in Jammu and Kashmir”.

Then arrived Henry Lawrence who started playing up reports of Jind Kaur’s personal life to discredit her among Punjabis as well as with the colonial decision-makers. Her presumed love affair with her chief minister Lal Singh which was earlier reported by Broadfoot was used to characterise her as a ‘sex addict’ who can’t run affairs of the court. Such reports were even made part of the British Blue Book. JD Cunningham did try to dispel these claims in his book A History Of The Sikhs (John Murray; 1849 p 299) i: “the Maharanee may have attempted little concealment of her debaucheries, but decency was seldom violated in public and essential forms of a court were preserved to the last”. Atwal believes that her character assassination was born out of clear gender bias against the rule of Indian women and a form of political misogyny practiced both by British colonialists and local male elites.

Details of the next three years until complete annexation of the Punjab on the 2nd of April, 1849, by East India Company are as intriguing as the rising of the Lahore Durbar. The writing style of Priya Atwal and her reference-based retelling of this grand Punjabi story make her book a fascinating read.

Royals and Rebels flows like a piece of literary fiction and the reader never feels detached or disengaged. As quoted by her in the conclusion, it’s a grievous tale:

(Once there was a King and a Queen/ they both died, end of story)

Royals and Rebels: The Rise and Fall of the Sikh Empire

The writer is a Dublin based Punjabi poet. He can be reached [email protected] 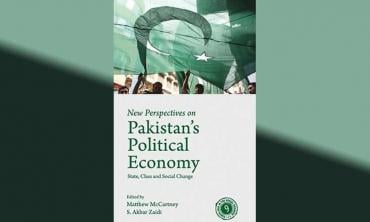 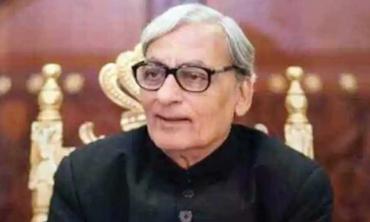 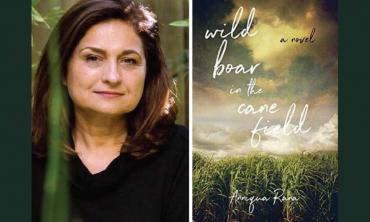 Breaking with the theatre of the elite