Peaceful demonstrations supporting the rights of women, students, Kashmiris under Indian occupation and other vulnerable groups are now fairly common in Pakistan.

Protests are also staged against enforced disappearances mostly in urban centres even though these are small and few and far between. Processions are organised to seek release of persons held for one or the other reason, including involvement in cyber-terrorism and hate speech. Such protests help highlight issues and put pressure on the government to initiate measures to tackle the challenges.

However, the human rights situation in Pakistan has kept deteriorating. International organisations like the Amnesty International and Human Rights Watch regularly issue damning reports listing the dismal state of affairs concerning various issues in Pakistan. The government often rejects these reports by issuing clarifications. The Human Rights Commission of Pakistan’s annual reports and its comments on happenings in the country are mostly critical, but are still keenly awaited.

Since 2008, Pakistan has a full-fledged Ministry of Human Rights. The minister in-charge presently is Shireen Mazari, an academic with strong views who drifted to politics by joining Imran Khan’s Pakistan Tehreek-i-Insaf (PTI). Her ministry is known for taking notice of human rights violations, but is often helpless in facilitating the victims to seek justice due to judicial, security and social constraints.

Pakistan also has a National Commission for Human Rights. It was established in compliance with Pakistan’s international obligations in accordance with the Paris Principles. It has remained dysfunctional for more than a year after the completion of the first four-years term of its chairman and members. The chairman, a former judge if the superior judiciary, obtained a stay order and the government is now trying to get it vacated so that a new head of the commission and its members can be appointed.

The state has the responsibility to maintain law and order and protect citizens, though it often is unable to do so. Armed groups proliferated in the country due to past security policies and ungoverned space enabled militants to stay safe and use this territory to plan and undertake attacks against targets all over the country. Sustained military operations, as many as 15 since 2003, inflicted heavy losses on the militants, cleared territory under their control and forced them to flee to Afghanistan. Finally, the government decided to change its policies and not tolerate presence of an armed group. It also decided to bring to justice those wanted for threatening other countries. One reason for this change in policy was Pakistan’s compulsion to take some of the steps to comply with the Financial Action Task Force (FATF) requirements to get off the ‘grey list’ or save itself from falling into the ‘black list’.

The right to freedom of expression and women rights were comprehensively discussed and highlighted in recent months and years. This was due to the curbs placed on the media, which also suffered on account of the shrinking size of advertisements as a result of the depression faced by the economy. Pakistan continued to remain a dangerous place for journalists due to assassinations, arrests and joblessness. The Pakistani media had always played a key role in strengthening democratic movements launched by political and civil society activists, lawyers and students and weakening it would weaken democracy.

As for women rights, there have always been small but vocal groups of activists highlighting the issue. The issue of women and girls’ rights as well as trans-genders assumes significance whenever there are incidents of kidnapping, rape and killing. The recent case of children being raped and killed and the Motorway rape incident shocked the nation and forced Prime Minister Imran Khan’s government to consider making new laws and strengthening laws to punish the rapists. Anti-rape laws providing harsh punishments, including changing the definition of rape, allowing chemical castration and hanging of convicts, were approved in a recent meeting of the federal cabinet. The role of women in policing would be increased, rape case would be fast-tracked to obtain conviction and witnesses would be protected. The prime minister was quoted as saying that no civilised society can tolerate such crimes acts and the government has to ensure a safe environment for citizens. It remains to be seen if these decisions are implemented in letter and spirit.

The enforced disappearances are an emotional issue and give rise to grievances that are reflected in political discourses, including those highlighted by Baloch activists and Pashtun Tahaffuz Movement (PTM), and prompt those affected to blame the state’s security institutions for their plight. Justice Javed Iqbal (retired) is head of both the Commission on Enforced Disappearances and the National Accountability Bureau (NAB) tasked with two important responsibilities that affect a large number of people. Perhaps it would be better to appoint someone else, an energetic and independent-minded judge, to lead the Commission on Enforced Disappearances and look into the lists of disappeared persons and ensure their recovery or trial in keeping with the requirements of the law.

The blasphemy issues continue to flare-up in Pakistan. In fact, the Tehrik-i-Labbaik Pakistan (TLP) owes its emergence and strength to the issue of blasphemy as its avowed aim is to protect the honour of Holy Prophet Muhammad (peace be upon him) and demand tough punishments for those accused of insulting him. The recent funeral of the TLP founder, Khadim Hussain Rizvi, who died suddenly in Lahore reportedly broke the record for the biggest funeral in the city’s history. This should serve as an eye-opener as his party overtook most other religio-political parties in the course of a few years on the basis of its one-point agenda of opposing changes in the blasphemy laws.

Following the outbreak of the coronavirus, the state had to initiate emergency steps to cope with the challenge and provide better healthcare facilities to the citizens. Otherwise, healthcare was a low priority and services were concentrated in the cities. With the second wave of the virus now hitting Pakistan, there seems to be an urgency to make people comply with the standard operating procedures to prevent the spread of Covid-19. The lockdowns, however, could cause joblessness and affect businesses. The issue of smog, now an annual occurrence in Lahore and certain other places, has also received some attention.

Pakistani migrant workers finally got some attention when they were left stranded abroad, mostly in the Gulf states, following the Covid-19 pandemic. They tried to seek the government’s attention when they lost jobs and were unable to return home due to suspension of flights. The government took certain steps to help them even though those affected had suffered quite a bit by that time.

The writer is resident    editor of The News in    Peshawar. He can be reached at [email protected] 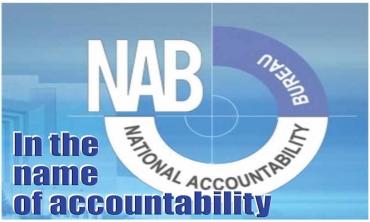 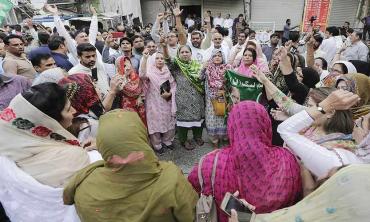 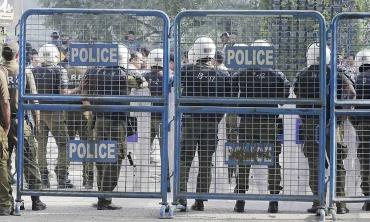