This is not the end of the story

The extraordinary attendance at the TLP chief’s funeral shows the popularity of an extremist idiom, and the challenges ahead for societal harmony

Khadim Hussain Rizvi, a firebrand cleric who mobilised hundreds of thousands of Sunni Barelvi activistswith his provocativerhetoricand turned his Tehreek-i-Labbaik Pakistan (TLP) into a major street protest force, is no more.

TheTLP and Rizvi appeared on the political landscape of the country in 2016 following the execution of MumtazQadri, a police commando and security guard who had assassinatedSalmaanTaseer,the then Punjab governor. Qadri had claimed he had acted on account of Taseer’s support for Asia Bibi, a Christian woman convicted of blasphemy, a charge she denied. The movement, earlier known as Ghazi (Mumtaz) Rehai Tehreek, started campaigning against the PML-N holding the ruling party responsible for Qadri’s execution in February 2016.

Largecrowdstook to the streets in Lahorechanting LabbaikYaRasoolAllah, a slogan popularised by Rizvi a few years ago, and gave a new lease of life to the party, allegedly crafted by the mighty military establishment to dent the support for the then ruling Pakistan Muslim League-Nawaz (PML-N), whose leader Nawaz Sharif had started questioning its policies and methods.

The TLP later announced that it will contest the 2018 general elections and registered itself as a political party with the Election Commission of Pakistan.

Rizvibecame chief of the party, and started gaining popularity through his fiery speeches against PML-N and its severe campaign against the victims of the country’s blasphemy laws. His party, at various points in time, also ran campaigns against Ahmadis, a beleaguered religious minority, and incited violence against religious minority groups and individuals urging diverse people to lodge blasphemy cases against them. Rizvialso called for the hanging of former PM Sharif for his stance on Ahmadis’ rights.

The party, took on an aggressive tone against PML-N in particular; after its two-week long violent sit-in at Faizabad, Islamabad, in November 2017 against thepolitical regime for allegedly amending the law against Ahmadis.

The sit-in, allegedly backed by the military establishment, proved a launching pad for the TLP.It gave the party the political capital to register for the general elections. The party polled the third-largest number of votes in the Punjab and placed fifth in the country. It also won two provincial assembly seats in Sindh Assembly. Overall, it secured 2.19 million votes cost the PML-N more than a dozen National Assembly seats – an instance of allegedpolitical engineering by the military establishment in the elections.

The party apparently overreached itself after the surprise success in the general electionsand turned violent against the ruling Pakistan Tehreek-i-Insaf (PTI) after the government implemented the Supreme Court’s verdict to free Asia Bibi in November 2018. The TLP, once again, choked the country with violent protest, and its leaders – Rizvi and aides – started publicly criticising the government and the military establishment, including COAS Qamar Javed Bajwa, for “freeing Bibi under international pressure”.

Theprotest was then put down with an iron hand;its leaders were arrested and remained under detention forseveral months.They were later released through courts after submitting surety bonds that they would not issue provocative statements and would remain peaceful. Many, under pressure, even disassociated themselves from the TLP, and mentioned this in the surety forms.

In a recent televised interview, Saad Hussain Rizvi, the young son of late Rizvi who has succeeded him as chief of TLP, said his party will be back on the streets and stage a march if the demands agreed to by the government in the recent agreement signed in Islamabad are not met.

Rizvi too faced cases in the court. The TLP, also, did very poorly in by-elections, further strengthening the impression that it had been a tool of military establishment used to manipulate the general elections.

The TLP’s latest street show mid-November this year was when the party announced another sit-in in Islamabad against the government of France for officially publicising blasphemous caricatures of Prophet Muhammad (peace be upon him). Rizvi led the march in Rawalpindithree days before his death. After severe clashes with the law enforcement agencies, the group managed to have a sit-in at Faizabad but dispersed after successful talks with a government delegation. The agreement, signed by the TLP leadership and two federal government ministers, says that in two to three months the French envoy will be expelled, the French mission shall be closed and French products boycotted.

In a recent televised interview, Saad Hussain Rizvi, the young son of late Rizvi who has succeeded him as chief of TLP, said his party will be back on the streets and stage a march if the demands agreed to by the government in the recent agreement signed in Islamabad are not met.

Over these four years, the TLP, has appeared a strong group showcasing its street power. While it has seemingly lost its electoral strength, its capacity for street violence while exploiting sentiments around the blasphemy issue and finality of prophethood of Prophet Muhammad (peace be upon him) remains. The sit-in against France is a red flag to ponder seriously. According to independent expertsthe number of activists the TLP can mobilise can be debilitatingfor the law and order situation.

Hundreds of thousands of people lined up in Lahore to attend Rizvi’s funeral, to no one’s surprise. Historically, such groups have not enjoyedelectoral strength and have relied on support from other powerful actors. They are able to politicise sensitive religious topicssuch as blasphemy and Khatm-i-Nabuwwat, and can both tap into and nurture connected sentimentalities. The TLP, as is evident, will not dare speak against the military establishment again, but will remain an open option for the establishment to use against any political opponent. Theseeds of hatred and radicalisation have been sown and nurtured for a few years now.The harvest may continue to challenge societal harmony for a long time.

TLP chief Khadim Rizvi's funeral: This is not the end of the story 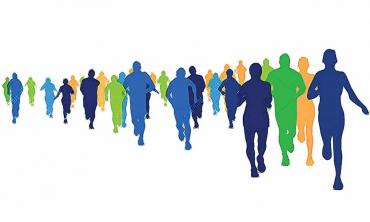 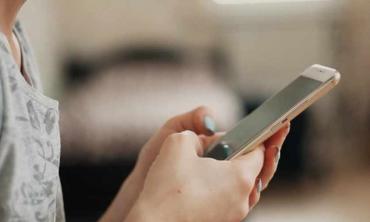 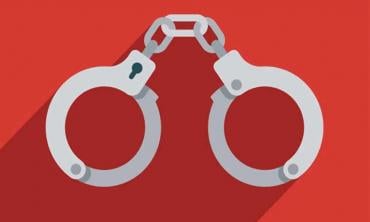 Not the mandate of the police