The latest closure of schools has not only exposed the weakness of our education system, but also added to the number of out of school children. In Khyber Pakhtunkhwa and Balochistan, a large number of school children are joining the religious seminaries. They will not only remain exposed to the threat of contracting Covid-19 but also lose their path to mainstream schooling.

On November 23, the government announced the closure of all educational institutions from November 26 to January 11. The decision was taken in a meeting of the Inter-Provincial Education Ministers’ Conference (IPEMC). The closure will include winter vacations from December 25 to January 10.

Students with online options will continue their studies through this mode of education. Respective provincial governments will make other arrangements for those lacking this facility.

The government also announced the cancellation of the examinations scheduled in December. The examinations for assessment and recruitment will continue. The Higher Education Commission (HEC) was directed to arrange online classes on an urgent basis for all university students. The universities have also been allowed to permit PhD students and those from far-flung areas to stay at hostels so that their studies are not affected.

Speaking on the occasion, Special Assistant to Prime Minister on Health Dr Faisal Sultan said the closure of the educational institutions was a timely decision to contain further spread of the coronavirus. “The prevailing coronavirus situation was kept in view,” he said. He said entry tests like the MDCAT and various levels of senior medical care training would be held as per schedule. Dr Sultan said all possible measures would be adopted to control coronavirus to avoid overloading of the already burdened health system.

Talking to The News on Sunday, Federal Education Minister Shafqat Mehmood said: “We have followed the advice of the NCOC as the second wave is affecting the country intensely. Students will get education from home till December 24 after which winter vacations will start from December 25 till January 11.”

The decision has exposed the weakness of the education system. Private educational institutions for the elite will be able to arrange online classes as they are already doing. Low-cost private schools and thousands of public schools and colleges are, however, in no position to provide the facility of online education.

Another outcome of the decision is a surge in unemployment amongst private school teachers.

Talking to The News on Sunday, All Pakistan Private Schools Federation president Kashif Mirza said: “We don’t agree with the government’s decision. It will further damage the education system, students, families and the national economy. The educational institutions can work smoothly with strict implementations of the SoPs.”

Mirza said more than 10,000 schools across Pakistan had already been closed permanently. “I fear that the latest closure of schools will jeopardize the existence of 20,000 to 25,000 more low-cost schools,” he said.

He said most of the public and private schools did not have the resources to provide online education. “Teachers and students of such schools will have no choice but to look for other options. Most of the students will either join the seminaries or get low-wage hazardous jobs. They will not come back to the schools. This will be a tragedy.”

Mirza said that 26.1 million children were currently studying in private schools and 21.9 million children in public schools. “As a result of previous lockdown, 13 million children from public and private institutions did not return to schools when they reopened,” claimed Mirza.

He said that out of 1.5 million teachers, 0.7 million did not come back as they had got into other work after remaining jobless for months. He said only 14 percent of schools in Pakistan had the capacity to offer online education.

The first had closure hit educational institutions in Balochistan, KP, interior Sindh and southern Punjab where thousands of private schools were shut down permanently because the school managements could not the building rents and salaries.

Nazar Muhammad, the Balochistan Private Schools Grand Alliance president, told The News on Sunday that he was running two schools before the outbreak of Covid-19. “I had to permanently shut down one of those after the first lockdown. It seems that I will now have to close the second one as well as we are unable to bear the expenses.”

“We don’t agree with the government’s decision. It will further damage the education system, students, families and the national economy. The educational institutions can work smoothly with strict implementations of the SoPs,” says Kashif Mirza, the All Pakistan Private Schools Federation chief

He said that 800 private schools in Balochistan were shut down permanently because of the previous lockdown. “Hundreds will not be functional after the recent decision to close the schools for nearly six weeks,” Nazar said.

“The fact is parents in Balochistan have started sending their children to religious seminaries. These children will not return to the schools. The trend is spreading in other provinces and may result in increase in extremism across Pakistan,” he said.

For its part Wafaqul Madaris al Arabia (a federation of religious seminaries) has rejected the government’s decision. Qari Hanif Jalandhri, the Waqaul Madaris secretary general, says: “The government has not consulted the Wafaqul Madaris before making the decision to close schools. Therefore, the seminaries will remain open.”

“We have a different system of examinations and classes that cannot be redesigned without prior consultations. Therefore, we cannot immediately close down the seminaries.”

Sindh Education Minister Saeed Ghani opposed the federal government’s decision to close all educational institutions. Ghani, in the NCOC meeting, proposed that students should not be promoted to the next grade without holding examinations. He suggested that only educational institutions having an enrolment exceeding 73 percent of their capacity at the primary level should be close, while classes six and above should continue.

“Examinations from grade nine to 12 should not be conducted in May and June next year. The matter should be postponed and a decision on it taken later keeping in view the pandemic situation.” He also said that all non-teaching activities in educational institutions should be stopped completely for a year.

Ghani sought soft bank loans to provide financial relief to small private schools and coaching centres. He said the interest on these loans should be paid by the federal government.

To a question about whether closing down schools was necessary, Dr Asad Aslam, the Mayo Hospital, Lahore, chief executive officer and co-chairman of the Punjab Corona Experts Advisory Board, said, “Yes, it was necessary because the virus is spreading rapidly.”

“The children don’t usually show early symptoms of Covid-19, but they can infect others. This decision to close the schools will save a big chunk of the population,” says Aslam.

Students have mixed reactions about the decision. A video went viral on the social media in which a group is chanting slogans in favour of Corona after hearing that their university has been closed. Another group, in another video, is seen praising Federal Education Minister Shafqat Mehmood for the decision.

Ayesha, a student at a private university in Lahore, told TNS: “My parents sent me to Lahore for quality education and spent a huge amount on fees and accommodation. Now, I have been asked to leave the hostel. It is really frustrating. We were already attending classes and living in the hostel with SOP and faced no problem.”

Hassan Sajid, a student at a public university, says, “It is depressing to stay home. The government should have evolved another strategy instead of closing educational institutes.” 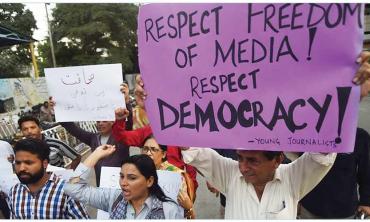 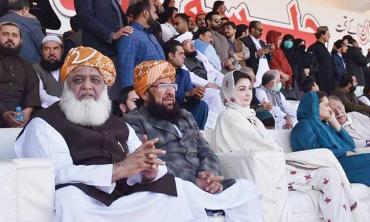 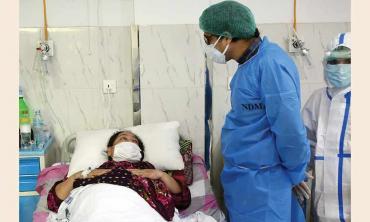